No cervical cancer by next 100 years? 62 million deaths could be averted; Here’s what Lancet study says

The twin studies, published in the journal Lancet, have revealed that over 60 million deaths could be averted in the world and the disease could be eliminated in the 78 countries that bear the highest burden of cervical cancer. 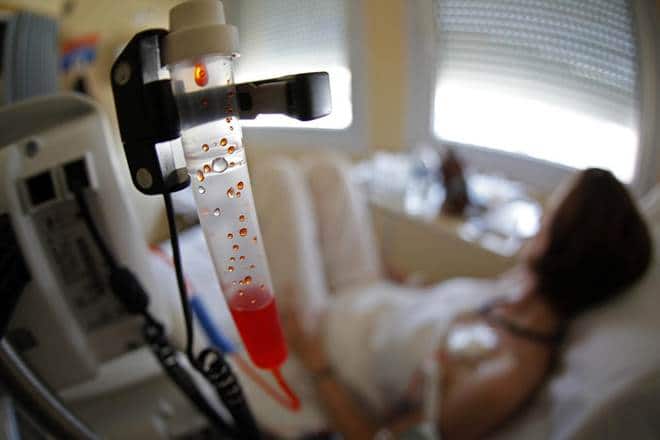 The researchers used the WHO draft strategy of cervical cancer elimination that defines vaccination plans against the causative agent of the disease. (Reuters)

In the second study, the researches analysed the elements of the WHO strategy – modelling the impact cancer treatment, vaccination and screening. Karen Canfell from the University of Sydney in Australia, who co-led both the studies, said that in merely 10 years, it was possible to reduce one-third of cancer deaths in the world. According to Canfell, as quoted by PTI, over the next century, lives of more than 60 million women could be saved. Apart from just lives being saved, it would also be an enormous gain in terms of quality of life led by these women.

Also Read
Yog Nidra: A perfect Guide for working professionals
Here’s how sitting can not not make you obese, but also also disrupt your sleep
The diabetes burden: How will India be affected
Lumpy Skin Disease: Safe to consume milk from infected cattle, says IVRI official

Escalading proper treatment of cervical cancer could avert 62 million deaths across the world. In order to achieve this target, it is important that high vaccination coverage is provided against the disease and that there are proper screening and treatment of the ailment. Based on the results of the studies, cervical cancer elimination strategy by the World Health Organisation (WHO) will be presented for adoption at the World Health Assembly in May 2020, as reported by PTI.

Follow us on
Latest News
US sanctions on Indian firm may abort Delhi’s plans to resume purchase of Iranian crude
Plan for extra excise duty on unblended petrol, diesel deferred
Fifth column by Tavleen Singh: The courtier’s rebellion
Across the aisle by P Chidambaram: Neglect duty, start controversy
The underdogs: Team lost, but one player took honours at President’s Cup
How 5G will change our lives
BETWEEN SIPS: That time of the year
Photos
Durga Puja 2022: Celebrations begin across India; devotes reach temples to pay respect |In Pictures|
13 hours agoOctober 1, 2022
Swedish Carl Gustaf M4 to be made in India, will be exported too
3 days agoSeptember 28, 2022
Prime Minister Narendra Modi attends Shinzo Abe’s funeral in Japan
5 days agoSeptember 27, 2022
Read More
×
Back with a bang: India’s biggest cultural events return after two years
Reforms: Looking beyond economics
Going dark: Can switching off lights help save energy?
The etiquette of voice notes: Know what to do and what not to while sending audio messages
The scary house of coins
Check some of the books that may interest you