Molnupiravir gets nod for emergency use in India: From how it works to countries who approved it, everything about antiviral pill

The drug developed by US-based biotechnology company Ridgeback Biotherapeutics in collaboration with US Pharma giant Merck can be used for the treatment of adult patients with Covid-19 and high risk of progression of the infection. 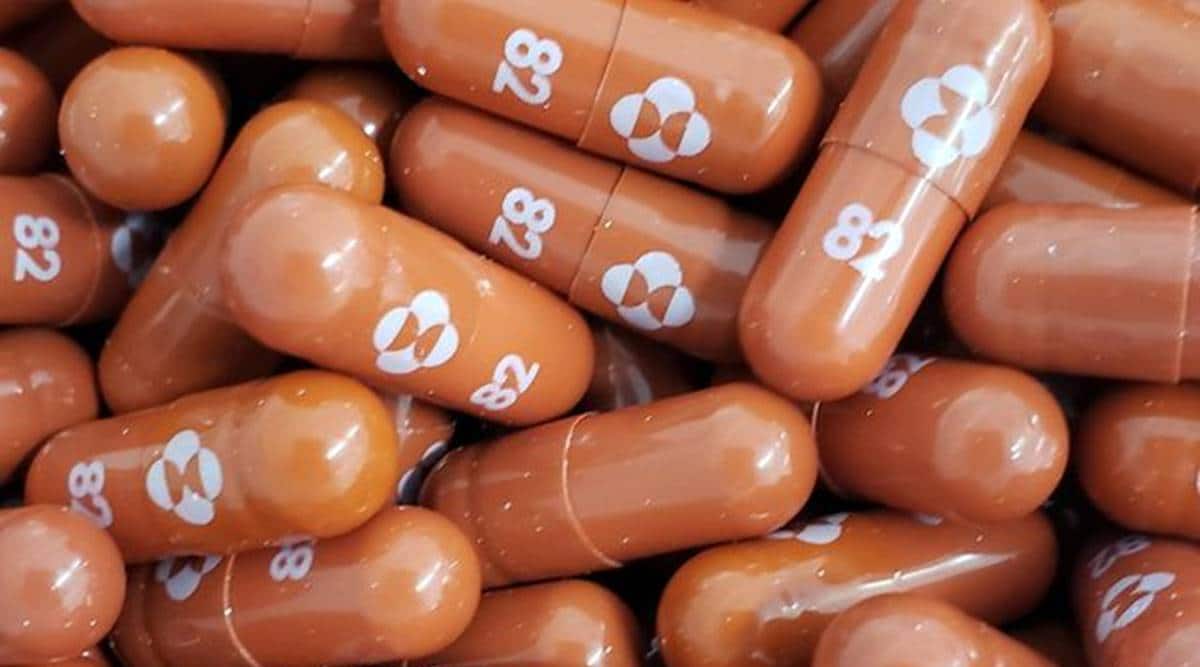 India’s first anti-viral Covid-19 pill Molnupiravir got the Indian drug regulator’s nod on Tuesday and now will be manufactured by 13 Indian drug manufacturers. The drug developed by US-based Ridgeback Biotherapeutics in association with another US-based Pharma giant, Merck and can be used for the treatment of adult patients with Covid-19 and who have higher risk of progression of the infection.

Molnupiravir (MK-4482, EIDD-2801) developed to treat influenza has been remodeled to be used for the treatment of Covid-19 patients. The anti-viral pill works by introducing errors into SARS-CoV- genetic code and hence prevents the virus from replicating. The oral pill needs to be taken every 12 hours for five days in four 200 milligram capsules.

Has Molnupiravir been cleared in any other nation?

On November 4, the United Kingdom approved the drug. The Medicines and Healthcare products Regulatory Agency (MHRA) in a statement said that the drug prevents the virus from multiplying by interfering with its genetic code and restricting its replication and thus keeps the virus level slow and reduces the severity of the disease.

Molnupiravir, according to MHRA has been found to be ‘safe and effective’ after undergoing “stringent review of the available evidence. Hence the regulators has authorised its use on Covid positive persons with mild or moderate level infection and has at least one risk factor for developing severe illness, the risk factors being obesity, diabetes, older age or a heart condition.

Status of approval for the drug in the US

The US drug controller authority gave a go ahead to Molnupiravir for emergency use authorisation administration on “certain adults” diagnosed with  mild to moderate Covid-19 found over viral testing and are at high risk for the infection to progress to severe Covid-19, including chances of hospitalisation or even death.

Indian companies that will manufacture the anti-viral pill in India

Next Story
Asia keeps omicron at bay, but a surge may be inevitable