The city government-run hospital has been the nerve centre of Delhi’s fight against the COVID-19 pandemic since its outbreak here in March 2020. 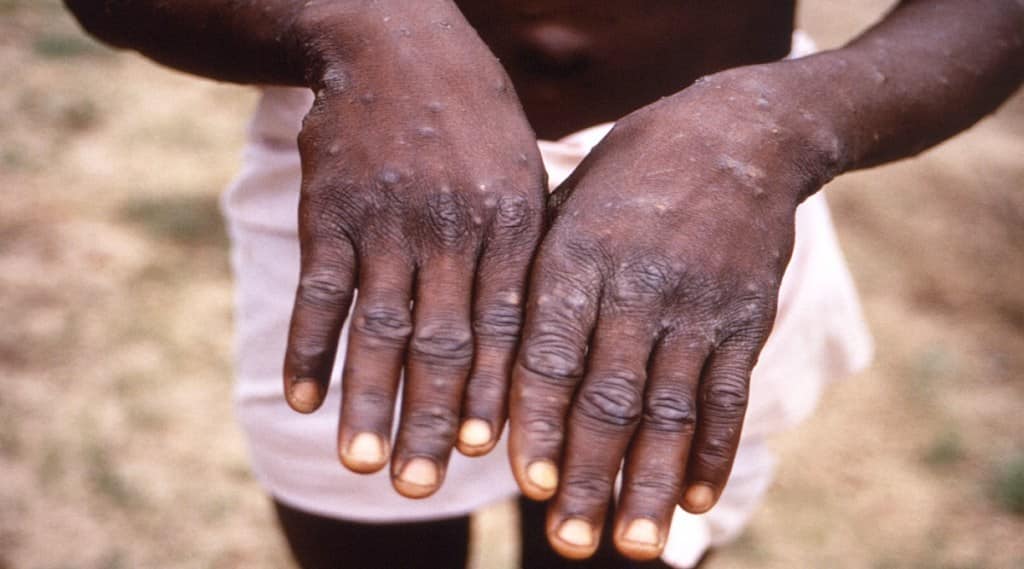 India reported its first case of monkeypox on Thursday, with a Keralite who returned from the UAE testing positive for it. (File photo: Reuters)

In the wake of the first case of monkeypox being reported in the country, the Delhi government has made LNJP Hospital the nodal centre for management of the rare viral infection, with starting of training of the doctors there, a senior official said on Saturday.

The city government-run hospital has been the nerve centre of Delhi’s fight against the COVID-19 pandemic since its outbreak here in March 2020.

“India has reported the first case of monkeypox in Kerala. We are on alert and LNJP Hospital has been made the nodal centre for management of monkeypox cases if anything happens in future,” the senior official said. There is need to be “vigilant, but no need to panic,” he said.

Also Read
Yog Nidra: A perfect Guide for working professionals
Covid-19 Vaccine Certificate: Here’s how to download it from CoWin portal, Aarogya Setu app
Repercussions would have been less grave if govt acted on time during second wave of Covid: Parliamentary panel
Easy to use, more effective and cheap, nasal Covid vaccines can be game changer: Scientists

India reported its first case of monkeypox on Thursday, with a Keralite who returned from the UAE testing positive for it.

The incident has prompted the Centre to put together a high-level multi-disciplinary team to collaborate with the state health authorities in instituting public health measures.

LNJP Hospital in Delhi has 2,000 beds and is the largest facility under the city government.

“We have started training doctors and SOPs (standard operating procedures) being laid down for management of monkeypox, even though the experience of managing COVID-19 would surely help our team, as wearing of PPE kits and mask and other protocols are essentially same for this viral disease too,” the official, who is also a senior doctor, said.

Sources said the authorities will also plan setting up of isolation facilities for confirmed and suspected cases, sources said.

“As of now, eight patients admitted, and all of them are stable,” the official said, when asked about number of people with the infection admitted in the LNJP.

Management of monkeypox would be similar to the way the hospital team managed the COVID pandemic, he added.

Before being reported in India, several cases of monkeypox were reported from Britain, Italy, Portugal, Spain, Sweden, and the US.

According to the World Health Organisation (WHO), monkeypox is a viral zoonosis (a virus transmitted to humans from animals) with symptoms similar to those seen in the past in smallpox patients, although it is clinically less severe.

Monkeypox was first discovered in 1958 in monkeys kept for research. The first human case of monkeypox was recorded in 1970. The disease occurs primarily in tropical rainforest areas of Central and West Africa and is occasionally exported to other regions.

According to the WHO, monkeypox typically presents itself with fever, rash and swollen lymph nodes and may lead to a range of medical complications.

Country’s first case of monkeypox in Kerala was confirmed through the testing of the samples of the symptomatic person at the National Institute of Virology, Pune, state’s Health Minister Veena George recently said.

It was reported on a day when the Centre had asked states to ensure screening and testing of all suspect cases at points of entry and in the community as part of India’s preparedness against the infection All measures have been taken to prevent the spread of the infection, the minister had said, adding there was no cause for concern.

Kerala Chief Minister Pinarayi Vijayan, in a statement, too had said there was no cause for concern presently and said just like the spread of COVID-19 was checked, monkeypox too can be contained.

In a recent advisory that came amid rise in such cases globally, the centre asked the states and Union territories to identify hospitals and ensure adequate human resources and logistic support to manage any suspected or confirmed monkeypox case.