HIV Stigma: Effects of harmful myths and what can be done 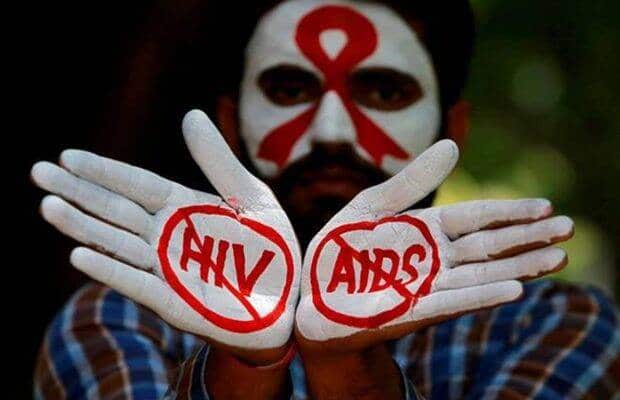 The stigmas associated with HIV

The stigma associated with HIV is age-old and has led to forming various prejudices and discrimination against people living with this condition. These prejudices date back to the 1980s when the virus led to the HIV and AIDS epidemic. However, what is indeed surprising is that these myths surrounding HIV continue to rule our lives even in the 21st century as well! Enclosed are some of the major stigmas linked with HIV and their impact on the lives of the people dealing with this condition-

HIV affects a certain section of the population

The virus can affect anybody and any group of people irrespective of their gender, ethnicity, or sexuality. Adding to it, it is not just spread via sexual contact with an infected person. It can also be transmitted through sharing needles or drug equipment, or even from the mother to the baby.

HIV can be transmitted through touch

HIV is not a communicable disease and cannot infect the other person by shaking hands, touching, or even being in the same room with people living with HIV. It can be transmitted only via blood, semen, pre-seminal fluid, rectal fluids, vaginal fluids, or breast milk.

Over the years, due to advancements in the medical field, HIV treatment options have improved significantly. New antiretroviral drugs have improved the life expectancy of people living with HIV.

The impact of these stigma on the people living with HIV

The social stigma around HIV often leads to gossip, resentment, rejection, bullying, abuse, and harassment. The people living with HIV even face discrimination and prejudice at their workplace and are also denied the deserving opportunities. Due to the taboo created in society, the feeling of shame that is often associated with HIV leads to people not seeking required medical life-saving assistance.

Busting the myths and bringing about a change

To deal with this issue effectively, the dire need is to spread awareness about the facts associated with the condition along with the important ways through which we can fight against these misconceptions.

According to UNAIDS, approximately 37.3 million people were living with HIV at the global level last year. Out of these, approximately 27.5 million people were accessing antiretroviral therapies as of December 2020 as compared to 7.8 million in 2010. As reported by the National Aids Control Organization, India HIV Estimation 2019 Report states that the overall estimated adult (15-49 years) HIV prevalence trend has been declining in the country since the epidemic’s peak in the year 2000 and it has been stabilizing ever since.

These statistics are indicative of the fact that educating oneself and others about the factual information associated with HIV can help break these stigmas. Sharing experiences of the people who are dealing with this condition can help people with HIV to learn about how they can be supported and cope with the condition.

Being mindful in our communication

Being mindful in our communication and choosing words wisely can also help reduce the stigmas surrounding people with HIV. Words or phrases such as ‘HIV-infected’, ‘unsafe’ or ‘high risk’, carry negative associations. Hence, we should refrain from using these words and should rather use neutral terminology such as ‘people living with HIV’.

We need to stand up against discrimination and actively speak up if and when we encounter anybody speaking negatively, misbehaving with people living with HIV, or spreading misinformation about the condition. Collaborating with NGOs and supporting HIV at the community level also can play an important role in breaking down the stigmas. Simple acts such as volunteering, donating, and spreading awareness can contribute in bringing about a change in the society for the better!

As per WHO, HIV continues to be a major public health issue having taken 36.3 million lives so far. What needs to be understood is that HIV stigmas can have a profound negative impact on people. They often lead to prejudices and discrimination at various levels. However, in the modern times that we are living in, one can easily put an end to the myths that rule our lives. All it needs is the will to bring about a change for the better and the desire to put in an ounce of effort for the same. With increasing access to effective HIV prevention, diagnosis, treatment, and healthcare management options, people with HIV infection can be empowered to lead long and healthy lives!

(The author is Senior Consultant – Feto Maternal Medicine & Medical Director – Milann Fertility & Birthing Centre, JP Nagar, Bangalore. The article is for informational purposes only. Please consult medical experts and health professionals before starting any therapy, medication and/or remedy. Views expressed are personal and do not reflect the official position or policy of the Financial Express Online.)