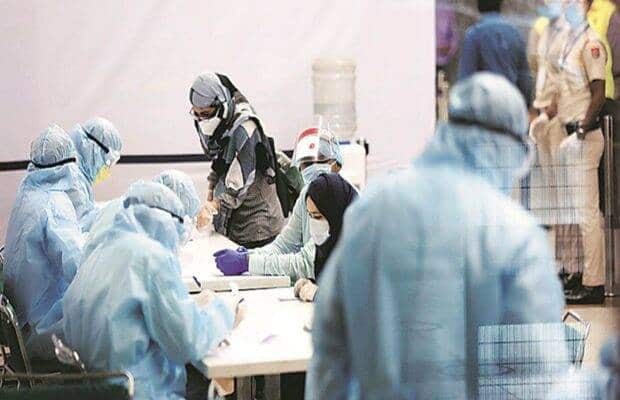 The study found that how the effect of neutralising antibody wanes differs over time after mixed spike encounters.

A person’s previous type of Covid-19 infection and its nature is a determining factor in the body’s immune response against future variants, a study conducted by the researchers from the Imperial College and Queen Mary University of London suggested. The study said that the exposure to the virus and the spike protein that the person encounters impart different properties that affect the immune system’s ability to protect against current and future variants, reported PTI.

Exposure to different spike proteins can reduce or enhance responses to variants and has an important implication for future proofing vaccine design. Each Sars-Cov-2 variant has different mutations in the spike protein, Professor Rosemary Boyton, from Imperial College’s Department of Infectious Disease said. An individual’s protective immune responses are affected by the strain or combination of strains of SARS-CoV-2 infection they were exposed to. The study found out that mutations in the spike protein shape the antibody and T-cell responses of an individual and determines who is susceptible and how much. Hence as the vaccine has a waning effect, it is important to take a booster dose to not fall prey to Delta breakthrough , suggests Professor Danny Altmann from Imperial College’s Department of Immunology and Inflammation.

Professor Danny pressed on the importance of vaccine booster dose and is hopeful that the research findings will help researchers create vaccines that can broaden immune responses more to protect against new variants Vaccine makers now need to enhance the breadth of protection than tweaking the vaccines with the latest variant spike sequences.

The study was carried out on 731 healthcare workers after two doses of Pfizer/BioNTech vaccine to understand their immune response to infection by variants of concern.

The study found how the effect of neutralising antibody wanes differs over time after mixed spike encounters. Moreover, the levels of spike antibodies measured three weeks after the second vaccine dose were high, yet response towards Delta has fallen to zero, five months after the second believed dose. With the third dose the antibody response spiked.

Although the new Omicron variant remains under study, researchers believe “immune imprinting” could mean a very different impact of the mutation in different parts of the world.