“The Covid positivity rate has come down from 30 per cent to 22.5 per cent in Delhi. The rate should be half of it. We will monitor the situation for three to four days,” the minister said on reviewing the curbs in the city. 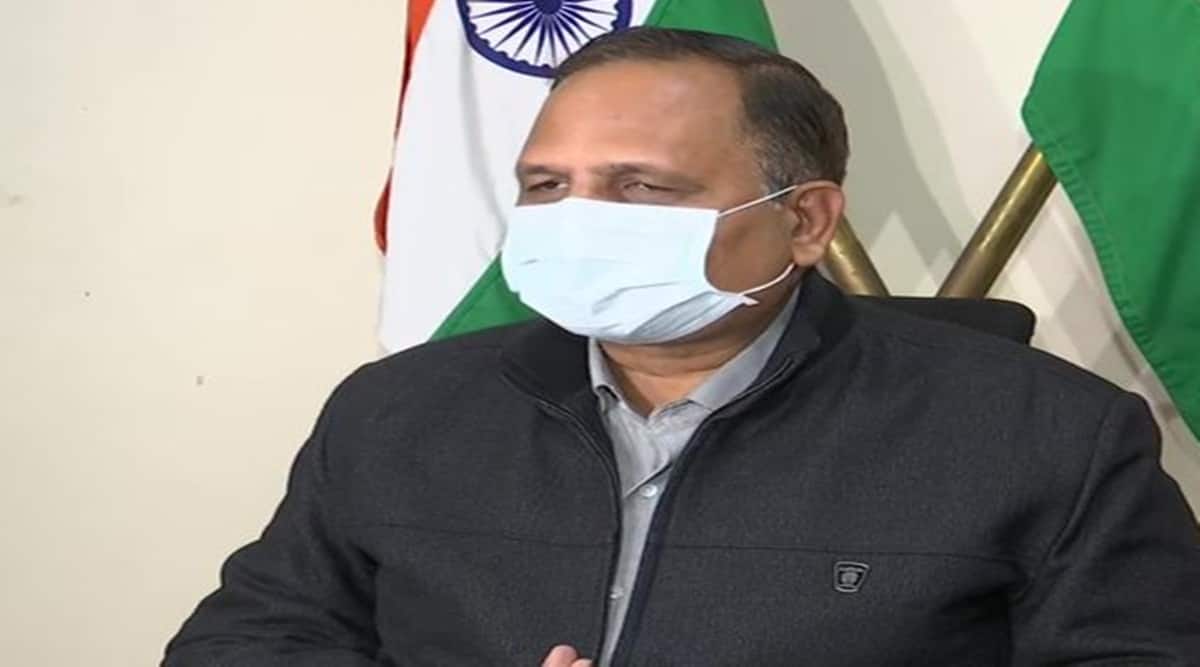 Delhi Health Minister Satyendra Jain on Wednesday said COVID-19 positivity rate in the city is not low enough to lift the restrictions imposed to contain the spread of the infection and that the government will monitor the situation for three to four days.

He also said the city is likely to see around 13,000 cases on Wednesday, with a positivity rate of around 24 per cent. “The Covid positivity rate has come down from 30 per cent to 22.5 per cent in Delhi. But it is not that low that all the curbs can be lifted suddenly… The rate should be half of it. We will monitor the situation for three to four days,” Jain said when asked about some traders’ protest over DDMA’s odd-even arrangement for opening of shops.

The positivity rate stood at 30.6 per cent on Saturday, the highest in the ongoing wave of the pandemic so far, 27.9 per cent on Sunday, 28 per cent on Monday, and 22.5 per cent on Tuesday. The minister said daily hospital admissions have not increased for one week.

“We have prepared 37,000 Covid beds, of which only 15,600 beds have been released. Only 17 per cent of the beds are occupied, which is why we are not releasing more beds,” he said.

Jain reiterated that the ongoing wave of the pandemic has peaked and is on the decline in Delhi. “We hope that its descent is as sharp as its rise. Let us wait for a few more days,” he said. Responding to a question about low rate of testing in Delhi, the health minister said no one is being denied a Covid test and the authorities are following the guidelines issued by the Centre.

“They said high-risk contacts of Covid patients and those with symptoms should be tested. On Tuesday, they clarified that tests be conducted in some pockets in the community too, which we are doing,” he said. Delhi had been conducting 50,000 to 60,000 coronavirus tests daily for the last six months, he added.

On the Centre asking states and Union territories to ramp up testing again, Jain said, “Maybe other states are doing fewer tests, but the number of tests in Delhi is three times than in other parts of the country. We will increase the rate even further.”