The resident doctors in the city had been on strike and suspended the emergency and regular services in various hospitals in the city. 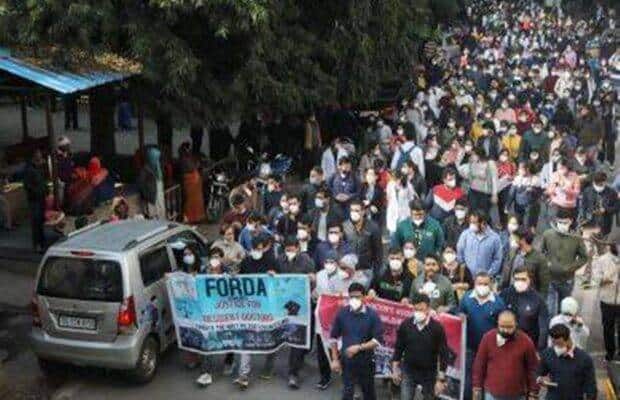 Aggrawal also said that ward and OPD services may remain affected in these hospitals, however emergency services will resume in all hospitals across the city (Credit: The Indian Express)

In a welcome development for Delhites, the health facilities in the national capital are expected to be functional from today as the ongoing strike of the Federation of Resident Doctors’ Association (FORDA) has been put on hold for a week.

The decision to put the strike in abeyance was taken after the doctors held a meeting with the officials from the Union Ministry of Health and Family Welfare. The Health Ministry officials had requested the doctors that health services be resumed in the national capital, Dr Anuj Aggarwal who is the general secretary of RDA Safdarjung Hospital was quoted as saying.

In a formal statement released after holding the strike, the FORDA said that Health Ministry officials have assured that the matter will be resolved within a week. It further said that the Prime Minister’s Office (PMO) is also tracking the issue keenly and a plea was issued by the Health Ministry to fast-track the court hearing on the matter.

Aggrawal further said that though the FORDA has decided to put the strike on hold, there is a section of resident doctors at hospitals like GTB hospital and GB Pant where doctors have refused to listen to the FORDA and are continuing their strike. Aggrawal also said that ward and OPD services may remain affected in these hospitals, however emergency services will resume in all hospitals across the city.

The FORDA also said that apart from the assurances issued from the government side, the strike was also put on hold due to the prevailing circumstances in the country after the tragic death of Chief of Defence Staff General Bipin Rawat along with other defense personnel in a helicopter crash on December 08.