The huge spike in fresh cases in the last few days in Delhi is being recorded amid a significant jump in cases of the new Omicron variant of coronavirus in the city. 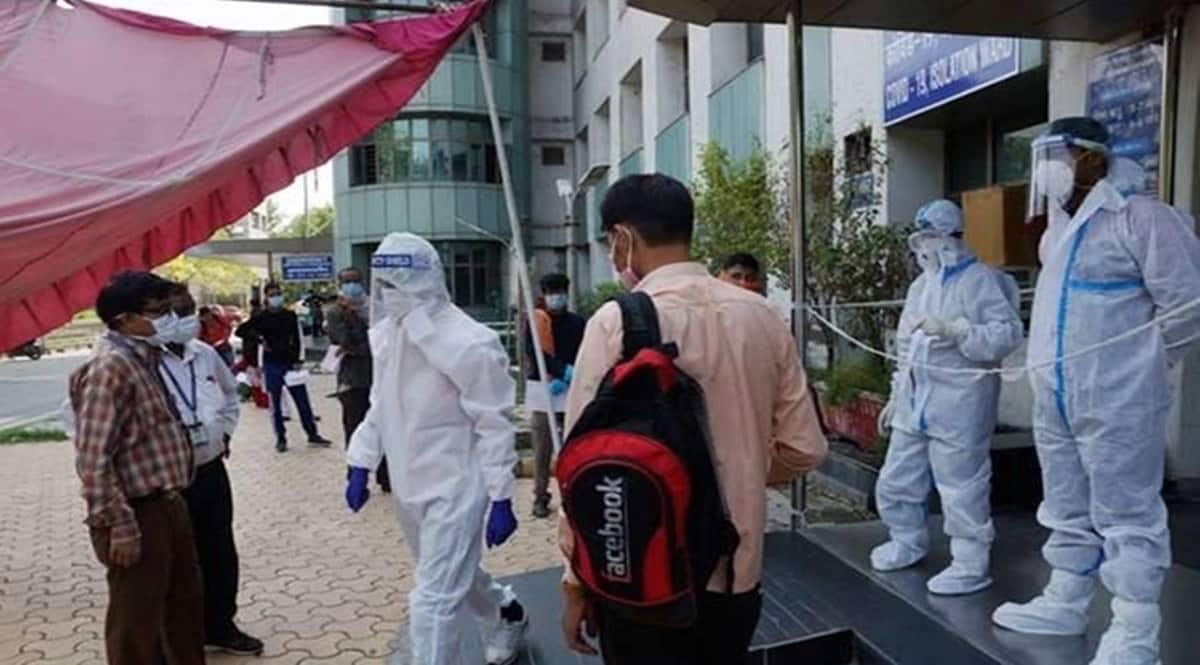 Over 14.19 lakh patients have recovered from the infection.

Delhi on Sunday added 3,194 infections to its Covid case tally with a positivity rate of 4.59 per cent but Chief Minister Arvind Kejriwal asked people not to panic, saying most patients are either asymptomatic or have very mild symptoms and do not need hospitalisation.

Sunday saw the highest single-day rise in Covid cases since May 20 and it was 17 per cent higher than the 2,716 infections registered a day before. The city also reported one fatality due to the disease taking the death toll to 25,109.

Experts believe that a large number of the new cases have been caused by the highly contagious Omicron variant.

The case positivity rate is at a hair’s breadth from the five per cent mark, which if recorded for two consecutive days would trigger a ‘red alert’ under the Delhi Disaster Management Authority-approved Graded Response Action Plan (GRAP).

It would lead to a ‘total curfew’ and halting of most economic activities.

On Friday and Thursday, 1,796 and 1,313 cases were recorded with a positivity rate of 1.73 per cent and 2.44 per cent respectively, according to official figures. The daily case tally on Wednesday, Tuesday and Monday were 923, 496 and 331, respectively.

The huge spike in fresh cases in the last few days in Delhi is being recorded amid a significant jump in cases of the new Omicron variant of coronavirus in the city.

“A new variant fuels a new wave of infections. We saw the Delta variant dominate during the second wave and it accounted for up to 70 per cent of the total cases,” said Dr Jugal Kishore, head of the Community Medicine Department, Safdarjung Hospital.

“The transmissibility is more in the case of Omicron because there are more changes (35) on its spike protein. So, the contribution in total cases can be more. Omicron is certainly the reason behind the surge,” Dr Kishore said.

The number of cumulative cases on Sunday stood at 14,54,121. Over 14.19 lakh patients have recovered from the infection.

Nine COVID-19 deaths were reported in the city in December last year, and seven in November, according to official data. Delhi had recorded four Covid deaths in October and five in September.

According to the Sunday bulletin, of the 9,024 dedicated Covid beds in Delhi’s hospitals, only 307 were occupied, including by suspected cases. Of the 238 Covid patients in hospitals, 94 need oxygen and four are on ventilator support.

Delhi Chief Minister Arvind Kejriwal on Sunday said though the city is witnessing a sharp spike in the number of daily cases and active cases of coronavirus, there is no need to panic as most patients are asymptomatic or have very mild symptoms and do not need hospitalisation.

He presented data to show that despite an increase in the number of COVID-19 cases, oxygen bed occupancy is less than one per cent in hospitals and is very low as compared to the deadly second wave of coronavirus in April last year.

“Currently, the number of active cases in the city is 6,360 and today (Sunday) 3,100 new cases are expected to be reported. All cases are mild and most of them don’t need hospitalisation,” the chief minister said in a virtual press conference.

“I am presenting this data to show that the coronavirus cases at present are very mild and there is no need to panic. We have to act responsibly, wear masks, wash hands regularly and follow social distancing norms,” Kejriwal said.

On December 28, the DDMA declared a ‘yellow alert’ under the GRAP amid a spike in Covid cases following the emergence of the coronavirus’ Omicron variant.

A day later, it decided that Covid-related curbs under the “yellow alert” would continue and the authorities would monitor the situation for a while before deciding on fresh restrictions.

According to GRAP, the Yellow or Level 1 alert kicks in if the case positivity rate crosses 0.5 per cent for two consecutive days or cumulative daily positive cases (seven-day rolling average) cross 1,500 or average oxygenated bed occupancy (seven-day average) is above 500.

The Amber or Level 2 alert is imposed if the case positivity is more than 1 per cent for two consecutive days, or cumulative daily average cases are 3,500 or if bed occupancy is over 700.

Level 3 (Orange) and Level 4 (Red) alerts can be considered if the positivity rate is over 2 per cent and 5 per cent respectively. Other criteria for level 3 and level 4 alerts are 9,000 and 16,000 cumulative daily cases and 1,000 and 3,000 occupied beds respectively.