A total of 18,795 healthcare workers received their first jab in the national capital till Thursday. 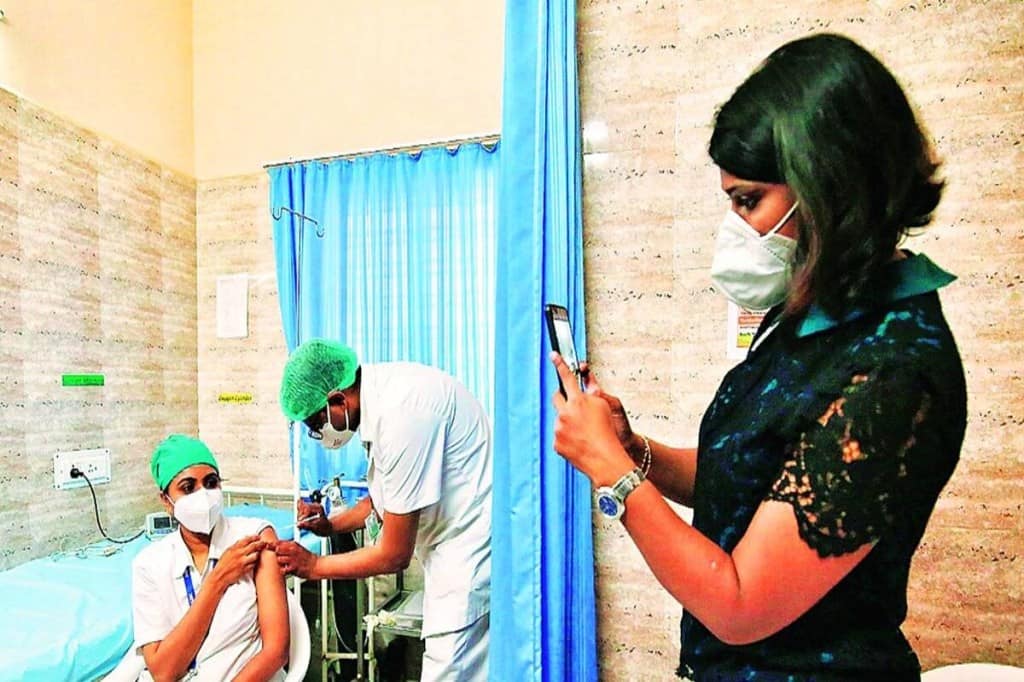 Private hospitals in Delhi witnessed more number of health workers getting inoculated in its first four days of the Covid-19 vaccination drive compared to government-run hospitals. The difference in attendance was more than double, according to the data collected from all the healthcare facilities that turned to vaccination centres. A total of 18,795 healthcare workers received their first jab in the national capital till Thursday.

Data collected from 10 Delhi hospitals, both private and government, showed that in the seven government hospitals where vaccination took place, 1, 151 (41 per cent) workers were administered shot against 2, 800 registered in the Co-WIN app. On the other hand 1, 035 (86 per cent) doctors and other healthcare workers were administered dose in private hospital against a target of 1,200.

Dr D S Rana, chairman of the board at Sir Ganga Ram Hospital informed Indian Express that since the Co-WIN app showed glitches, they asked all healthcare workers to turn up for inoculation, automatically improving the numbers.

Rajiv Gandhi Super Speciality Hospital (RGSSH) faced the lowest turnout of only 74 healthcare workers taking the jab in four days. Lok Nayak Hospital became the only government hospital to meet its target of vaccinating 100 beneficiaries in one day, accomplishing so on Thursday.

Centre-run hospitals such as AIIMS, Ram Manohar Lohia Hospital and Lady Hardinge Medical College comparatively received a better response. Healthcare workers are being administered Bharat Biotech’s Covaxin, according to a report by The Indian Express. Resident doctors of Ram Manohar Lohia Hospital on the first day of vaccination also wrote a letter to the medical superintendent, stating that they might not participate in the immunisation drive in large numbers as they are “a bit apprehensive” about Covaxin.

Experts, however, credit the user-friendly environment of private hospitals for more turnout. According to Sunil Garg, a public health expert, the difference is in the provision of care. At private healthcare facilities, the communication between provider-beneficiary is more personal, a quality that government hospitals should also inculcate in their systems.