COVID-19: States ignore WHO recommendation on Ivermectin, here’s what doctor who wrote white paper on the drug has to say

Dr Surya Kant said it was only after Australia started including Ivermectin in its protocol for COVID-19 treatment significantly, the WHO started thinking about the drug. 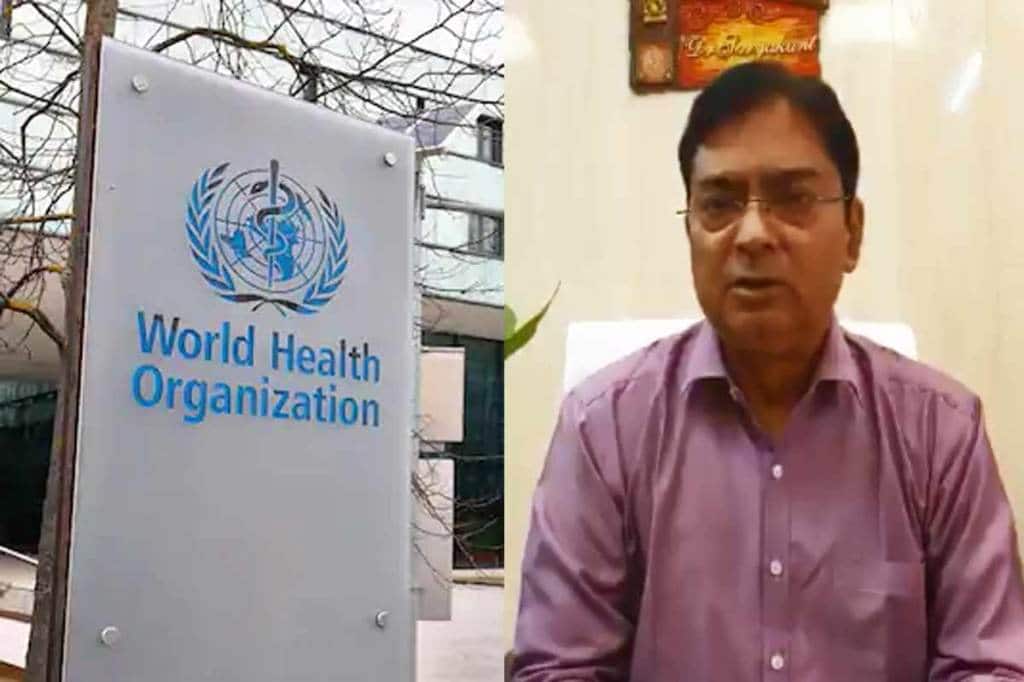 The World Health Organisation (WHO) recently recommended that antiparasitic drug Ivermectin must be used to treat COVID-19 patients within the clinical trials only. The WHO sighted lack of conclusive data behind this recommendation, which is applicable to “patients with COVID-19 of any disease severity.” Despite this, some states – including Uttar Pradesh and Maharashtra – are using the drug off-label for not only the treatment of coronavirus patients but also as prophylaxis against COVID-19. Ivermectin, also referred to as a ‘wonder drug’ by many, is usually used to treat parasitic infections like onchocerciasis (river blindness), trichuriasis, scabies, strongyloidiasis, and other diseases caused by soil-transmitted helminthiasis. But, Uttar Pradesh has prescribed it as part of a protocol to treat mild and moderate cases of COVID-19.

Moreover, rapid response teams in the state have been ordered to distribute Ivermectin to people under home isolation. The teams of doctors who assess asymptomatic patients are even asking primary and secondary contacts of confirmed cases to take this drug in order to prevent any possible infection. When asked about the decision to continue the usage of the drug for the treatment of COVID-19, Dr Surya Kant Tripathi – Head, Respiratory Medicine Department, King George Medical University, Lucknow – told Financial Express Online that Ivermectin is being used both for the treatment of coronavirus patients and as prophylaxis for COVID-19 for more than nine months without any major side effects being reported.

“The drug is being majorly used for the treatment of COVID-19 when patients are under home isolation and also in all mild cases of the disease. It is true that we have not used the drug in severe cases. But this is also a fact that even healthcare workers shifted from the prophylaxis of hydroxychloroquine to Ivermectin. This is because we observed that 17 per cent of healthcare workers using hydroxychloroquine developed one or another kind of side effects,” Dr Surya Kant – who is also national vice chairman of IMA-AMS – said.

India emerging as the next best destination for medical tourism post-COVID-19 pandemic!

It must be noted that Dr Surya Kant, along with some other health experts of India, wrote a white paper on Ivermectin last year and it was displayed on the website of the World Health Organization. Dr Surya Kant also emphasized that this drug reduces the replication rate of the infection by several thousand times. It was only after this white paper when Uttar Pradesh government started using the drug. UP was the first state to use Ivermectin for treatment of COVID-19 and it has been extensively used since then, the doctor of KGMU said.

“Not only Uttar Pradesh, governments of West Bengal, Maharashtra, and Assam too included Ivermectin in their protocol for the treatment of COVID-19,” he added.

When asked about the lack of clinical trial data on Ivermectin, Dr Surya Kant said that over 40 such trials are underway, and not one has reported any major side effects yet. “More than 40 clinical trials are underway, including eight in India. This includes the most prestigious institute in India i.e. AIIMS Delhi. The trial underway at AIIMS is also on five different types of doses of Ivermectin, which is a very important issue. So, all kinds of trials are underway. My whitepaper was published in the month of July 2020. In the whitepaper, 19 Indian experts have contributed. They collected and compiled all data available on Ivermectin since 1981, when the drug was introduced to the world. Both researchers (William C. Campbell of US and Satoshi Ōmura from Japan) who discovered this drug won the 2015 Nobel Prize in Physiology or Medicine for discovering this drug. It has got more than four properties – anti-viral, anti-parasitic, anti-cancer, and even anti-HIV. This is a wonderful drug, low cost, widely available and used for last 40 years throughout the world.”

Hygiene and Sanitation: What are the trends that will be the highlight of 2021?

He went on to say that anti-viral drug remdesivir has failed drastically. “All trials are saying that this drug is not effective in the treatment of COVID-19, rather it is complicating and resulting in mortality of patients. At so many centers, remdesivir trails were stopped. Also, remdesivir is costing minimum of Rs 5,000 per vial.

Dr Surya Kant said it was only after Australia started including Ivermectin in its protocol for COVID-19 treatment significantly, the WHO started thinking about the drug.

“Australia has triple therapy protocol for COVID-19 which includes Ivermectin, Zinc, and Doxycycline. This is being widely used in Australia and it controlled the spread of COVID-19 very well. Bangladesh too has successfully implemented this protocol of Ivermectin. It was only after Australia successfully controlled the disease, WHO started talking about this ‘wonder drug’,” he said.

When asked whether he would approach the WHO over its recommendation, the national vice chairman of IMA – AMS said he has not read the complete recommendations of the WHO. “But I will go through it and will definitely write back to them,” Dr Surya Kant said.