Experts say an omicron-driven surge could continue for five to eight weeks and push daily cases to over 100,000. 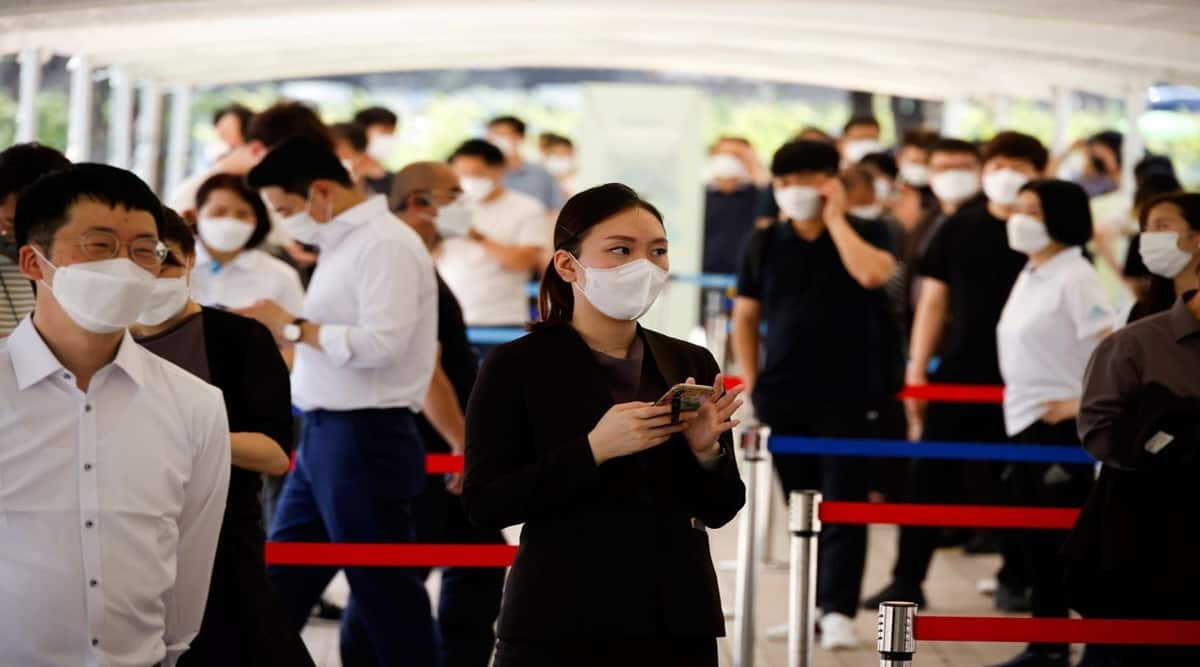 South Korea plans to add hundreds of small neighborhood hospitals and clinics to treat the thousands more people expected to get COVID-19 during a developing omicron surge.

Health officials announced the plans Friday as South Korea’s daily cases reached a new high for a fourth straight day. The 16,096 new confirmed infections were double the number reported Monday. Experts say an omicron-driven surge could continue for five to eight weeks and push daily cases to over 100,000.

Officials have scrambled to reshape the country’s pandemic response, including increasing at-home treatments, reducing quarantine periods and expanding the use of rapid testing kits while mostly saving lab tests for high-risk groups.

The country’s response to COVID-19 had mainly depended on big hospitals with advanced equipment and more beds. Officials are now trying to mobilise smaller hospitals and clinics to diagnose and monitor possibly tens of thousands of people with mild or moderate cases who would be treated at home in coming weeks.

Health Minister Kwon Deok-cheol said it has become inevitable to expand outpatient treatment and concentrate crucial resources to high-risk groups, including people in their 60s and older or those with pre-existing conditions, considering the speed of infections driven by omicron.

Lee Ki-il, the deputy health minister, said officials are closely consulting with doctors’ groups while aiming to designate around 1,000 small hospitals and clinics for COVID-19 treatment by early February.

The facilities will be required to reserve separate spaces or treatment hours of people suspected of COVID-19, while the doctors will conduct or arrange tests, prescribe Pfizer’s Paxlovid antiviral pills and monitor patients at home through phone.

“Currently (our medical system) has a capacity to handle the at-home treatments of 80,000 people, and we will be able to push that capacity up to 110,000 or 120,000 people,” Lee said during a briefing. Officials say around 13,000 patients were being treated at home as of Thursday.

Omicron has become the dominant variant globally and more easily infects those who have been vaccinated or had COVID-19 previously. But vaccination and booster shots still provide strong protection from serious illness, hospitalisation and death.

More than 85 per cent of South Korea’s more than 51 million people have been fully vaccinated and more than half have received booster shots. Still, there are concerns that a sudden explosion in infections could overwhelm hospitals and cause disruption at workplaces and essential services by constantly placing huge numbers of people under quarantine.

South Korea also said Friday it will lift entry bans on short-term travelers from South Africa and 10 other African nations starting Feb. 4. Those border controls were placed late last year when South Korea began reporting its first omicron cases, but officials say such measures are no longer meaningful when the variant is already dominant across the world.

Officials also from Feb. 4 will reduce the quarantine periods for travelers arriving from abroad from 10 to seven days. Passengers will need to present documents showing that they had tested negative for the virus within 48 hours upon entering the country, the Korea Disease Control and Prevention Agency said.