Covid cases with the new variant B.1.1.529 have shot up in South Africa’s Gauteng province including Pretoria and Johannesburg and can be present in other provinces as well 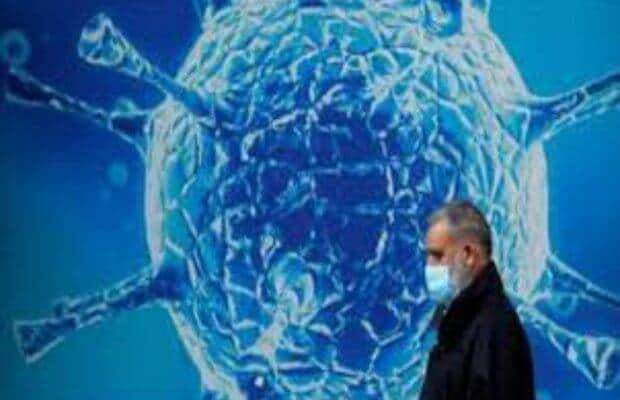 Covid-19 Omicron variant update: SARS-CoV-2 the viral strain that causes Covid-19 infection has been undergoing multiple mutations ever since it was detected in China in 2019. The World Health Organization (WHO) has classified a new mutant strain that alters the behaviour of the virus, widely circulating in South Africa as a ‘variant of concern’(VoC), and named it ‘Omicron’ variant.

The B.1.1.529 variant was first reported to WHO from South Africa on 24 November 2021 after the Network of Genomics Surveillance (NGS-SA) there detected a group of related SARS-CoV-2 viruses, that belong to a lineage named B.1.1.529. The early assessment by Technical Advisory Group on SARS-CoV-2 Virus Evolution and NGS-SA says this new variant can be even more transmissible than the last VoC, Delta variant, and can invade immunity offered by current vaccines.

What has been found about Omicron variant so far

Health authorities around the world and Technical Advisory Group on SARS-CoV-2 Virus Evolution at WHO constantly monitor the new variants of SARS-CoV -2 to identify which ones are important or dangerous in terms of transmissibility and severity of infection among others.

Preliminary investigation so far is B.1.1.529 has multiple spike protein mutations and is highly infectious. Moreover, South Africa reported a four-fold increase in new cases in the last two weeks coinciding with the emergence of B.1.1.529.

Covid cases with the new variant B.1.1.529 have shot up in South Africa’s Gauteng provinc including Pretoria and Johannesburg and can be present in other provinces as well. Moreover, NGA-SA suggests cluster outbreaks have led to a sustained increase in cases.

Series of mutations that formed the new Omicron variant

NGS-SA said that the new VoC has undergone at least 30 mutations in the region and encodes spike protein responsible for virus entry to human cells. The expert body has tagged B.1.1.529 formed following “very unusual constellations of mutations”.

Some of the mutations were similar to that in Alpha and Delta variants and are well characterized with a known phenotypic impact that can affect immunity and transmissibility, others are rarely observed and not well characterized. Africa Centers for Disease Control (CDC) has said that more research is being carried out to know about its transmissibility and vaccine evasion characteristics.

What WHO found out so far

WHO finds Omicoron to be associated with an increase in transmissibility, decrease in the effectiveness of vaccines, available therapies, and diagnostics. Maria Van Kerkohove, Covid-19 Technical Lead at WHO, informed that there are fewer than 100 whole-genome sequences available and his variant has a large number of mutations. The concern now is that how these multiple mutations can impact how the virus behaves.

Moreover, Omicron’s clinical and epidemiological correlation is not fully established. Without that, scientists cannot establish a direct linkage to any surge. Researchers in South Africa are examining the immune escape potential of B.1.1.529 in a laboratory setting. This will also indicate the performance of current vaccines, therapies on the new Omicron variant.

Are symptoms for new Omicron variant any different?

The National Institute for Communicable Diseases (NICD) of South Africa has said that the new variant currently shows, “no unusual symptoms” have been reported, however, like the Delta variant, some individuals are asymptomatic.

Can the new Omicron variant be detected through RT-PCR tests?

Although NICD said deletion within the S gene will help in rapid identification of the variant but “most other targets (including the N and RdRp genes) remain unaffected from specimens tested” Hence it is unlikely that the new variant will affect the overall PCR test sensitivity. “These PCR tests typically detect at least two different SARS-CoV-2 targets, which serves as a backup in the case of a mutation arising in one,” the NICD said.

What new precautions should one take against Omicron variant

Experts still stress on vaccination to protect groups at high risk of hospitalisation and death but real-time data have shown that high vaccination rates have the potential to reduce the strain on health systems.

Next Story
WHO designates new Covid strain as Variant of Concern, names it ‘Omicron’