Seven cases have been found in Pune district, but deputy chief minister Ajit Pawar said earlier in the day that five out of them have now tested negative for the infection. 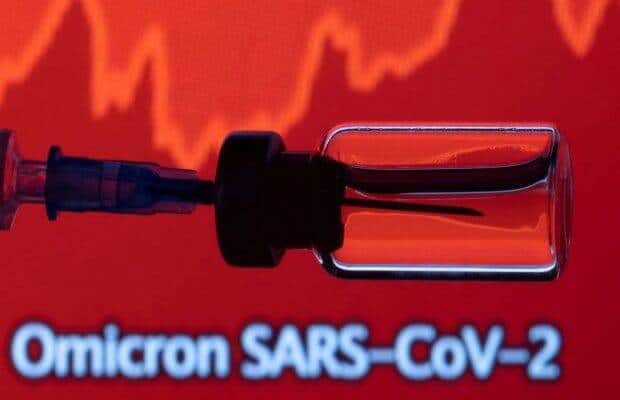 Dharavi in central Mumbai is known as the biggest slum in Asia where over six lakh people live in a 2.5 square km area. (File/Reuters)

Maharashtra reported seven new cases of the Omicron variant of coronavirus on Friday including a three-and-half-year-old girl which took the tally of such infections to 17, the state health department said.

“As per the recent report from the National Institute of Virology, seven new Omicron cases have been reported in the state, three from Mumbai and four from the Pimpri Chinchwad Municipal Corporation,” the official release said.

The three patients from Mumbai were all male, aged 48, 25 and 37 with recent travel history of Tanzania, the UK and South Africa-Nairobi, respectively, the health department said.

As per the Brihanmumbai Municipal Corporation, the traveler who returned from Tanzania was a resident of the densely-populated Dharavi slum area, but he was asymptomatic and isolated before he mingled in the community.

Other four new patients were reported from the Pimpri Chinchwad Municipal Corporation (PCMC) in Pune district. They are all contacts of three women who had arrived from Nigeria and were found to have Omicron infection earlier, the release said.

Of the seven new patients, four were fully vaccinated, it added.

“One patient has received a single dose of the coronavirus vaccine while one patient has not been vaccinated. Another patient is three and a half years old and not eligible for vaccination,” the release said.

Four of the new patients were asymptomatic while other three have only mild symptoms, it added.

The release said 61,439 international travelers have arrived in the state via Mumbai, Pune and Nagpur airports since December 1. Of these, 9,678 were from ‘at-risk’ countries.

The Mumbai civic body BMC on Friday said the tally of Omicron patients in the city increased to five.

The traveler from Tanzania is a resident of Dharavi. He tested positive for COVID-19 on December 4, has mild symptoms and he had not taken any dose of vaccine against the COVID-19, according to the release.

The 25-year-old traveler returned from London, tested positive for COVID-19 on December 1 and he had taken both the doses of the vaccine. He had no symptoms of COVID-19.

The 37-year-old Gujarat resident tested positive to COVID-19 on December 4 after arrival. He was shifted to hospital directly from the airport and he has mild symptoms, though he was fully vaccinated, the BMC said.

Earlier in the day, Maharashtra Deputy Chief Minister Ajit Pawar had said that five out of seven Omicron patients in Pune district have now tested negative for the infection.