The cases have increased due to international flights. Even during the earlier wave, the cases rose with flights coming in,” the minister told reporters. 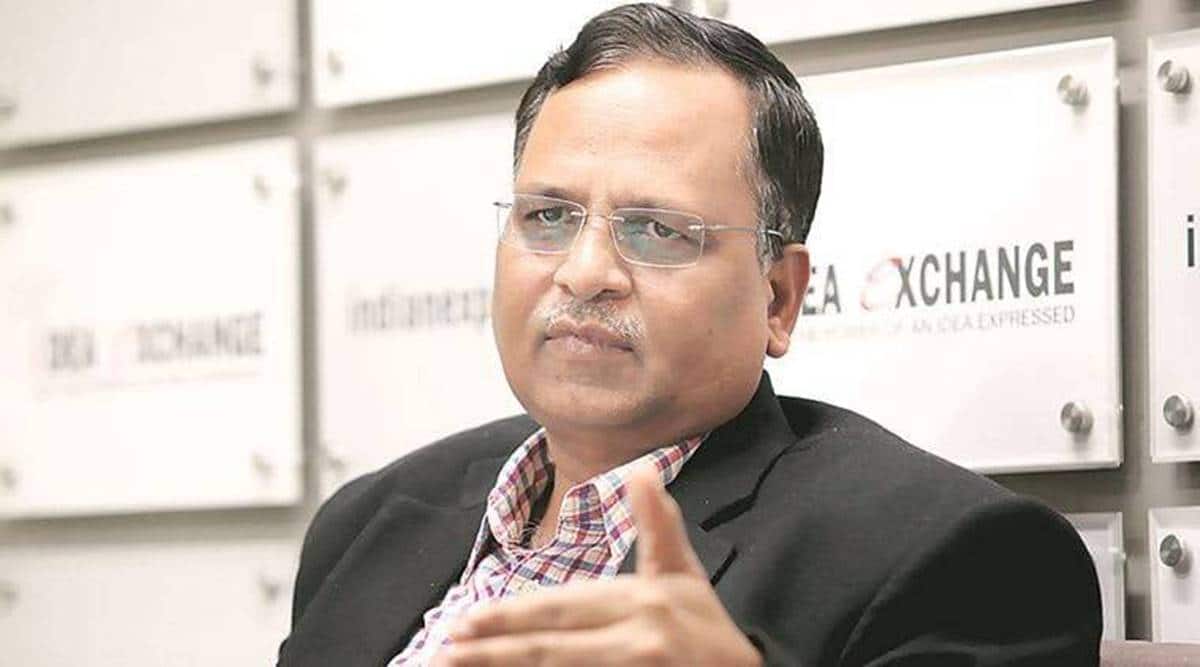 Amid a spike in COVID-19 cases in the city, Delhi Health Minister Satyendar Jain on Wednesday said many international travellers, who have tested negative at the airport, are testing positive for the virus after a few days and infecting others during the period.

“The cases have increased due to international flights. Even during the earlier wave, the cases rose with flights coming in,” the minister told reporters.

Jain also said preparations for the vaccination of children and booster doses for the elderly in the first week of January have been completed and up to three lakh people can be vaccinated on a daily basis.

Delhi on Wednesday reported a massive jump in daily COVID-19 infections with 923 fresh cases, the highest since May 30. After six months, the positivity rate crossed 1 percent to reach 1.29 percent.

The national capital also recorded 238 Omicron cases. There were 165 cases of the new variant a day earlier.

“There are many people who are testing negative at the airport and they are allowed to go home. The district authorities are in touch with them. After reaching home, they are tested again and they come out positive. In the process, they are also infecting their family members,” Jain told reporters.

According to the guidelines issued by the health ministry on November 30 for international travellers, if people coming from ”at-risk” countries test negative at the airport, they are supposed to follow home quarantine for a week. They are tested again on the eighth day of their arrival and if they test negative, they have to self-monitor their health for the next seven days.

“However, if such travellers test positive, their samples should be sent for genomic testing at INSACOG laboratory network. They shall be managed at a separate isolation facility and treated as per laid down standard protocol including contact tracing…

“The contacts of such positive cases should be kept under institutional quarantine or at home quarantine monitored strictly by the concerned State Government as per laid down protocol,” state the guidelines.

Jain said the Omicron variant of coronavirus is highly transmissible and hinted that it could be the reason behind the recent spike in infections.

The minister asserted that Delhi is fully prepared to deal with the Covid-19 situation.

“Many of the Omicron cases are of international travellers and those who have to travel to other places. If they test positive here, they are isolated.

“Till now, what we have seen is that patients are not requiring oxygen for treatment and are getting cured easily,” he said.

The Delhi government decided to continue with existing restrictions under the ”yellow alert” for a while before announcing more curbs in the city.

Jain said preparations for the vaccination of children and booster doses for the elderly in the first week of January have been completed.

“The vaccines will be administered at the centres that have been already established. We have increased our capacity and can vaccinate up to three lakh people on a daily basis,” he added.

Jain stated that if the number of coronavirus cases increases, the Delhi government may impose additional restrictions.

In the wake of the rise in cases, Delhi Chief Minister Arvind Kejriwal on Tuesday declared a ‘yellow alert’ under which schools, colleges, cinemas and gyms will remain closed.

Shops dealing in non-essential items will open on an odd-even basis, and metro trains and buses will run with 50 percent of seating capacity in the city.

The yellow alert is imposed when the COVID-19 positivity rate stays above 0.50 percent for two consecutive days. ” The cases have risen but there has been no increase in the consumption of oxygen or use of ventilators. Most of the patients are getting cured without hospitalisation as they have minor symptoms or are asymptomatic, he said during an online briefing.

The chief minister assured Delhiites that his government is ten times more prepared than before to tackle the rising cases.

Kejriwal, however, said it was unfortunate that people were visiting markets and malls without masks and appealed to them to follow COVID-appropriate behaviour.