Covid-19 cases to peak in India in mid-July if lockdown lifted on May 30: Epidemiologist

The country at present is definitely at a lower trajectory in terms of COVID-19 deaths compared to anywhere in the world which means it has contained the transmission of the virus to a great extent, says Giridhara R Babu said. 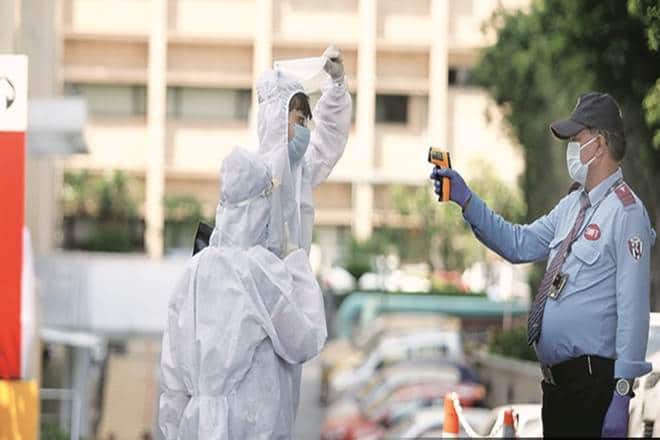 Syndromic surveillance should be stepped up in high-burden areas such as Delhi, Mumbai and Kolkata.

India may witness COVID-19 cases peaking in mid-July if the current lockdown is lifted this month-end but expected to be a “lower surge” due to strong containment measures in the past nearly two months, a noted public health expert and epidemiologist said on Thursday. The country at present is definitely at a lower trajectory in terms of COVID-19 deaths compared to anywhere in the world which means it has contained the transmission of the virus to
a great extent, Professor and Head of Life Course Epidemiology at the Public Health Foundation of India Giridhara R Babu said.

“If the lockdown is lifted on May 30, then we will have peak around mid-July because if you take three incubations period, which is one-and-half months, that will be enough for you to know how the disease spreads when nothing is controlled, he told PTI. He hastened to add: But nothing-is-controlled never happens in India now because even if you let people to be free today they dont do things that they used to do because of phobia. So, we will have probably a lower surge compared to what we would have had if nothing was done from the beginning.

Syndromic surveillance should be stepped up in high-burden areas such as Delhi, Mumbai and Kolkata along with
testing, which has already been scaled up, said Babu, who has worked with the World Health Organisation for nearly six years, during which his efforts included stopping polio transmission in Karnataka. “We have to prevent transmission going from urban to rural,” Prof. Babu, who is trained in Epidemiology (MPH and PhD) from University of California Los Angeles (UCLA), said.

My sense is we will continue with the lower trajectory. Only thing is we should not let our guard down now. We should  continue with the same seriousness with which we started, he said, adding, Bengaluru was not that much affected as Delhi or Mumbai because the city enforced strict controlling early.

In the low-burden areas, the population is scattered, and you wouldn’t expect the same kind of surge that you would see in Mumbai or in any crowded area. “As we move ahead, our areas of focus will still be cities where overcrowding is generally the case,” Babu added. He said strict measures should be taken wherever population density was high. Containment measures in slums should be stronger because of overcrowding there, he said. Physical distancing, and reduced movement, these are very critical as we move forward. If we are able to do that to the extent of 60 to 70 per cent, I think we will maintain the same lower trajectory as it has been so far, he added.