“There is now a gradual ingress of Covid-19 infection in peri-urban, rural and tribal areas, with most of the new cases coming from these areas,” Lav Agarwal, joint secretary, ministry of health and family welfare said, stressing that the country could not afford let its guard down. 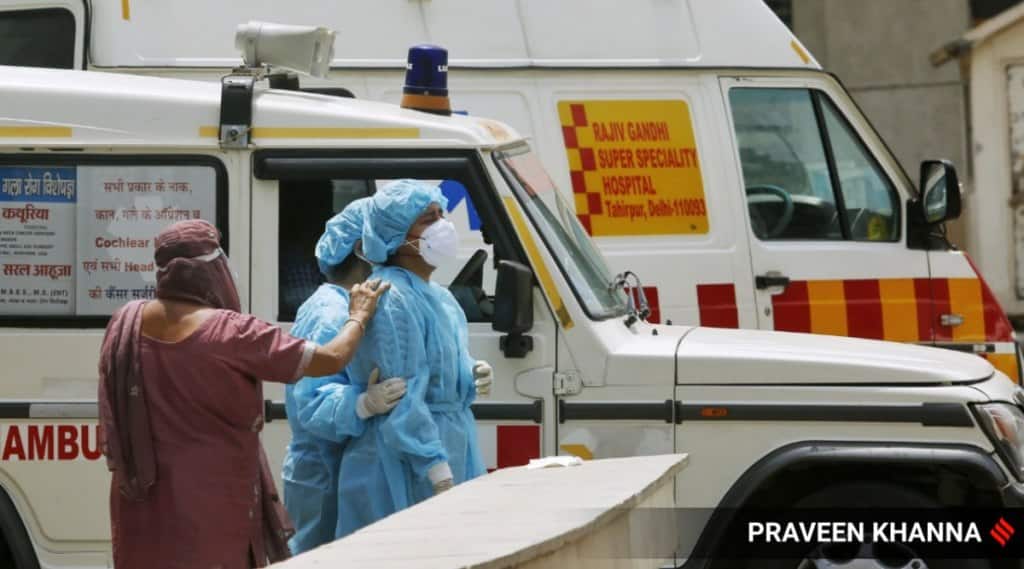 The coronavirus death toll in the city has now risen to 25,066, according to the latest health bulletin.

Containment measures can’t be relaxed now given that only 1.8% of the country’s population has been infected by Covid-19 and a vast majority remains susceptible to the virus, a senior government official said on Tuesday after a high-level meeting chaired by Prime Minister Narendra Modi.

“There is now a gradual ingress of Covid-19 infection in peri-urban, rural and tribal areas, with most of the new cases coming from these areas,” Lav Agarwal, joint secretary, ministry of health and family welfare said, stressing that the country could not afford let its guard down.

Most of the country are now under lockdown, while restrictions are in place in other areas.

Also Read
Cases of lung cancer rising in India; Nearly 50% patients non-smokers
How to look after your eyes in winters
Children who are heard, listen as Adults: How families make us human
Your green period partner

Given that the infection is spreading among children too, vaccination of kids was under consideration, VK Paul, member-health, Niti Aayog, said.

Agarwal said even though case positivity had come down to 14.10% after a month, this could easily change if the efforts taken so far are relaxed. Case positivity had been continuously rising for 13 weeks and has for the first time declined in the last one week.

Earlier, Modi held a meeting with 40 district collectors across the country and discussed ways of protecting the rural areas and standard operating protocols (SOPs) for Covid-19 management. The stress was on planning a rural response to the pandemic and managing the surge with the help of panchayat raj institutions, community-based organisations and NGOs.

Intensive care units and ventilator beds would have to be created at block levels or at the private hospitals located in these areas. Tribal areas that are segregated and have poor access to healthcare would have to served with mobile medical units. Asha workers and Anganwadi workers were going to be roped into for containing the rural spread.

Paul said the reproduction rate (R) in the country had come down below 1, which indicated the pandemic was shrinking because of all the containment efforts. The case fatality rate and positivity rate was declining but situation still could not be taken lightly, he warned.

He drew attention to the spread of Covid-19 among kids. Sero studies conducted by Indian Council of Medical Research in December 2020 had shown similar levels of infection in adults and kids of 20-22%. A protocol has been put in place by experts to deal with Covid among kids and this will have to be followed.

Vaccination for children would be needed so Bharat Biotech has been given permission to carry out trials of its vaccine, Covaxin, on kids, which will start in the next 10-12 days. Two other global vaccines are that are carrying out Covid vaccine trials on kids would also be considered, Paul said.

Responding to a query on a new Singapore variant that was affecting kids, Paul said they would be looking into the reports and track this but they would need no authenticate this information first before making any comments. Impact on kids would depend on how the vaccine mutates in the coming wave and remained unpredictable.

More smaller states/UTs are now reporting higher positivity rates with Lakshadweep reporting 66.7 positivity, Puducherry a 37.7%, Sikkim having positivity rate of 26.7%, Himachal Pradesh at 24.9%, Nagaland at 21.6%, Manipur and Meghalaya at 19%.