Yogi govt’s safety net for daily wage workers! Labourers to be compensated for wage loss due to coronavirus!

Briefing reporters here after a meeting of the UP Cabinet, minister Shrikant Sharma said, “Chief Minister Yogi Adityanath has directed that all schools, colleges and educational institutes will remain closed till April 2.” 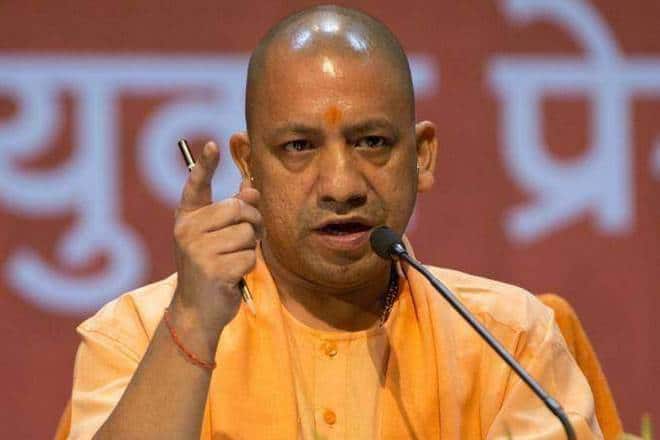 To contain the coronavirus spread, the Uttar Pradesh government on Tuesday extended the closure of all educational institutions, cinemas, mulitplexes and tourists places in the state till April 2 and implemented work-from-home protocol to the extent possible.

The decision to extend the closure was taken in a cabinet meeting chaired by Chief Minister Yogi Adityanath, government spokesperson and minister Shrikant Sharma told reporters after the meeting.

“Chief Minister Adityanath has directed that all schools, colleges and educational institutes will remain closed till April 2,” he said.

Competitive and other examinations too have been postponed till April 2. All tourists places in the state have been shut, the minister said.  All cinemas and multiplexes will also remain closed till April 2, Sharma said. He said the district magistrates have been instructed to spread awareness through posters and banners on the viral disease.

“An appeal has been made to religious leaders to avoid crowding in temples, mosques, gurudwaras and churches and exercise caution,” Sharma said.

The chief minister has appealed to the people to avoid venturing into crowded places and not to panic, he said. “The CM has taken an important decision. In order to ensure that the daily-wage labourers should not get affected (following the coronavirus spread), a three-member committee has been formed under the chairmanship of the state finance minister,” Sharma said.

“The committee will also have agriculture minister and labour minister. The committee will submit its report to the chief minister in three days. The poor, most of whom earn their livelihood on a daily basis, will get certain amount in their account through RTGS,” Sharma said.

“He (CM) also directed that corona patients in the state will get free of cost treatment. Also if any government employee or private company employee has got infected by corona, he/she will continue to get his/her salary, and there will be no pay cut,” he said. Adityanath directed that private firm employees can work from home.

“As far as the government employees are concerned, a committee has been formed under the state chief secretary, and work-from-home protocol should be allowed where it is possible. All types of protests, dharna in the state have been completely banned,” Sharma said.

“Corona is in stage II in the state and the efforts of the government is to ensure that it does not escalate to stage III in any condition,” he said.

The government has ordered closure of all museums till March 31.

The chief minister also ordered that the government will get the coronavirus victim tested and treated free of cost, the UP government said later in a statement issued here.

Private and government employees in the state are exempted from biometric attendance. Also, as much as possible, the employees would work from home and during this time their salary will be paid, the statement said.

The chief minister also directed district officials to carry out awareness drive on the coronavirus.

The district administration should ensure that the people coming to the fair etc. are made aware of the disease. Gram Panchayats and city development officials have also been ordered to ensure cleanliness.