Around 200 million people in India suffer from depression! Are Indians taking their Mental Health seriously?

There can be many reasons for why ‘Mental Health is ‘Not a thing’ in India, such as lack of education, awareness, ignorance, pressure, social and cultural beliefs. 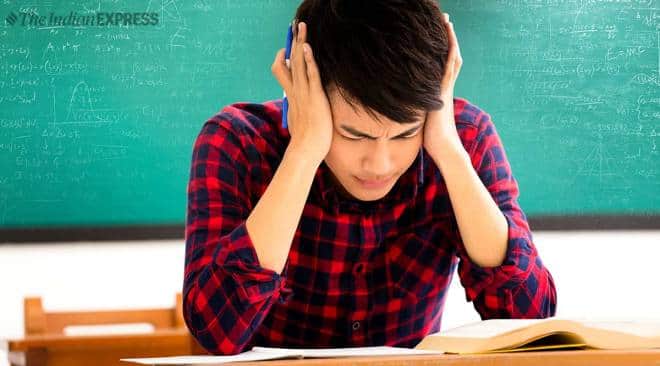 There is still a long way to go with the mental health care in India. However, with the passing of the mental healthcare bill by the government of India, we hope that the deprived section will have better access to services.

As times have changed, we have begun to consider mental health an issue that needs to be addressed, but that consideration comes from a very small portion of Indian society. A lot of people don’t consider this matter a sensitive issue. According to the study conducted by the World Health Organisation (WHO) around 200 million people in India may suffer from depression, i.e. one in five people. No wonder we are the most depressed country in the world, as per another WHO study. This is just the data of people who have spoken about it; it wouldn’t be surprising to know if these numbers are even more.

There can be many reasons for why ‘Mental Health is ‘Not a thing’ in India, such as lack of education, awareness, ignorance, pressure, social and cultural beliefs. There are many observations that show families, friends, and parents don’t want to listen. For instance, if a child goes to his/her parents talking about a mental health issue; it will either be swept under the carpet, or they will just create more panic. A recent study assessed of people’s attitudes towards mental health and they were asked, how would you describe a person with mental illness? 56% said someone who talks to themselves; 9% said depressed; 15% called them retards; 20% called them crazy/stupid/mad. Now, this shows the stigma attached to mental health in Indian society.

Also Read
Cervical osteoarthritis can worsen during winters: Here’s how you can take care of it
Coronavirus in India April 28 Highlights: India vexed over vax! Mumbai shutters down 40 centres due to insufficient stock
Booster dose of Covishield offers best immune response: Lancet study
India can have its own disaster response model, says Mansukh Mandaviya

1. Judgement and Fear- Of course in a society that does not consider mental health an issue, coming forward and speaking about it will take a lot of courage, as you will be judged, and the fear of being abandoned is always there. Your own family and friends will ignore this issue, and are sometimes not ready to listen.

2. Lack of Empathy- People do not engage in an issues related to mental health, so they lack empathy. Many a time when you are not aware of something, you just cloud your mind with all possible assumptions most of which are negative. In order to empathise, you need to understand, and in order to understand, we need to talk and make people aware.

3. Stigma- Statistics show that by 2020, India might house the highest population of people suffering from depression and anxiety in the world. It is time that people came out more openly and talked about mental health. The government needs to provide better mental healthcare facilities, and remove the stigma associated with it.

4. Sensitivity and education- We need to educate people, and sensitise them towards the signs and symptoms of mental illness, while normalising the idea of seeking support. We should learn to create an inclusive environment for people with mental health issues.

5. Expensive treatment- For those who are aware and seeking help, the treatment process is rather expensive. One needs to have a lot of time and money to buy medication, and go for therapy, to avail treatment.

There is still a long way to go with the mental health care in India. However, with the passing of the mental healthcare bill by the government of India, we hope that the deprived section will have better access to services. Things are changing slowly and positively as many people have come forward and spoken about the issue.

Also Read | Mental health as important as studies for students during exam time; here are some tips

When the famous Bollywood actress Deepika Padukone and many more famous personalities spoke about their struggle with depression, it gave courage to a lot of people and NGOs working aggressively towards the issue. Some things that we have to stop doing from our end as a responsible part of society are:

• Discouraging people seeking treatment.
• Telling people to be strong and snap out of their condition.
• Labelling and judging them when we are not even aware of their conditions.
• It’s not a sign of weakness.
• Don’t look for the cause of condition just to blame yourself or others.
• Take therapy and learn the skills to stay mentally fit; there is no shame in that.
• Reach out to people who will understand and offer help.

Families, friends and parents should stop ignoring these issues, and make themselves more involved in the matter to prevent the situations like suicides, crimes and overall mental well-being of people for their better growth and future. So, let’s open up and do our bit.

(The author is MBBS and MD in Psychiatry. He has worked as a senior resident at GB Pant Hospital. Views expressed are author’s personal.)