The supplements are thought to alleviate muscle damage and amplify the effects of exercise. 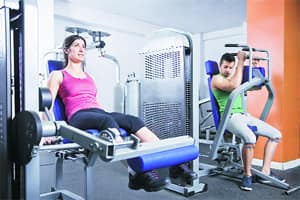 Antioxidant vitamins are enormously popular with people who exercise. The supplements are thought to alleviate muscle damage and amplify the effects of exercise. But recent studies have raised questions about whether antioxidants might be counterproductive for runners and other endurance athletes. And now a cautionary new experiment adds to those doubts by finding that antioxidants may also reduce the benefits of weight training.

It is easy to see why people might think that antioxidants like vitamins C and E could be helpful to anyone who works out regularly. Both aerobic exercise and strength training lead to the production of free radicals, molecules that in concentrated amounts can cause tissue damage. Antioxidants sop up and neutralise free radicals.

But recent experiments with endurance athletes have found that consuming large doses of vitamins C and E actually results in a slightly smaller training response. But the studies looked only at endurance sports such as running and cycling, not weight training, which involves different biochemical processes within muscles.

So for the new study, published in The Journal of Physiology, scientists at the Norwegian School of Sports Sciences in Oslo and other institutions, some of whom previously had studied aerobic exercise and antioxidants, set out to repeat those experiments in a weight room.
They began by recruiting 32 men and women who had at least some experience with weight training. Then they randomly divided them into two groups. Half were asked to start taking two antioxidant vitamin pills each day, one before and one after exercising. The total daily dosage amounted to 1,000 milligrams of Vitamin C and 235 milligrams of Vitamin E, which “is high but not higher than athletes commonly use,” said Goran Paulsen, a professor at the Norwegian School of Sports Sciences who led the study. The other group did not take any supplements.

All of the volunteers then began the same resistance-training regimen, consisting of four fairly rigorous training sessions each week. As the exercises grew easy, weights were increased, with the aim of pumping up the size and strength of the volunteers’ muscles. The programme lasted 10 weeks. But midway through that time, the researchers took small samples of muscle tissue from each volunteer in order to determine what, precisely, was going on deep within each volunteer’s cells.

Then the men and women finished the remainder of the programme, at the end of which the researchers again measured their strength and muscle size.

In general, people’s muscles had increased in size to the same extent, proportionally. The group that had taken the vitamins now had larger muscles. So did the group that had not. But there were subtle but significant differences in their strength gains. Over all, the volunteers who had taken the antioxidants had not added as much strength as the control group. Their muscles were punier, although they had grown in size.
The differences continued beneath the skin, where, as the muscle biopsies showed, the volunteers taking the vitamins had reduced levels of substances known to initiate protein synthesis. Protein synthesis is necessary to repair and strengthen muscles after weight training. So the volunteers taking the vitamins were getting less overall response from their muscles, even though they were following the same exercise programme.