The brainstorming session gains importance as it is not only a stock-taking meeting but more cetrered on making urgent plans to tackle the corona surges especially in urban areas. 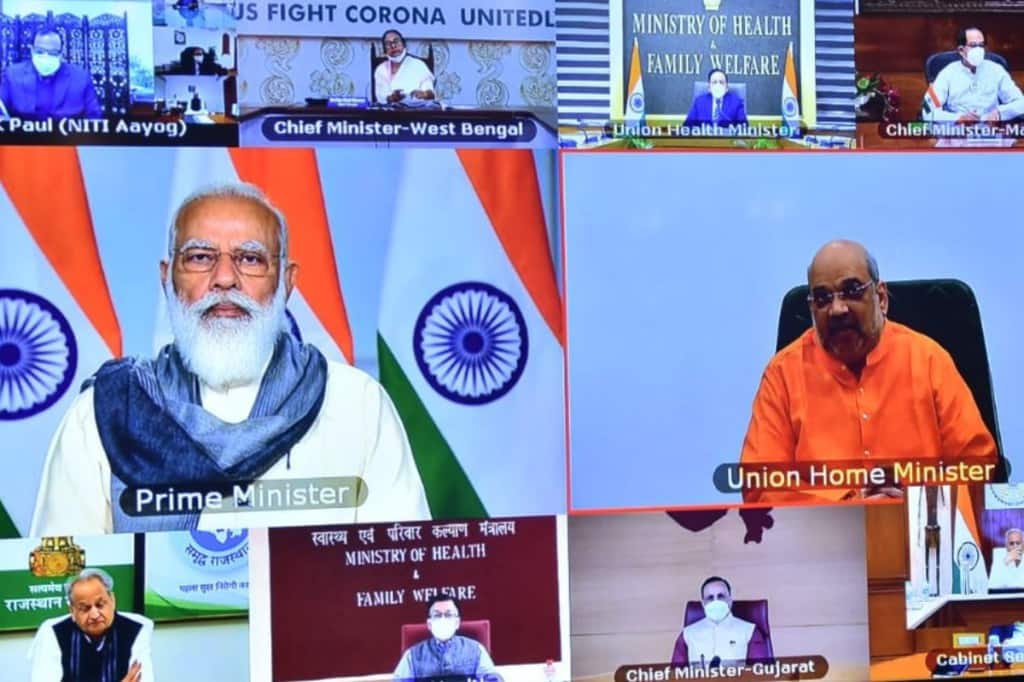 Coronavirus in India: As the major Indian cities battle with the sharp rise in the fresh Covid-19 infections, Prime Minister Narendra Modi on Tuesday held a virtual meeting with several Chief Ministers to formulate the strategy for the coming days. The meeting was attended by the Chief Ministers of Delhi, West Bengal, Maharashtra, Gujarat and Chhattisgarh. The brainstorming session gains importance as it is not only a stock-taking meeting but more centred on making urgent plans to tackle the corona surges, especially in urban areas. While nothing official has been communicated so far, there is a buzz that the state, as well as the Centre, maybe thinking on something akin to a ‘mini lockdown’.

Many cities in Gujarat, Rajasthan have already begun night curfews in several cities. The Union Home Ministry is also planning a similar measure in the National Capital Region. However, there has been a strong opposition of any sort of regulation in terms of a mass movement by traders in Delhi. The Aam Aadmi Party government had to reiterate thrice to convince the shopkeepers that there would be no lockdown. On Monday, the officials had to reverse the order of shutting down a few bazars in Nangloi.

During the meeting with the Prime Minister, Delhi Chief Minister Arvind Kejriwal attributed the rise in coronavirus cases to several reasons including pollution. He reportedly admitted that Delhi was witnessing a third wave of the COvid-19 infections. However, the cases are on the decline, the CM said. Delhi has experienced a grim milestone of over 100 deaths for three days in a row. According to news agency ANI, Kejriwal has asked PM Modi to mediate and resolve the stubble-burning issue.

Also Read
The doctor is in: Root of hair fall
Connect and Heal: Quality healthcare within reach
Anxiety of success: Why students are forced to handle so much of pressure
Lumpy Skin Disease: Safe to consume milk from infected cattle, says IVRI official

During the meet, Maharashtra Chief Minister Uddhav Thackeray spoke about the task force for the upcoming mega vaccination drive. The meeting was also attended by Union Health Minister Dr Harsh Vardhan, Union Home Minster Amit Shah among others. According to the data released by the Union health ministry, India recorded over 37,000 fresh viral infections in the last 24 hours with 480 citizens succumbing to Covid complications.