Various analyses of major studies have reported that long term exposure to PM 2.5 exceeds the current risk of cardiovascular mortality by 11% for every 10 units’ increment. 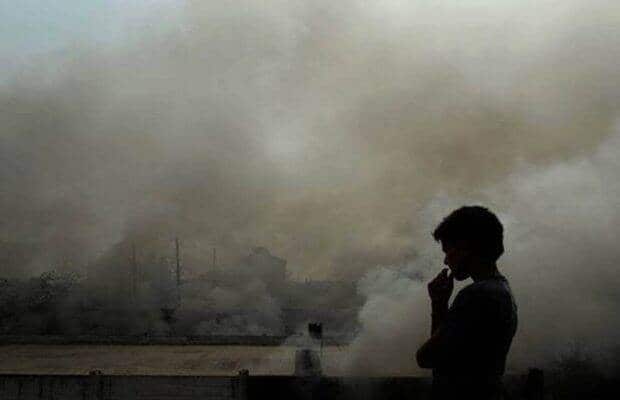 Air pollution ranks within the top five risk factors for mortality in emerging economies such as India and China. (Representational image: Reuters)

Air pollution continues to be a significant concern to public health and a tough problem confronted by society. Recently the Air Quality Index (AQI) has crossed the hazardous mark in the NCR region, and is playing havoc on the lives of all. Despite the fact that the adverse effects of air pollution have been long known, there is less awareness that the majority of the morbidity and mortality caused by it is due to the effects on the cardiovascular system. Evidence from epidemiological studies have demonstrated a strong association between air pollution and cardiovascular diseases including stroke. Of particular concern are findings that the strength of this association is stronger in low- and middle-income countries where air pollution is projected to rise as a result of rapid industrialisation.

More than 90% of the global stroke burden is linked to modifiable risk factors, of which air (Ambient and Household) pollution tops the list. It is important to thus prevent casualties from stroke due to air pollution. Recognizable symptoms will occur prior to getting a stroke attack which is often known as a mini-stroke. The symptoms are only persistent for a minute but indicate a major onset of stroke within 2 days. Timely intervention can help preserve 2 million neurons per minute as the inhaled compounds like PM and CO leads to clot formation and blocks the blood flow to the brain.

Various analyses of major studies have reported that long term exposure to PM 2.5 exceeds the current risk of cardiovascular mortality by 11% for every 10 units’ increment. Interestingly, increased risk was also observed in regions where PM2.5 met European Union air quality standard of 25 μg/m3, which is lower than recommendation in our country, there is also increased incidence of blockage of Carotid artery, the main blood vessel supplying the brain with increased PM2.5 concentration. A recent systematic analysis reported that even short term exposure of air pollutants like PM 2.5 can lead to increased hospital admissions and death due to stroke.

The particles inhaled into the lungs are ingested by cells called macrophages, which leads to local inflammatory response within the lung and ultimately spreads to blood vessels in the body. The reaction leads to change in blood vessel functioning as well as lipid levels in the circulation. The inflammation (reaction) caused by pollution particles lead to alteration of blood circulation including heart rate regulation. There is extensive evidence demonstrating reductions in various parameters of heart rate variability (HRV) after exposure to PM2.5. Several animal studies have shown that exposure to urban PM and diesel exhaust particles increases the incidence or susceptibility to heart rate irregularities (arrhythmia) which can lead to clot formation in the heart, predisposing to stroke.

(The author is Director – Neurointervention, Artemis-Agrim Institute of Neurosciences, Gurugram. The article is for informational purposes only. Please consult medical experts and health professionals before starting any therapy, medication and/or remedy. Views expressed are personal and do not reflect the official position or policy of the Financial Express Online.)