Black fungus or mucormycosis is a fungal infection that affects the nose, eyes, sinuses among patients who are recovering or have recovered from COVID-19. 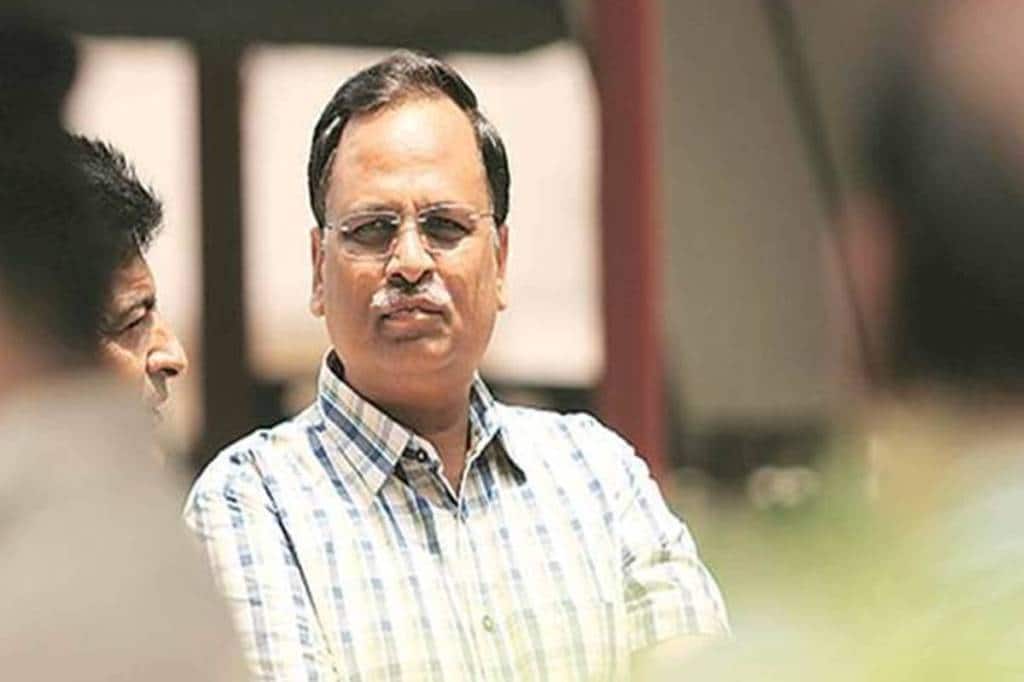 Interacting with reporters, he also said there was a scarcity of drugs needed for its treatment in Delhi and the rest of the country.

Amid escalating cases of black fungus in the national capital, Delhi Health Minister Satyendar Jain on Saturday asked people to be watchful and not resort to self-medication, particularly steroids, and said about 15 hospitals in the city are treating mucormycosis patients.

Black fungus or mucormycosis is a fungal infection that affects the nose, eyes, sinuses among patients who are recovering or have recovered from COVID-19.

Interacting with reporters, he also said there was a scarcity of drugs needed for its treatment in Delhi and the rest of the country.

Also Read
Prolonged Exposure to Air Pollution can have severe effects on the Human Skin
Ever heard of ‘Beauty Parlour Stroke Syndrome’? You might want to be careful the next time you get a hair wash
Chikungunya cases on rise: Chandigarh records 230 cases out of nationwide 287 cases this year; Check symptoms & precautions here
50 mn doses of Covaxin set to expire early 2023 due to poor demand

There were 197 cases of black fungus in hospitals across the city till Wednesday night, including non-residents who have come to the city for treatment, he reiterated.

“Earlier, 30-50 cases would get reported in a year but this time, the number has gone up quite big. As it is being found this time a lot in post-COVID cases, so we have to watchful as a large number of people have tested positive in Delhi, several of them put on steroids, and many are diabetic in which case, if sugar level is not maintained, it flares up,” Jain said.

“About 8-10 private hospitals are treating black fungus patients, three Delhi government hospitals are there too, and AIIMS and Safdarjung Hospital among the Centre-run facilities. So, about 15-16 hospitals are there for it,” he said
Asked if black fungus cases could further escalate, the minister said as a large number of people have tested positive in Delhi, and several of them put on steroids too, “we will have to be very watchful”.

“I would urge people to not resort to self-medication, particularly steroids. It has been found that many people are administering steroids at home, without any prescription by doctors, including those who have been discharged from hospitals. I would advise people not to do that,” he said.

Also, those who are diabetic and then put on steroids, their sugar level goes up, and that has to be monitored and brought under control through insulin injections, so people must do that too, the minister cautioned.
Mucormycosis or black fungus is more common among people whose immunity has got lowered, due to COVID, diabetes, kidney disease, liver or cardiac disorders, age-related issues, or those on medication for auto-immune diseases like rheumatoid arthritis.

“If such patients are administered steroids, their immunity reduces further, allowing the fungus to thrive,” Jain said, adding, steroids should be administered very judiciously after proper clinical examination by a doctor.

On the shortage of drugs to be used for black fungus treatment, like Amphotericin B, he said, “Shortage is across the country, and Delhi too facing it”.

“We had spoken to a couple of pharmaceutical companies for this drug, and they had agreed on it. But, the Centre has taken the distribution process under its ambit, and states get as per their quota.

“So, whenever, we get it, we send it to the hospitals where treatment going on. Also, hospitals have to write to the government for injections requirements, and whatever is sent to us, is proportionately divided,” Jain said.
Delhi recorded 3,009 fresh cases of COVID-19 on Friday, and 252 fatalities, while the positivity rate dipped to 4.76 per cent, according to data shared by the health department here.