717 measles cases in Maharashtra so far this year, Mumbai worst-affected

The viral infection, which mostly affects children, has claimed 14 lives so far, it said on Tuesday. 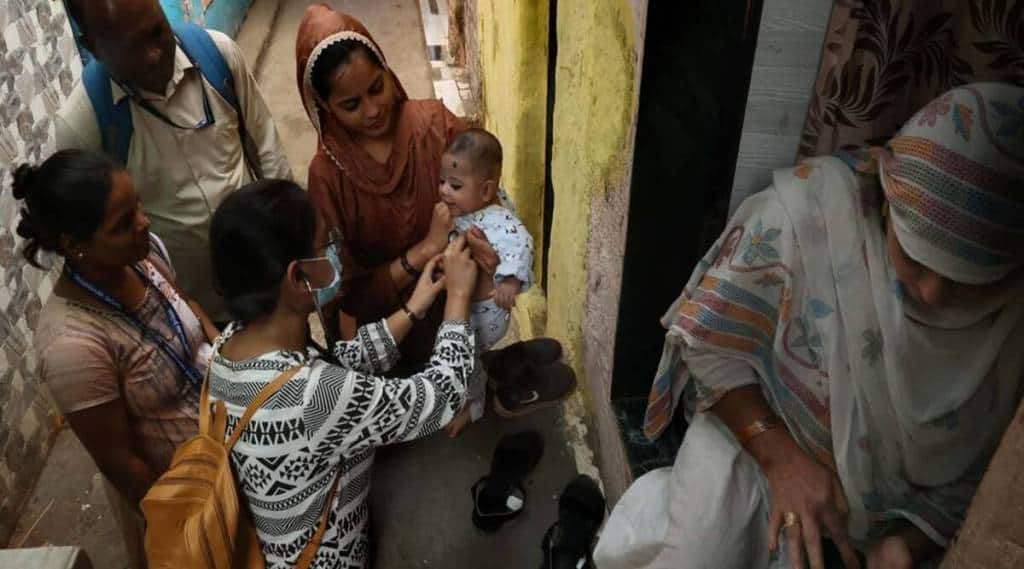 Of the 14 patients who died due to measles this year, only one had taken vaccine, the statement said. (Photo source: IE)

The number of measles cases reported in Maharashtra since the start of the year has reached 717, including 303 in Mumbai, the state health department said. The viral infection, which mostly affects children, has claimed 14 lives so far, it said on Tuesday.

In Mumbai alone, 10 deaths due to measles have been reported as of November 28, the official release said. On Tuesday, Mumbai recorded five fresh measles cases and one suspected death, the city’s civic body said in a bulletin. Since January, 70 cases of infection have been reported in Malegaon city in Nashik district and 48 in Bhiwandi near Mumbai. Mumbai has recorded 74 outbreaks so far this year.

Also Read
Coronavirus in India April 28 Highlights: India vexed over vax! Mumbai shutters down 40 centres due to insufficient stock
Novel spray that could prevent COVID-19 infection developed
The doctor is in: Dr N Subramanian
Spiced up! The story of Indian masala trade during ancient age

Of the 14 patients who died due to measles this year, only one had taken vaccine, the statement said. Four of the patients who died were infants in the 0-11 months age group, eight were in 12-24 months age group and two were adults in 25-60 age group. Six of the deceased were female. Mumbai reported 10 deaths since the start of the year, Bhiwandi three and Vasai-Virar area one.

A special inoculation drive is being undertaken amid the rising cases. Chief Minister Eknath Shinde is regularly reviewing the situation, the release added.