According to Shyam Sharma of the Lawyers’ Initiative, their group has been helping people since the beginning of the pandemic. 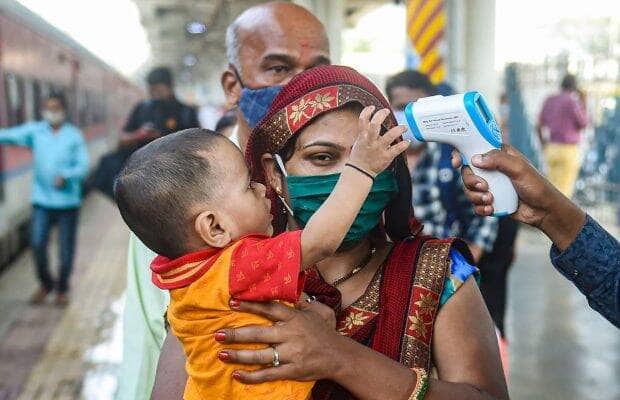 During the second wave of the pandemic, they again distributed ration, and this time the ration also included hygiene kits for women, diapers for babies and some common medicines (Photo: PTI)

As the coronavirus pandemic ravaged numerous families snatching away their loved ones and mounting financial misery, a group of lawyers came to the rescue of some of them and provided education fees of over 70 children amounting to nearly Rs 37 lakh.

According to Shyam Sharma of the Lawyers’ Initiative, their group has been helping people since the beginning of the pandemic.

During the first wave, ration was being distributed by the Bar Council of India at court complexes for which there were long queues. Seeing such long queues with even women being forced to stand in them, the Lawyers’ Initiative discussed the idea of distributing ration and nearly Rs 22 lakh were raised for the purpose, he said.

During the second wave of the pandemic, they again distributed ration, and this time the ration also included hygiene kits for women, diapers for babies and some common medicines. They also provided monetary help to those in distress and those who have lost their loved ones. At that time, they raised Rs 60 lakh for the purpose, he said.

“The families of lawyers requiring ration would contact a person from our team who was designated to take their details. We had already circulated messages in various lawyer groups for the affected families to reach out to us. Those who needed ration would contact us and we would get the ration delivered to their home,” Sharma said.
The Delhi High Court lawyer said that after the pandemic, they decided to help those children who were unable to pay fees.

“A lawyer contacted us for paying the fees of his two daughters, students of a prominent Dwarka school, which amounted to over Rs 3 lakh. We put out a message and some lawyers said they would contribute. Later, a senior advocate contacted us and told us she had spoken to the school principal concerned and it was being taken care of,” he said.

“We ensure that the beneficiaries do not get to know who is paying the fees while the lawyers only know the name of the child whose fees they are paying. The lawyers themselves wish to remain anonymous,” he said.

According to Sharma, the initiative began well before the coronavirus pandemic in 2016-17, when a lawyer allegedly committed suicide since he was unable to pay rent for almost five months. He also slit the throats of his daughters and wife. His wife and one of his daughters survived while one succumbed.

The incident happened in Sangam Vihar and when Sharma learnt about it, he contacted the police station and got to know that the police personnel there were planning to contribute Rs 5,000 to the aggrieved family.
“I contacted my fellow lawyers and we collected Rs 1 lakh which was handed over to the family and thereafter every year, we gave Rs 10,000 to the family. After a year, we got the woman married to a friend of her husband,” Sharma said. This was the starting point of the Lawyers’ Initiative. It now comprises 75 members, 16 of whom core members.