Ganesh Visarjan 2022 Date: Here’s how Ganpati Bappa leaves for the year amid festivities and cheers; timing, ritual details inside

Ganpati Visarjan 2022 Muhurat Date, Time and Vidhi: September 10 morning is the final day for Ganesh Visarjan or immersion of the idol 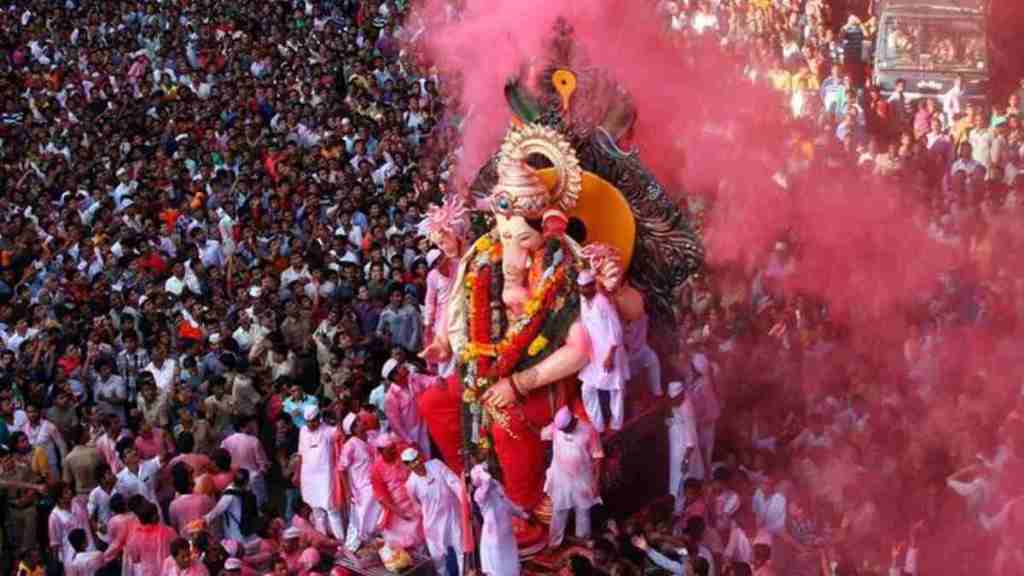 Ganpati Visarjan 2022 Timing, Vidhi: It’s time to bid adieu to Bappa for the year. Ganesh Utsav which was being observed since August 30 with great enthusiasm after low-key celebrations for the last two years comes to an end on September 9.

While it is celebrated in various parts of India, the Ganpati festival is most prevalent in the state of Maharashtra. This event, which is known as visarjan, features lavish aartis and processions and is often marked by large and elaborate idols.

For visarjan celebrations, Maharashtrian women and children wear colourful nauvari saris and decorate themselves with garlands and traditional accessories like nath and jhumkas. The men and children wear vibrant red or saffron-colored kurtas. The performance is carried out on the basis of the traditional patterns of Puneri folk dance. Five instruments are used during the dance: dhol, tasha, tol, jhanj, and dhvaj.

More than 10 lakh people gather on the streets of Mumbai to witness the visarjan procession.

Ganesha Pujan is performed for one and a half days, three days, five days, seven days, nine days or ten days. It depends on the devotee for how many days he wants to serve Ganpati Bappa with reverence. September 10 morning is the final day for Ganesh Visarjan or immersion of the idol

Significance and rituals of Ganesh Visarjan

It is told in the Hindu scriptures like Vedas and Puranas that all the gods and goddesses are invoked and brought to the human dwellings from heaven on auspicious occasions by reciting mantras. That is why it is very important to immerse these deities. The ideas of visarjan are also found in Ganesh Punarans which speak of going to a river, creating an idol out of clay, and bringing it back to the river. The colloquial idea is Ganpati comes into the homes of his devotees as a guest, you serve him, and then you must let him go.

Before Visarjan flowers, durva (kind of grass), coconut, akshat, turmeric, kumkum, modaks, laddus, batasha, paan, beetle nut, cloves etc are offered to the god, and prayers of offered with a lamp of ghee and burning incense. ‘Pudhchya varshi lavkarya(come back next year)’ is chanted during immersion.

Traffic diversion in Mumbai due to Ganpati Visarjan

During the visarjan procession, 74 roads in Mumbai will be temporarily closed for traffic. On the other hand, 54 roads will be maintained as one-way traffic. In addition, parking restrictions will be enforced on over 60 roads. These restrictions will be enforced from 12 pm to 6 am. The traffic police have also issued a separate note regarding the diversions of vehicles due to the Metro work and the dangerous bridges in the city.