From Mesopotamia to Indus Valley civilisation, here’s some of the oldest civilizations across world

The Mesolithic finds suggest that several civilisations existed in the area separated by hundreds of years. 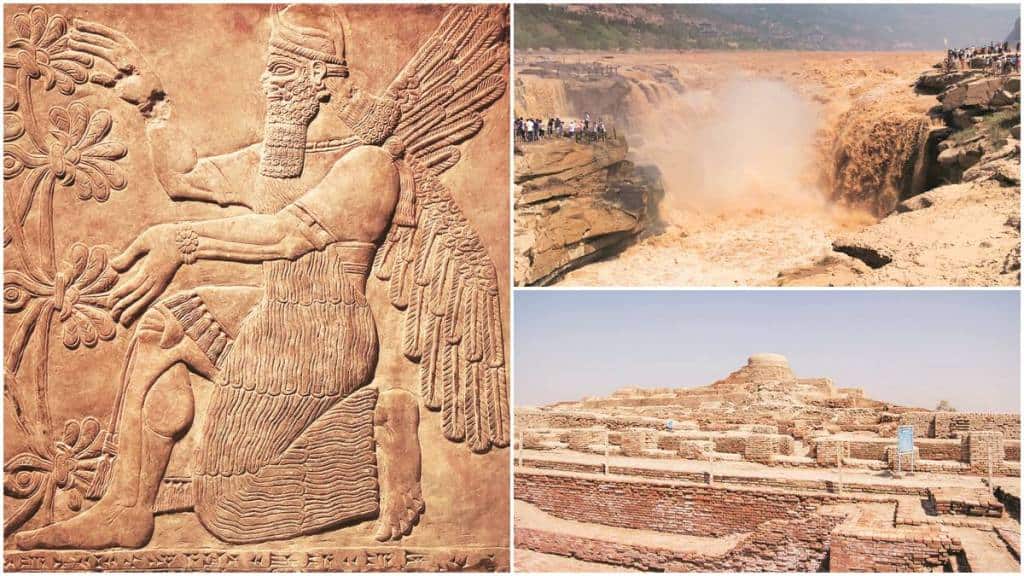 Whenever a new discovery is made, it adds new pages of history. Here are some of the oldest civilisations of the world.

Recently, the Archaeological Survey of India discovered an ancient stone tool that would have been in use around 12,000 years ago. The discovery was made in Oragadam, on the outskirts of Chennai. The Mesolithic finds suggest that several civilisations existed in the area separated by hundreds of years. Whenever a new discovery is made, it adds new pages of history. Here are some of the oldest civilisations of the world.

Mesopotamia
Situated between Tigris and Euphrates River, Mesopotamia region is now a part of Iraq. Mesopotamian civilisation was a prosperous one known for its advancements in the field of astronomy, mathematics, and literature. People spoke the language Sumerian but it was later replaced by Akkadian civilisation. Mesopotamia was situated in modern day eastern Syria, southeastern Turkey, and most of Iraq. In the region, agricultural products, stock breeding, fisheries, date palm cultivation, and reed industries like grain, vegetables, meat, wool, leather, horn, fish, and plant-fibre products were abundantly available. Around 150 BC, the Parthian Empire, a major political and cultural power in ancient Iran, controlled Mesopotamia and it became a battleground between the Parthians and Romans.

Norte Chico
Norte Chico was also known as Caral-Supe. It was a complex and pre-Columbian-era society which had at least 30 major population centres in present-day Caral region of north-central coastal Peru. It flourished between the fourth and second millennia BC. It has been named the oldest-known civilisation in America. It flourished along three rivers — the Fortaleza, the Pativilca, and the Supe. Peruvian archaeologists gave the first exhaustive account of the civilisation in the late 1990s. Caral-Supe sites are popular for their architecture and density of large sites. It is also said that by third millennium BC, Caral-Supe might have been the most densely populated area of the world.

Catalhoyuk
Catalhoyuk belongs to the Neolithic and Chalcolithic settlement in southern Anatolia. It existed between 7500 BC to 6400 BC. It was inscribed as a UNESCO World Heritage Site in 2012. The civilisation overlooks Konya Plain, which is close to the present-day city of Konya. The region had domestic buildings and the houses were found to be very clean with decorative wall art used to adorn walls. People lived in mud brick houses with walls and platforms having a smooth finish.

Ain Ghazal
Archaeological site Ain Ghazal belongs to the pre-pottery Neolithic settlement near Amman, Jordan. It was active between 7250 BCE to 5000 BCE. Its residents relied on wild and domestic plans and later became a pastoral society. The initial excavations began in 1982 and continued till late 1990s. It was led by American anthropologist Gary Rollefson. The village initially had a population of a few hundred living in houses made from field stones covered with mud and lime plaster. They were painted with a red pigment. Towards the end, the town had become a full-grown metropolis with an increased population but eventually lost 90% of its population.

Ancient Egypt
This civilisation existed in ancient northeast Africa, located in Egypt’s Nile Valley that lasted from 3100 BC to 332 BC. It saw both — a series of stable kingdoms and periods of relative instability called Intermediate Periods. Alexander the Great ordered conquering of the civilisation multiple times. After his death, the Greek Ptolemaic kingdom ruled till 30 BC. Thereon, during Cleopatra’s reign, it went to Roman empire and became its province. Ancient Egypt’s culture and monuments are of great significance as they inspired building of pyramids in Egypt and Sudan.

Jiahu
Jiahu is the site of Neolithic settlement in the central plain of ancient China, near the Yellow River. Archaeologists think of Jiahu as the earliest example of Peiligang culture, a neolithic culture in the Yi-Luo River basin that existed between 7000 and 5000 BC. Flooding led to its abandonment around 5700 BC. Significant discoveries from the site include Jiahu symbols, carved into tortoise shells and bones; Jiahu flutes carved from cranes’ wing bones. Pottery kilns, burial sites, residences found at the sites show an advanced settlement. Studies indicate that the residents of the settlement had fairly good health but anaemia, iron deficiency were a problem.