Excerpts | The battle continues: ‘A Brief History of Equality’ by Thomas Piketty

In these excerpts from A Brief History of Equality, author Thomas Piketty outlines the factors that will determine the quest for equality. 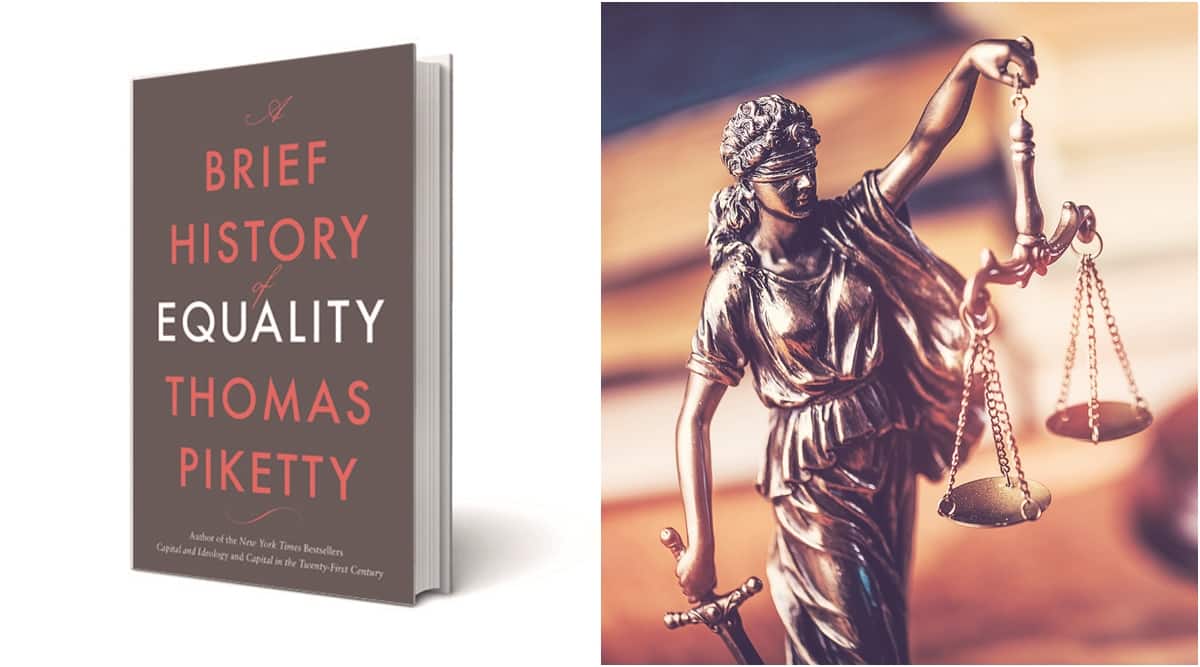 The idea that there might be only winners is a dangerous and anesthetizing illusion that must be abandoned immediately.

The battle for equality will continue in the twenty-first century, basing itself chiefly on the memory of past struggles. If a historical movement toward more social, economic, and political equality has been possible over the last two centuries, that is above all thanks to a series of revolts, revolutions, and political movements of great scope. The same will be true in the future. In this last chapter, I would like to discuss certain factors that may help drive change in the course of the coming decades, beginning with the environmental catastrophes that are on our horizon and the competition between statist, ideological powers on the global scale. Specifically, I am interested in the challenges posed by the rise of “Chinese socialism,” a statist, authoritarian model that is opposed on every point to the democratic, decentralized socialism defended in this book, and that, in my opinion, is far less emancipatory. However, the Western powers would be wise to take it seriously. If they persist in defending an obsolete, hypercapitalist model, it is not at all certain they will succeed. The true alternative is democratic socialism, participatory and federalist, ecological and multicultural. It is the logical end of a long-term movement toward equality that has been underway since the end of the eighteenth century. To ensure that everyone can contribute to it in a decentralized way, we must develop new forms of sovereignism with a universalist vocation.

Climate Change and the Battle between Ideologies

All the transformations discussed in this book, whether the development of the welfare state, progressive taxation, participatory socialism, electoral and educational equality, or the exit from neocolonialism, will occur only if they are accompanied by strong mobilizations and power relationships. There is nothing surprising about that: in the past, it has always been struggles and collective movements that have made it possible to replace the old structures with new institutions. Nothing prevents us from imagining peaceful developments, supported by new social and political movements that have succeeded in mobilizing a large majority of voters and rising to power on the basis of platforms proposing ambitious transformations. Nevertheless, past experience suggests that large-scale historical change often involves moments of crisis, tensions, and confrontations. Environmental catastrophes are, of course, among the factors that may help accelerate the pace of change. In theory, we could hope that the mere prospect of these catastrophes, whose future occurrence scientific research has increasingly confirmed, might suffice to provoke adequate mobilization. Unfortunately, it is possible that only tangible, concrete damage greater than that we have already seen will manage to break down conservative attitudes and radically challenge the current economic system.

At this stage, no one can predict the source from which these concrete manifestations will arise. We know that in the course of the twenty-first century the planet is probably heading for a temperature increase of at least three degrees Celsius compared with preindustrial levels, and that only actions much more vigorous than those envisaged up to now might make it possible to avoid such a prospect. With temperatures three degrees higher on the planetary scale, the only certainty is that no model is able to predict the whole set of chain reactions that might result, the speed with which coastal cities will be engulfed, or the desertification of entire countries. In view of the other damage that is already occurring, it is also possible that the first signals of impending cataclysm might come from other sources, such as the accelerated collapse of biodiversity, the acidification of the oceans, or loss of soil fertility. In the darkest scenario, the signals will come too late to avoid conflicts between nations over resources, and it will take decades to realize possible, as yet hypothetical reconstructions. We can also hope that the next waves of important signals, such as outbreaks of fires and natural calamities, will suffice to trigger a healthy public awareness of climate change and legitimize a profound transformation of the economic system, including new forms of intervention by public authorities, as did the crisis of the 1930s. As soon as enough people have seen the dramatic consequences of the processes occurring in their everyday life, attitudes toward free trade, for example, may change radically. We can also foresee hostile reactions toward countries and social groups whose ways of life have contributed most to the disaster, starting with the richest classes in the United States, but also in Europe and the rest of the world.

Recall that the global North, despite a limited population (about 15 percent of world population for the United States, Canada, Europe, Russia, and Japan), has produced nearly 80 percent of the carbon emissions that have accumulated since the beginning of the Industrial Age. This is explained by the fact that in Western countries, the annual emissions per inhabitant reached extremely high levels between 1950 and 2000: between twenty-five and thirty tons per person in the United States, and around fifteen tons in Europe. These levels have now begun to decline: in the early 2020s they neared twenty tons in the United States and ten tons in Europe. China’s carbon emissions were below five tons until 2000, yet it emitted between five and ten tons per person between 2000 and 2020. Considering the trajectory we have seen up to now, China should succeed in reaching a Western standard of living without ever passing through a stage of carbon emissions levels as high as those in the West. This is certainly to be explained in part by increased awareness of global warming and by the new technologies available. However, we have to qualify the idea that a green Enlightenment will be likely to save the planet. In reality, people have suspected for a long time—indeed, almost since the beginning of the Industrial Revolution—that this accelerated burning of fossil fuels might have harmful effects. If reactions have been slow and remain so limited even today, that is also and especially because the socioeconomic interests at stake are considerable, between countries as well as within them. For the countries most affected (in particular in the global South), the attenuation of the effects of a warming climate and financing for measures to adapt to it will require a transformation of the distribution of wealth and the economic system as a whole, and this in turn will involve the development of new political and social coalitions on a global scale. The idea that there might be only winners is a dangerous and anesthetizing illusion that must be abandoned immediately.

Excerpted from A Brief History of Equality by Thomas Piketty, by permission of Harvard University Press

Follow us on
Latest News
Art of the ugly: An aural immersive presents the stories of waste pickers at a landfill
A dose of laughter: Here we bring you a list of popular comedians of all times
Art for a cause: Artists are exploring the intersection of art and climate change through installations, sculptures, art books
Writing on the wall: Varunika Saraf’s artwork stirs you up and makes you think of events that are unfolding around us
Home is where the art is
Colossal canvas | Book review: ‘Conversations’ by B N Goswamy
Roadbumps for EVs
Most Read
India woos semiconductor makers in quest to become key player
China’s manufacturing weakens further as lockdowns continue
Govt puts import curbs on certain waste, scrap of precious metals
Buffett defends investments and cash stake, targets Wall Street at Berkshire meeting
Photos
India battles extreme heatwave! Pictures from across India show people reeling under scorching heat
1 day agoApril 29, 2022
CBSE class 10 term 2 Board Exam – Check photos of students across India outside examination centres
4 days agoApril 27, 2022
Bhalswa landfill fire in Delhi: 15 hours on, firefighting operations underway – See photos
4 days agoApril 27, 2022
Read More
×
House of premiers: A new museum recognises the contributions of all the former PMs of India
Excerpts | The battle continues: ‘A Brief History of Equality’ by Thomas Piketty
Covid-19 surge: Delhi logs 1,520 new cases; positivity rate at 5.1%
Eid Mubarak 2022: Best wishes, greetings and messages to share with your loved ones on Eid-Ul-Fitr
Beijing ramps up strict control measures against COVID amid decline in cases in Shanghai
Covid-19: First dose to be given as booster to those vaccinated with Sputnik V, NTAGI recommends