Earth Day 2022: Is plant-based meat better for the environment?

As we celebrate Earth Day this year, it is imperative to spend some time mulling about how to help our planet retain its prominence and greenery for a sustainable period. 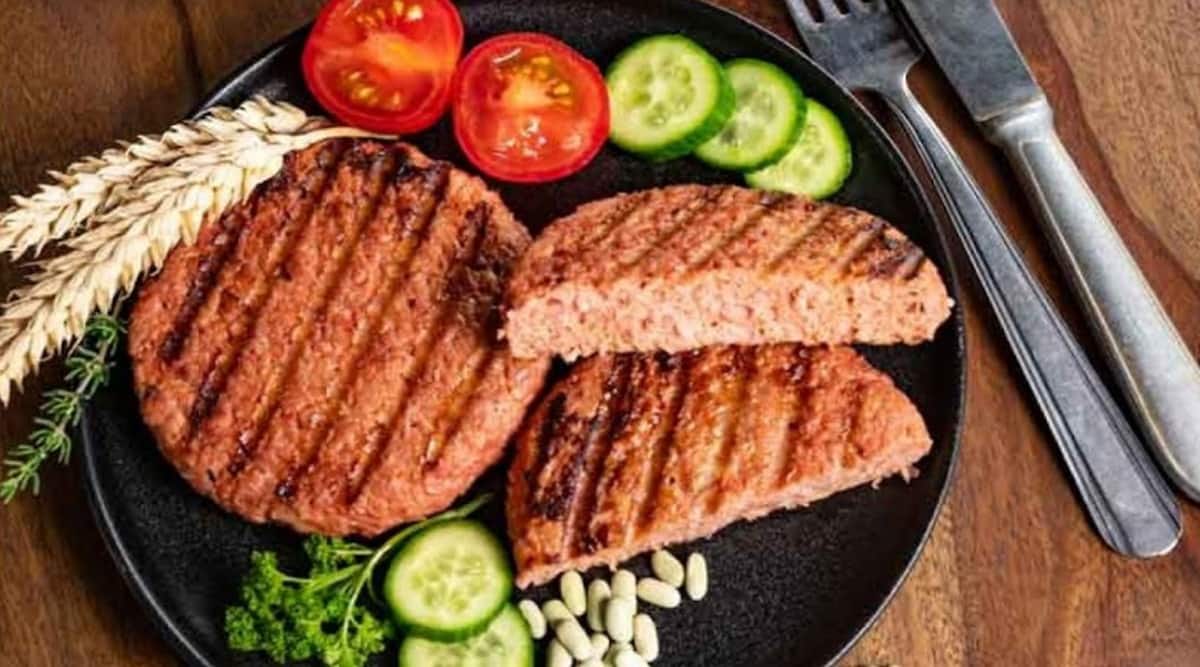 The best part is that these planet-friendly meat alternatives are integrated with high-protein and nutritional value and zero cholesterol.

Remember the days when the sky was clearer with stars shining everywhere or the times when we didn’t chase after bottled mineral water but were okay with drinking water from natural sources? No? Well, neither can we.

This is because over the period, drunk on the perspective of rapid development, luxurious lifestyle, expensive mode of conveniences, lip-smacking cuisines, and whatnot, we became oblivious to the fact that for our grandeur lifestyle, the environment is paying a high cost. As we celebrate Earth Day this year, it is imperative to spend some time mulling about how to help our planet retain its prominence and greenery for a sustainable period.

In this context, plant-based diets are emerging as a conscious step to meet the climate-related goals of developing communities. And, NO, it doesn’t necessarily mean that you need to give up on eating tangy Butter Chicken or delectable Mutton Korma. The idea is to opt for a healthier, sustainable, and greener alternative to traditional animal-based meat. Enter plant-based meat– a revolutionary innovation that has made it easier for everyone to contribute toward environmental preservation.

In 2018, the Ipsos Global Advisor platform conducted a survey and found that 73% of people worldwide are omnivores (eat both animal and non-animal products). Did you know that catering to the meat-eating habits of these 73% of people, 80 billion animals are slaughtered every year?

It might surprise you to know that animal cruelty is not the only thing at play here. According to various studies, traditional meat is responsible for generating 60% of all greenhouse gases from food production– the same greenhouse gases that trap the sun’s radiation contributing considerably towards warming the planet and pushing it further towards severe global warming.

And, we cannot forget the massive amount of land and water resources required to do animal agriculture. A report by Water Footprint Network highlighted that global animal production requires approximately 2422 Gm3 of water every year. The report also claimed that animal products have a significantly greater water footprint than crop production.

Similarly, other reports have stated that out of 29% of land on Earth (the rest is ocean), only 71% is habitable. And, only 50% of this habitable land is used for agriculture. But the notable part here is that 77% of this large agricultural land accounts for livestock farming which ironically only produces 18% and 37% of the world’s calories and protein, respectively.

In contrast, 23% of the global agricultural land used for growing crops (excluding feed) supplies 82% calories and 63% protein– all from plant-based food. So, it becomes imperative to ask, are we investing a large amount of our much-needed resources to get pennies in return?

The aforementioned stats beg to ask, why are we still following the traditional animal-based diet when it is a proven fact that animal agriculture is contributing immensely to the rapid climate change and deteriorating environmental conditions? Isn’t it time to make plant-based meat a mainstream alternative to a high protein, nutrient, and scrumptious diet?

Yes!! Plant-based meat is better for the environment

Owing to the constantly evolving nature of food technology making it possible to create faux plant-based meat, every meat lover can reduce their carbon footprint while also consuming the foods they adore. The lesser the demand for animal-based meat, the lower will be the need for animal agriculture. And considering that most plant-based meat is integrated with protein and nutrients extracted from soybean, pea protein, and other hand-picked ingredients, studies have shown that they emit noticeably less GHG gasses than conventional meat.

And of course, if you are worried about sacrificing your taste buds for the greater good, DON’T. Modern-age food tech companies are working strenuously to ensure that consumers can continue having their favorite non-vegetarian cuisine with a sustainable, healthier, and plant-based twist. The best part is that these planet-friendly meat alternatives are integrated with high-protein and nutritional value and zero cholesterol. Simply put, one can shift to a plant-based meat diet and live a guilt-free, healthier, sustainable, and environmentally friendly lifestyle.

Remember, one simple and conscious dietary change can start a chain reaction that will eventually reduce the number of animals raised to get slaughtered. This will help not only animals but also human beings to live in a better, greener and sustainable world.

(The author is CCO, Blue Tribe. Views expressed are personal and do not reflect the official position or policy of the FinancialExpress.com.)