Durga Puja gets UNESCO tag: What is intangible cultural heritage and how new status will help in its protection and promotion

The Ministry of Culture has implemented several schemes for providing financial assistance to artists and institutions for the promotion and preservation of the cultural heritages. 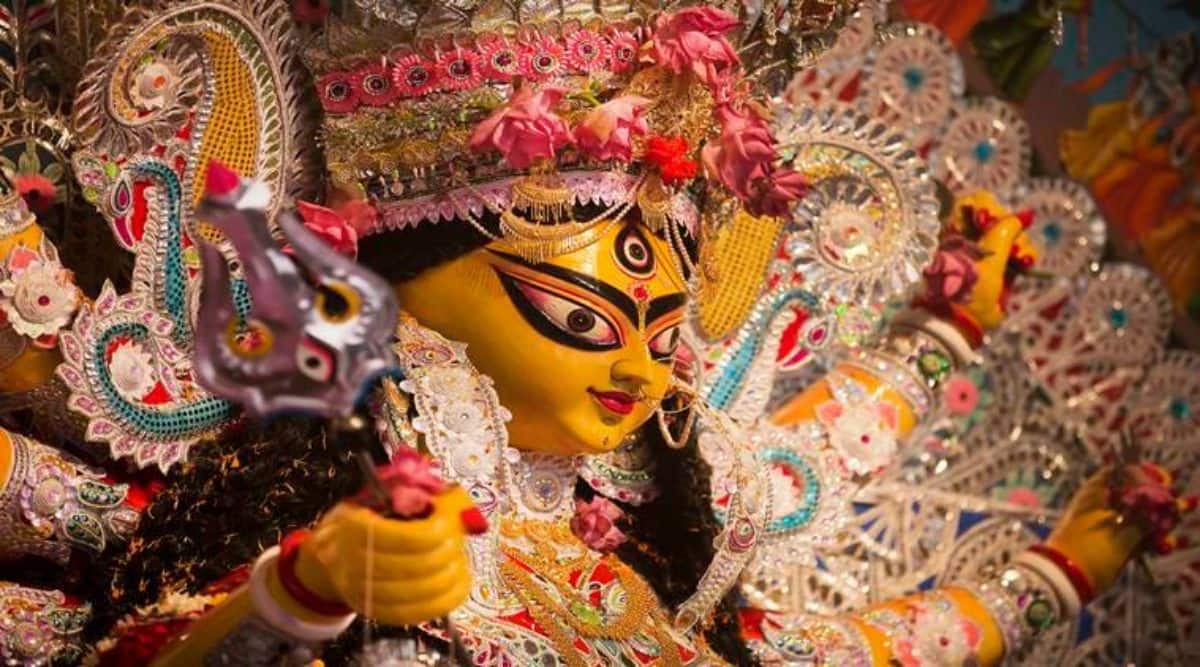 Kolkata’s iconic Durga Puja that arrests tourists from all over the world and is celebrated with great zeal by Bengalis all over the world who mark the time of the year as ‘homecoming’ has been included in UNESCO’s  Representative List of Intangible Cultural Heritage of Humanity.

Eric Falt, director of UNESCO New Delhi expressed his confidence  that this inclusion will offer encouragement to local communities that celebrate Durga Puja  including  artists, craftsmen, organisers as well as visitors.

Durga puja is the biggest religious festival of the Hindu Bengali community all over the world. Although celebrated in Tripura, Jharkhand, Bihar, Odish, Delhi, Maharashtra, the heart of four-day Sharodutsav is in Kolkata that starts with Devi-baron on ‘Sasthi’ i.e sixth day of Navratri and ends with Bisarjan or Dussehra.

More than 3, 000 community Durga Puja is organised with great fervour that includes building up a pandal, decoration with lights, puja and bhog distribution. The UNESCO website finds Durga Puja as “best insurance” of  art and religion and a thriving platform for designers and artists.  Moreover large scale installations in urban-space, veneration of the goddess, traditional Bengali drumming characterises the festival that goes beyond the divide of class, ethnicity, religion, says UNESCO.

The Mamata Banerjee government has been organising  Durga puja carnival since 2016 where popular pujas from Kolkata and adjoining districts  parade at red road to attract global attention.  Moreover, Rs 50,000 financial assistance was given to the Durga Puja committees. Similarly organisers were assured that they can use electricity for pandals half the price for the four-day celebration.

Kumartuli is the 3000-year-old clay-modelers hub in Kolkata that models Durga idols and even exports them to other parts of the world. Idol-makers in Kumartuli with the new UNESCO tag hoped for a revamp in infrastructure, working conditions, civic amenities.

The artisans also hoped for  more organised and structured celebrations. Kartik Paul, spokesperson of Kumartuli Mritshilpi Samity told PTI that an event will be organised for the future roadmap. Artisans also looked forward to overhauling the infrastructure of Kumartuli that reels under narrow lanes, cramped studios that pose challenges especially during the rainy season for shielding idols.

How an Intangible cultural heritage is included in UNESCO’s list

The state parties are required to submit nomination dossiers on the relevant element for evaluation and examination of the UNESCO Committee. The nomination dossiers are prepared by the Sangeet Natak Akademi under  the Ministry of Culture after making necessary interaction with experts, stakeholders

The Ministry of Culture has implemented several schemes for providing financial assistance to artists and institutions for the promotion and preservation of the cultural heritages.

UNESCO recommends countries develop inventories and work with groups to ensure their continued existence. It also provides for finds collected voluntarily by member nations and disbursed  to support the maintenance of the recognised element

Recently there was debate on using intellectual property rights to protect the heritages and the use of legal framework to do so but  risks of commodification derived from the possibility was also discussed.

What is an Intangible Cultural Heritage

Intangible cultural heritage according to the UN body is something that is contemporary, traditional and living at the same time and is community-based, representative and inclusive and has an important role in maintaining cultural diversity  and its understanding can help. With intercultural dialogue and mutual respect for other ways of life.

It does not end with monuments or collections of objects  but also includes living expressions, traditions inherited and passed on through generations through performing arts, oral traditions, rituals, social practices, festive events and the like.

Others Intangible Cultural Assets of India

The representative list has 492 elements with 14 entries from India now China has the highest number of elements followed by France and Japan. Besides Durga Puja the list in India includes, Kumbh Mela, Sankirtana of Manipur, Chhau dance in west Bengal, Nowruz, Buddhist chanting of Ladakh, Vedic chanting , Ramlila, Kutiyattam Sanskrit theater and more.