With many experts warning of the role played by severe air pollution in increased Covid-19 mortality, the firecracker industry and people associated with the industry are also facing the heat with a sharp dip in the demand of the firecrackers. 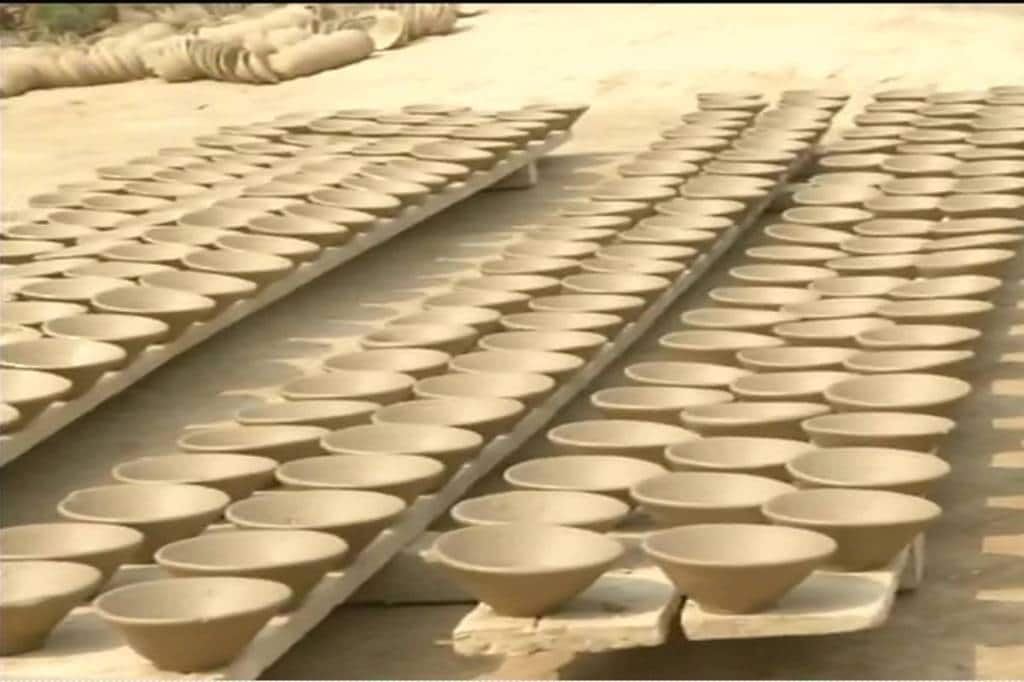 Potters in Varanasi city expressed happiness over the renewed interest and jump in demand of diyas this year. (Credit:ANI)

Even as the spectre of Coronavirus second wave in the country looms large during the impending festive season, the country is preparing for arguably its biggest festival of the year- Diwali. Various state governments are also issuing a myriad of Covid-19 guidelines to ensure that the deadly Covid-19 virus does not spread as people lower their guard during the festivities. In addition to the pandemic, severe air quality in Delhi and the neighbouring National Capital Region has also become a huge problem much like every year.

A shopkeeper in Shamli district of Uttar Pradesh while expressing unhappiness with the firecracker ban in the national capital told news agency ANI that the government announced the ban too late and firecrackers had already been manufactured. The shopkeeper also said that he had purchased a huge stock of firecrackers and has nowhere to sell his huge stock.

A shopkeeper in Lucknow’s firecracker market echoed the situation as he told ANI that there were no customers in the market this year. The shopkeeper further said that with every passing year the number of customers have been decreasing but this year due to the pandemic and strict control of the administration there are no customers at all.

However, a spike has been registered this year in the demand of diyas made up of earth and mud. Potters in Varanasi city expressed happiness over the renewed interest and jump in demand of diyas this year. Munni Devi, a resident of Varanasi told ANI that she had received the orders to manufacture about 5-6 lakhs earthen lamps this season.