With Valentine’s Day coming up this weekend, Wego, travel search site has revealed some of the best destinations 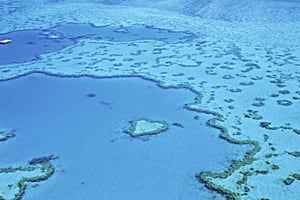 With Valentine’s Day coming up this weekend, Wego, travel search site has revealed some of the best destinations to pop the big question. Travel has always had a romantic undercurrent. Journeys into the unknown, unseen sights, new discoveries and experiences. There’s probably no greater romantic a journey however than the one you take to the location of a magic marriage proposal.

Joachim Holte, chief marketing officer, Wego said, “Destination weddings are extremely popular in some countries, especially with travellers from India, the UAE, Australia and Southeast Asia. Before you get to the wedding day though, the memory of where and how a marriage proposal takes place is a story that will be retold through generations, so it’s worth putting in some effort to select a special setting to make it as memorable as possible.”

“Celebrating Valentine’s Day by whisking your partner away on a romantic retreat can help retain the surprise factor and keep suspicions under wraps. Planning a proposal overseas is not as difficult as one might think. One will be surprised at how flexible and helpful a hotel, venue, tourist attraction, even an airport will be should you approach them with the idea. The first thing you should do is consider which destination has meaning to the both of you; either somewhere special that you’ve already travelled to, or a destination that’s on both your wish lists. Or you can surprise your partner and select somewhere very unique so the destination becomes something of a new experience for you both,” Holte said.

Meeting your significant other at the airport arrival gates and popping the question is also becoming more popular. Plan ahead, approach the airport authority who can advise you on what you can and can’t do. “If you’re really stuck for ideas on exactly what venue to choose and the all-important delivery of the proposal, contact a marriage proposal service or agency which are becoming as popular as wedding planners all over the world,” Holte continued. “If a flash mob is more your style, contact dance studios at the destination who are usually more than happy to help you with a ready-made dancing crowd.”

Here are some especially memorable locations to pop the big question on Valentine’s Day;

– Take a small plane or helicopter over the Whitsunday Islands in Australia’s Barrier Reef, and pull out that special ring as you pass over, naturally formed nod to romance, Heart Island.

– Forget Las Vegas, head to Asia’s gaming and entertainment capital in Macau, just an hour from Hong Kong by ferry, and take a Skywalk around the outside of the Macau Tower. Have the team from AJ Hackett who run the walk and bungee jump, to hold up a big ‘Marry Me’ sign from inside as you take in the views from 233 metres above the city. Book a luxe suite at one of the five star integrated resorts such as The Venetian or Galaxy Macau, and sip champagne delivered by your personal butler.

– If you love the water go to Kuala Lumpur’s Aquaria at the KLCC. This aquarium offers several proposal packages. Have a diver hold a ‘Marry Me’ sign from inside the tank among the fishes or dive in and do it yourself while you both take a dive with sharks. For something a little more exotic head to Sarawak and the Cove 55 luxury villa. Propose under a sky beaming with stars as with views over the Santubong peninsula. Surrounded by lush rainforest and the South China Sea, this is a unique location to ask that special question.

– Built in the name of love, the splendour of the Taj Mahal in Agra epitomises romance. But for something a little more dramatic, check into one of the historic palaces, now converted to luxury hotels. Try the Oberoi Rajvilas in Jaipur or the Taj Lake Palace for an unforgettable proposal filled with atmosphere.

– Channel the romance of the Arabian Nights and venture on a desert camel safari from Dubai with Platinum Heritage Tours. Pop the question by the glimmer of a soft antique lamp while your personal butler serves your freshly cooked meal, prepared on site. After hearing tales from a local Bedouin by the campfire, retreat to your tent and be serenaded by the desert winds, and wake to see the desert sunrise with your new fiancé.

– Take a first class flight, anywhere. It doesn’t have to be to the other side of the world. The whole experience of flying in luxury is a treat in itself, even on a two hour flight. While you’re at 35,000 feet enjoying first class service and culinary excellence, tee up the cabin crew to pop the ring in a glass of champagne.

“Remember, the ring is important but the surroundings are everything. You’ll be glad you put the extra thought into asking one of the most important and memorable questions of your life,” concludes Holte.