In his first New Year’s address delivered on Friday, German Chancellor Olaf Scholz had requested all the people to get vaccinated noting that the pandemic was not over. 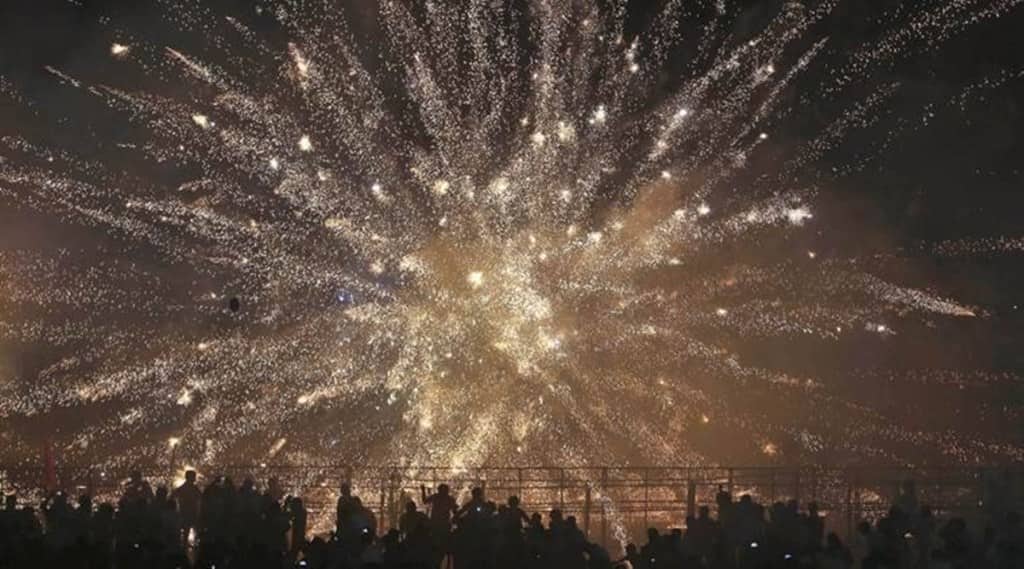 Germany has a decades-old tradition of lighting fireworks on New Year’s Eve (known locally as Sylvester) as the clock strikes 12 am. (Representational image)

Germany firecracker ban: This year, the New Year’s celebrations in the European country of Germany were subdued, with the coronavirus pandemic being the cause once again. German lawmakers decided to impose a strict ban on sale of firecrackers during the season for the second year in a row. Apart from this, many other COVID restrictions were also put in place after Christmas so that the country can deal with the threat of another coronavirus wave triggered by the Omicron variant this time, according to a report in IE. The country has been quite impacted by what seems to be the fourth wave of the pandemic, especially due to the fact that Germany has a low vaccination coverage.

In his first New Year’s address delivered on Friday, German Chancellor Olaf Scholz had requested all the people to get vaccinated noting that the pandemic was not over. Despite this and the ban placed on firecrackers, many Germans crossed into Poland and purchased firecrackers from there. The question that emerges here is why a firecracker ban is at all needed to curb COVID-19 spread in the European country.

Well, the ban was placed to prevent a lot of people from gathering at one place while approaching the New Year’s, since a large number of cases have been cropping in this fourth wave of coronavirus in the country. Not only that, but the health minister of the country has also warned against a massive fifth wave. However, hindering gatherings was not the only reason behind the ban. The authorities also feared that mishaps due to fireworks could lead to the hospitals being overburdened with more emergency cases coming in at a time when they are already grappling with the weight of handling the rising number of COVID cases, the report added.

Also Read
With a net worth of over Rs 212 Crore, let’s take a look at everything expensive that Jackie Shroff owns
The 7 bottles you need for a well-stocked home bar
In layoff season, here’s what you can do to ease anxiety
Wondering how Shah Rukh Khan built his physique for Pathaan? Know from his fitness trainer

Germany has a decades-old tradition of lighting fireworks on New Year’s Eve (known locally as Sylvester) as the clock strikes 12 am. At midnight, people come out on streets to see the skies lit by private fireworks, which usually go on until early morning. While this tradition excites people, the country also sees a lot of firework-induced injuries across hospitals every year. These injuries include severe burns as well as lacerations.