The infection rate which had reached to 36 per cent in the last week of April, has come down to 0.08 per cent now. 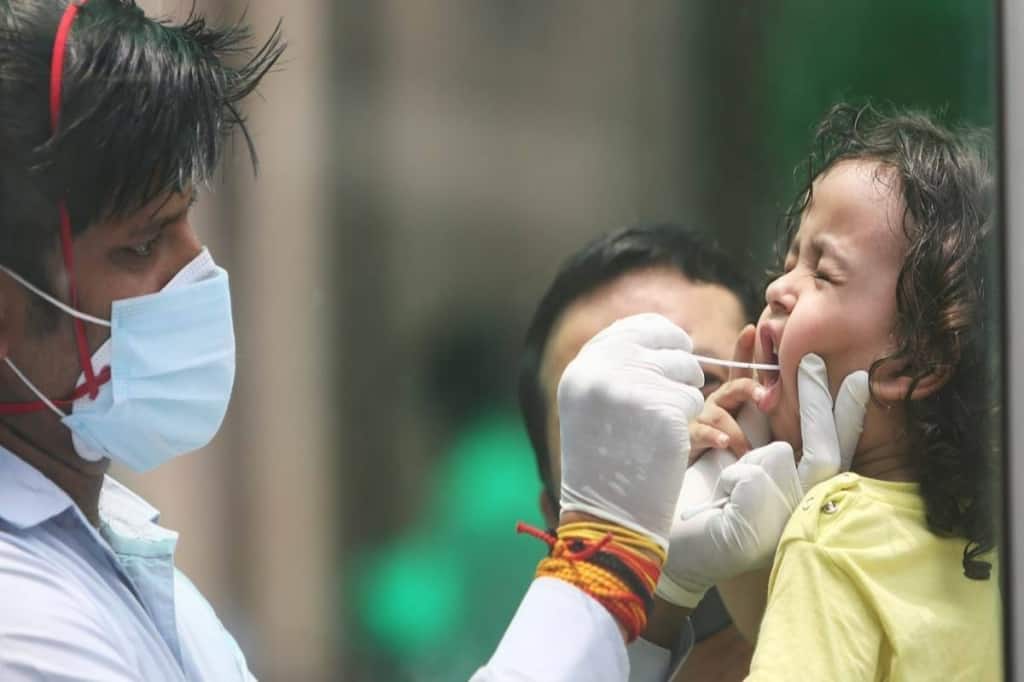 The single new fatality has pushed the death toll in the city to 25,040 (Representative Image)

The national capital recorded 49 fresh COVID-19 cases and one death due to the disease on Thursday, while the positivity rate dropped to 0.08 per cent, according to the data shared by the health department here. The single new fatality has pushed the death toll in the city to 25,040, according to the latest bulletin.

The infection rate which had reached to 36 per cent in the last week of April, has come down to 0.08 per cent now.

Also Read
Intermittent fasting to Peleton: A look at UK PM Rishi Sunak’s fitness routine and breakfast choices
Delhi pollution: Air quality in ‘severe’ category
Stressed about house interiors this festive season? Here’s how you can do it with just a click

On February 16, 94 people were diagnosed Covid positive while the daily tally was 96 on January 27, according to official figures

Follow us on
Latest News
Sony PSVR 2 launch set for February 22; pre-orders to start from November 15: Price, specs and more
UGC urges HEIs to work out modalities to imbibe spirit of ‘Panch Pran’, ‘LIFE’ movement
Stellantis India focuses on omnichannel customer experience for Citroen and Jeep
No dearth of platelets, beds for dengue patients in UP: Deputy CM Pathak
Bobble AI appoints Sahil Deswal as its chief growth and marketing officer
Gujarat Elections 2022: Polling to be held in two phases on December 1 and 5, result on December 8
UPI: P2M transactions jump 126% to new all-time high in October from year ago period
Photos
Heart-wrenching! Here is a look at Morbi and the suspension bridge that collapsed
3 days agoOctober 31, 2022
In Pictures: PM Modi in Kargil to celebrate Diwali with soldiers, says, ‘All of you have been my family for years now’
1 week agoOctober 24, 2022
In Pictures: PM Modi inaugurates Deepotsav in Ayodhya; World record set by lighting of over 15 lakh diyas
1 week agoOctober 24, 2022
Read More
×
Ever heard of ‘Beauty Parlour Stroke Syndrome’? You might want to be careful the next time you get a hair wash
Delhi pollution: Air quality in ‘severe’ category
What are the colours for bridal lehenga this season? Know it from designer
Coronavirus India Update: Active Covid cases in country dip to 16,098
Chikungunya cases on rise: Chandigarh records 230 cases out of nationwide 287 cases this year; Check symptoms & precautions here
What is a mono diet? How to detox with it? Know it from Life Coach Mickey Mehta