‘Careers for children’s writing are dwindling’ 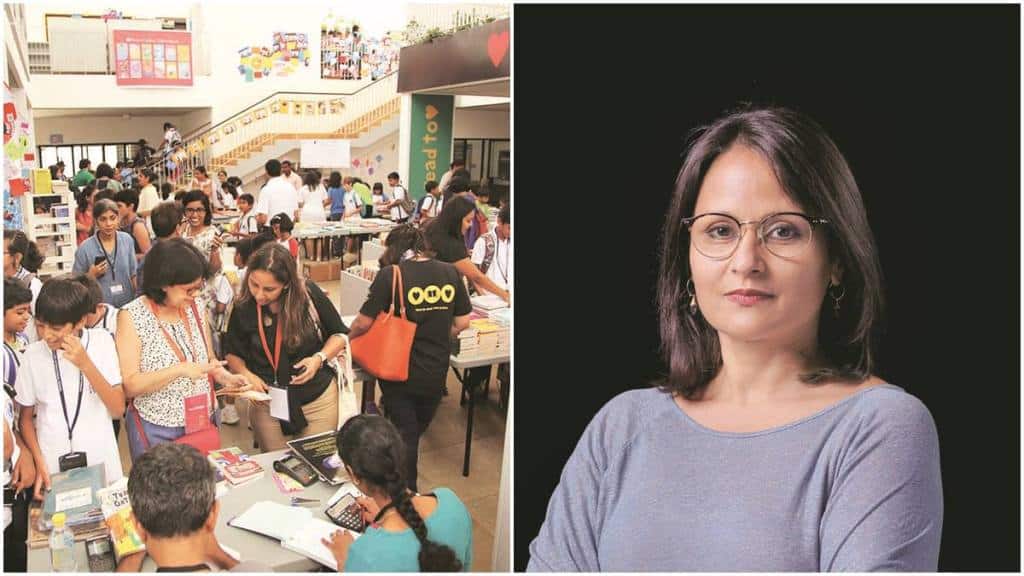 There’s a wide gap in children’s literature in India. While academic books dominate the children and young adult literature market, non-academic books find few takers. This is further weakened by the low remuneration paid to authors of children’s literature, mainly due to low readership. “A children’s author I spoke to recalled how writing children’s books could not be her main job because it hardly paid. She instead had to treat it as her hobby and take on other jobs as well to make a decent living,” says Kavita Gupta Sabharwal, co-founder and curator of Neev Literature Festival, an event focusing on kids’ literature, currently on at Bengaluru.

This reality is hardly addressed by renowned authors or publishers publicly. But Neev Literature Festival’s ‘A Study on Children’s Publishing Sector in India’ by Kanishka Gupta, literary agent and publishing commentator, addresses the issue. The ongoing study has voices from authors and publishers and was presented during the festival.

Also Read
From converting tees to mops to sharing clothes with her sister: Here’s Shefali Shah’s guide to reusing clothes
How can one change their sleep cycle with meditation?
Funding question to dominate Egypt climate summit

Sabharwal says that the market for Indian children’s writing is unsustainable and non-existent and that makes authors reluctant to choose children’s writings as a career path. “Careers for children’s writing is dwindling. What they get paid is very less and is less than `50,000 for a book. There are lots of children’s writers in India, but the challenge is that they are doing it as a side thing. There is a strong market for children’s activity books but not for literature books. Royalties to authors amount to 7% only but such books usually go out of print after a couple thousand copies. Additionally, Indian studios have not realised the potential of young adult and children’s series and shows,” shares Sabharwal while adding that Korean and Japanese shows dominate the television and OTT space for children and young adult and that Indian content in this category is completely missing.

The theme for this year’s festival is ‘Reading takes you places’ and it focuses on the power of books to set one free to experience new places, of this world, in their imagination, and explore various cultural perspectives.

NLF 2022 is spread over 92 sessions with over 60 speakers from around the globe talking about topics ranging from climate change to writing from conflict zones. Authors like Roopa Pai, Anushka Ravishankar, Paro Anand, Jane De Suza, Samina Mishra, Venita Coelho and so on, have been invited. The festival additionally has 13 sessions for parents and teachers, 17 interactive sessions, 20 master classes for students, and 42 book readings by authors.

Follow us on
Latest News
Sri Lanka, India discuss common maritime challenges faced by their navies in Indian Ocean
T20 World Cup 2022: England beat Sri Lanka to enter semifinals, Australia knocked out
DU Admissions: University of Delhi releases list of vacant seats on CSAS round 3 – Check details
S&P 500 gains after four-day slide as dollar slump the most since March 2020
Mumbai’s Fashion Street fire incident: At least 10 shops gutted, nobody injured
‘You are Pakistan’s hero’, says ex-PM Imran Khan as he meets his saviour
DCB Bank Q2 profit jumps 73 pc to Rs 112 crore
Photos
Heart-wrenching! Here is a look at Morbi and the suspension bridge that collapsed
5 days agoOctober 31, 2022
In Pictures: PM Modi in Kargil to celebrate Diwali with soldiers, says, ‘All of you have been my family for years now’
2 weeks agoOctober 24, 2022
In Pictures: PM Modi inaugurates Deepotsav in Ayodhya; World record set by lighting of over 15 lakh diyas
2 weeks agoOctober 24, 2022
Read More
×
Need to blend ancient knowledge with modern science: Science and Technology minister
Air quality recorded in ‘very poor’ category in parts of Delhi; 24 of 37 monitoring stations record ‘severe’ AQI today
1,082 fresh COVID-19 cases in India
Winter is coming: Tips you should follow to have healthy and glowing skin
Ever been ghosted on a dating app? Here’s why that happens; Check out tips to avoid being ghosted
Hindi my comfort language, says International Booker winner Geetanjali Shree at Sharjah Book Fair