Branding with colour: How colours are used to convey messages in branding

The vibrant brand identity will be seen across government organisations, official websites soon. 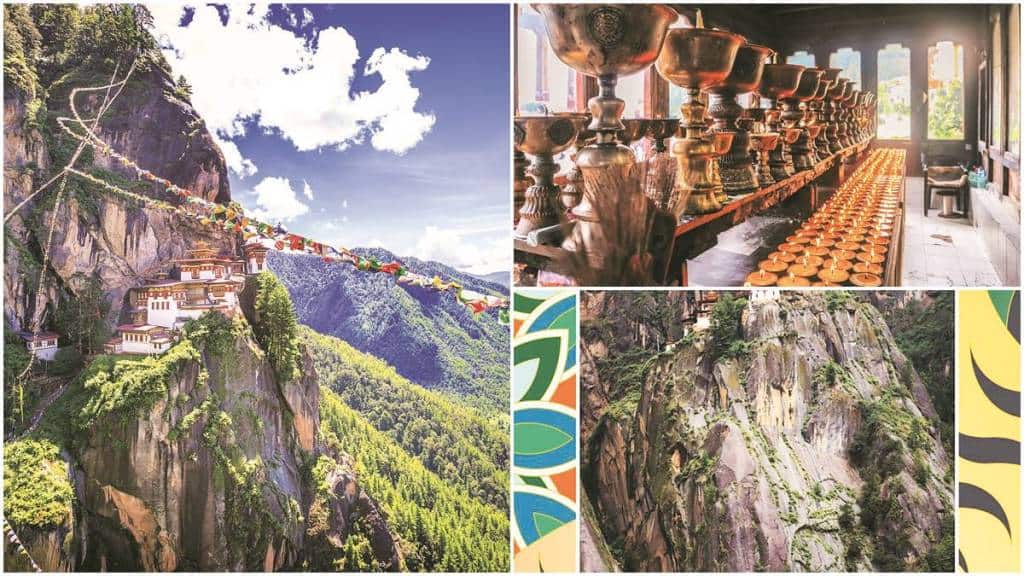 The funds raised by the SDF will play an invaluable role in supporting a range of social, environmental and cultural initiatives, as well as Bhutan's wider aspirations.

This year, some brands changed their logos or brand identity to make a renewed impact on consumers post-pandemic. If some use colours to convey values such as diversity, multiculturalism, others try to convey beauty and optimism.

One recent example is Bhutan, which reopened its borders this year after more than two years. The country has revealed a new national identity with a new slogan (Believe) and new logo that demonstrates an evolution and a spirit of optimism. Bhutan is the only country in the world that uses the happiness of its people as a guiding principle that underpins everything. It may be one of the very few carbon-negative countries in the world (in 2021, Bhutan sequestered 9.4 million tonne of carbon against its emission capacity of 3.8 million tonnes). As the country reopened this year, its plans and programmes were built around to embrace visitors once more, one of the notable changes is the increase in the Sustainable Development Fee (SDF), a daily contribution made by visitors towards Bhutan’s development. The funds raised by the SDF will play an invaluable role in supporting a range of social, environmental and cultural initiatives, as well as Bhutan’s wider aspirations.

The new design draws on the Bhutanese flag’s vibrant yellow and orange, with inspiration from nature – the cypress green of the forests that cover 70% of the country, the blue of Bhutan’s national flower, the Himalayan blue poppy, and a soft black referencing the natural soot from the fires burning in the country’s hearths. Using these colours, a completely new graphic identity system was created, which draws on traditional Bhutanese iconography such as hand-painted architectural decoration, mythical animals, folklore and symbolism. The vibrant brand identity will be seen across government organisations, official websites soon.

Also Read
Coronavirus: These states issue guidelines and measures to control COVID spike; Check full list here
What’s it like to be in a live-in relationship in India? Couples tell us
A look inside Karan Johar’s lavish duplex re-designed by Gauri Khan
International day of forests: Collaborative effort to help save our forests

Julien Beaupre Ste-Marie, MD, MMBP & Associates, the branding agency involved, says: “As the world wakes up to the damaging effects of unrestricted mass tourism and tries to find ways to mitigate climate change, this small, mighty country has many lessons to share with the world.”

Also Read: Trendiest clothes men should have in their winter wardrobe

Dorji Dhradhul, director general of the Tourism Council of Bhutan, added: “Inspired by our new brand, and with a renewed focus on our time-tested high value, low volume approach to tourism, we aim to offer an elevated experience to all guests who visit Bhutan, while at the same time creating well-paying and professional jobs for our citizens. We believe that Bhutan can offer that space and place for guests to reconnect with themselves, with Bhutanese people, and with the world at large.”

When it comes to product design, colours first catch the consumer’s eye. Like the colour play in United Colors of Benetton, a clothing brand known worldwide for its colours, knitwear expertise and social commitment. Colours can also develop trust and loyalty among consumers so brands must put in a careful thought on the elements of branding — logo design, colour, physicality, and graphics.

Blue, for instance, stands for trust, responsible and secure. Tech companies use blue as their brand colour. Facebook, Samsung, Walmart, etc. Red demands attention and is a colour of passion and excitement. Coca-Cola has been using it for more than 100 years now and YouTube for more than 15 years now. Apple stands for its simplicity and the purest of colours, white. Many factors influence how and what consumers buy, a great deal is decided by visual cues and colours.
Audi, this month, redesigned its four-ring logo in 2-D appearance which is the carmaker’s new corporate identity. The logo in Q8 E-tron SUV is devoid of chrome with the four interlocking rings now being white in colour, embedded inside a black clasp body. The original logo dates back nearly a century, representing merger of auto manufacturers based in the German state of Saxony: Audi, DKW, Horch and Wanderer.

The US’ men’s national team at the World Cup in Qatar redesigned their crest to incorporate the rainbow flag, in a bid to show solidarity with the LGBTQ+ community. Happilo, the healthy snacking brand, unveiled its new brand identity and redesigned logo this month, evokes a feeling of happiness, fun, and enthusiasm. The curved line in the logo that symbolises a smile signifies joy, love, and positivity. This month, Thomas Cook, an omnichannel travel services company, unveiled their new logo inspired by the changing environment, renewed energy and excitement that define the company in this new era of travel.