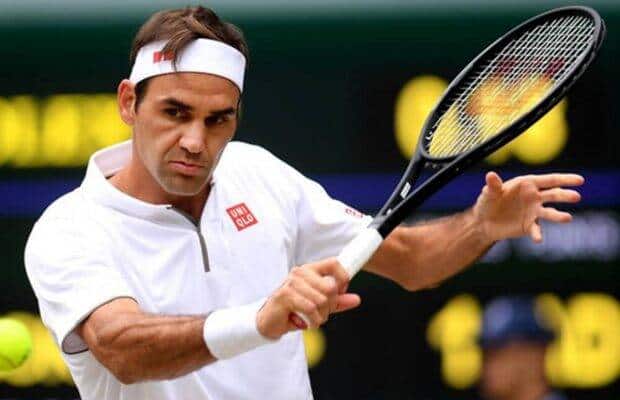 Christopher Clarey, in his book The Master, takes us through the life and times of Federer, which starts from childhood and covers his stardom

A book on Roger Federer always appeared to be due as he is an iconic sportsperson, who, at the age of 40, still cannot be written off. In fact, winning another Grand Slam in 2022 cannot be ruled out and his performance even in the recent past has been powerful to take him to the semifinals without much ado. This combination of determination and brilliance is what has catapulted Federer to a champion, or rather the master that he is today. But also it can be said that while there could be some more displays of brilliance, the time is approaching for the curtains to be down, which makes such a biography befitting.

Christopher Clarey, in his book The Master, takes us through the life and times of Federer, which starts from childhood and covers his stardom. His entry into the big league began in 2001 and the book has a vivid description of his match with another genius, Pete Sampras, at Wimbledon. That was probably the starting point of his career when he took on the Number 1 seed. Interestingly, Federer attributes a lot of his play to instinct and luck when asked as to how he responded with terrific returns that looked winners. Call it modesty or honesty, this has worked for the past 20 years for Federer.

It would come as a surprise to the reader that he was known for his temper and was called a ‘hothead’ in his youth. One probably will not find any trace of this today in his demeanor as he is known as a gentleman player who may weep but never yell. In fact, the author shows through the book the softer side of Federer as he had a tendency to choke when speaking after the finals whether he won or lost.

This was not so in the early days when he was known for being quite fiery in temperament. His temper was brought under control partly due to the influence of his favourite coach Peter Carter, who unfortunately died in a car accident. The author also draws a parallel to Bjorn Borg, who was known as being ‘ice-cool’ but started off as a hotheaded player.

Recollections of his younger days may be a bit of a drag for the reader but the book picks up tempo as he begins playing big time. Some of his early classic duels have been with Andy Roddick and Marat Safin, and Clarey does take us through some of them. Federer was also a regular with the Davis Cup, playing for Switzerland. Interestingly, he dreamed big not just in terms of playing and winning but carrying on till his forties! He played the 2000 Olympics but did not quite a make a mark and got the silver in the 2012 Olympics where Andy Murray finished with the gold medal. But his first appearance in 2000 was significant because this was where his personal life took a turn as he met Mirka who became his wife later, and more importantly, had a lot of influence on his game, making him a tennis player of some repute.

Clarey takes us through his other epic matches with the likes of Djokovic and Nadal, who probably were his nemesis whenever he did not win. While it may be argued that the last decade if not more has been one of dominance by the big 4, including Andy Murray who fell out of this square due to an injury, the world did get to see the most interesting contests that were hard fought. There has also been a change in style of play where the baseline approach has been pursued, unlike the times of Becker, Edberg, Sampras, etc, who used to rush to the net to score their winners. But that has more to do with the courts which are no longer grass, with Wimbledon being the exception. The author also opens the debate to the best encounters which went into five sets and the Federer-Nadal matches have been pitted against the Borg-McEnroe ones, where the reader can have her say after watching videos of them.

The descriptions of some of the fiercely contested matches with Nadal and Djokovic can bring back some vivid memories. Contrary to what we see in such matches, there are several strains— emotional as well as physical. All these players have gone through such phases in their careers that find mention in some of the chapters. Federer may have made all these games look very easy with his backhands, leaps, forehands, and some amazing aces. But mentally and physically they were exhausting. Clarey looks into the mind that went behind these shots and describes the grit that saw him through these situations.

Clarey as an author is quite exceptional, because besides being a sports enthusiast and a follower of tennis in his personal capacity as well as a journalist since 1990, he has followed Federer across the world and held over 20 exclusive interviews at different points of time. In fact, he states that he has been witness to at least 20 of Federer’s appearances in the finals of Grand Slam events. He has followed Federer from early times and has seen his transformation as a person and player. The book hence takes us through all these changes, and will be a delight for a Federer fan.