Book Excerpt | The Death Script — A long streak of red

Dwelling on his reportage of the conflict in Bastar, author Ashutosh Bhardwaj brings the discord alive as he weaves a human narrative in his book, The Death Scrip. 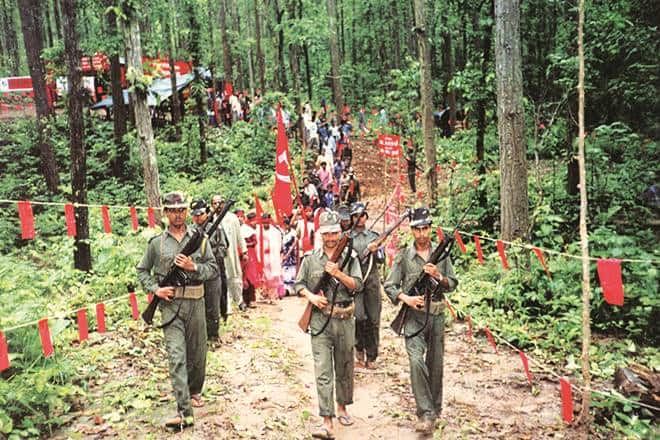 My Madam. That’s what I called her. I wanted to have a baby with her. I’m a dead man now. Whom will she have a baby with, I don’t know. My name was Korsa Joga. It still is. Your name doesn’t change after you’ve been murdered. The police register says: Korsa Jogaram, alias Ranjit Madkam, alias Shivaji. Notorious Maoist. Age thirty-five years. Gond tribe.

I was murdered fourteen days ago. The first day of the year 2015. In district Bijapur, division Bastar, Chhattisgarh state. The police people got my post-mortem done. On a piece of paper, they wrote about how I was murdered, how many wounds I received, and all the spots where daggers had pierced me. I had been in the Party for eleven years. I carried an AK-47, was deployed across Dandakaranya, ambushed and killed many policemen, and never received a single bruise. But my former comrades killed me within eighteen months of my joining the police. They attacked me when I was going to my village near Gangalur. One of them was a boy I had recruited three years ago. He lived near my village.

I brought him to the Party, and he was the first to stab me. After killing me, they threw me on the road. I knew they were planning to murder me. Additional Sahab – the additional police superintendent of Bijapur – had asked me to be cautious since I was on their hit-list, and advised me to live in the police barracks. Surrendered Naxalites live in the police lines and remain safe. But I thought that I could tackle my old friends easily. I did not leave the jungle to live with weapons and policemen. I wanted to live in my village with my Madam. I was getting a small home built for us. I was on my way to the construction site when I was attacked.

Sahab often called me for information on the jungle. Sahab gave me a new name: ‘gopaniya sainik’ or informer. I told Sahab many secrets about the Party. I had once stopped a passenger bus in Murkinar, ridden it with my comrades and ambushed a police post. I had also looted a godown of explosives at the National Mineral Development Corporation in Bailadila, Dantewada, on 9 February 2006. Nineteen tonnes of explosives, fourteen self-loading rifles and 2,430 cartridges. Us Naxalites had never looted such a large quantity of gunpowder earlier. We could now plant battery-operated landmines across Dandakaranya that would explode with the slightest pressure, even the unsuspecting tyre of a motorcycle. We could now blow up the dreaded anti-landmine vehicles of the police. Scared, the policemen stopped venturing out of their camps. Our authority was stamped upon the jungle.

I joined the Party in 2002. I lived in Silger village, in the district of Bijapur. East of Gangalur. Silger’s neighbouring village Sarkeguda saw the murder of many adivasis by the police in June 2012, but I remember that year for a different reason. I was then a member of the South Bastar Division Committee of the Communist Party of India (Maoist). I headed a platoon and carried an AK-47. Once, I stopped at Penkram village with my boys. She was a teacher in a government school – I saw her and … I was instantly struck …

We left Penkram the next day. I wanted to go back, but I was a senior commander – I needed to have a reason to visit the village. So I devised a plan. Maoist commanders often call meetings of sarpanches, gurujis, health workers. I began calling meetings of the gurujis of that area. She would come … and then…

I cannot speak any more. The dead must not jabber on.

She had told me to stay back in Mysore. She did not want to return. But I could not grasp the significance of her words. Had we remained in Mysore, I would have gradually learnt some traits of the city. I would not have been murdered. I should have followed her. She was my teacher. My Madam.

What I’m going to tell you now, I have never shared with any outsider. It is not even recorded in the confidential files of my department.

Yes, I ensure the surrenders of innumerable Maoists in Bastar. I also recruit surrendered Maoists as auxiliary constables in the police force. I deploy some of them as gopaniya sainiks, some others I take with me to the jungle for operations. It is mandatory to record the surrenders on official files immediately and inform the Raipur police headquarters, which then submits a report to the Union home ministry in Delhi. But I do not follow either of these directives. In fact, I cannot.

Those who claim that I violate laws do not comprehend the law. Dantewada is not Delhi, nor is its policing the same. The Code of Criminal Procedure mandates that a person must be produced before a magistrate within twenty-four hours of the arrest. This is impossible in Bastar. Say my boys have gone for an operation towards Gompad or Kutul. If they catch anyone, it may take up to forty-eight hours to bring him to me, to the city. If I pick up somebody, will I first interrogate him, prise all the secrets out of him, or produce him before a goddamn magistrate?

If Ganapathy, the top boss of the Maoists, or Bhupathi, their politburo member, are caught, should I dutifully take them to a court, or keep them at a safe house for months and extract their entire history? Even if a divisional committee member is detained, I will not let anybody get wind of it, will grill him for weeks, and only when he has been completely drained, fit to be discarded, will I produce him before the media and the courts.
I follow a similar tactic with surrendered Naxals. How can I officially declare a surrender on the day the outlaw arrives at my door? I will keep him for weeks, months, squeeze all the juice out of him, and disclose him only after he is empty.

I am also aware that all those registered as surrendered Naxals on government papers are not Naxals. Many of them are villagers and Sangham members – ground-level, unarmed supporters. But who’s complaining? Do I kill anybody? Lock them up in a police station? I merely bring some tribals from villages, declare them as surrendered Naxals, get their photographs clicked by the media, and return them with 2,000 rupees and a bottle of country liquor, thereby creating the possibility that they may feel obliged to me and rat out the Naxals, or that the insurgents will begin doubting them for visiting the police and bringing home money and a bottle in lieu of surrenders that were never there. I thus try to create friction between the villagers and the Naxals.

War is not fought on the battlefield. It takes place on the chessboard of your mind. If I have my way, I can eliminate every single Naxal from Bastar.

Pages 5-8
Excerpted with permission
from HarperCollins