THE LIFE of a pehelwan (wrestler) is in no way easy. Not everyone can devote their developing years to strenuous training, endless sacrifices and bouts that feel longer than just a few minutes. 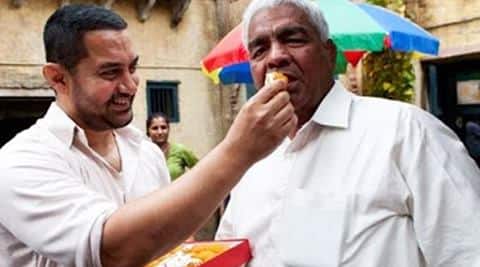 The prime perpetrator behind this cycle, their father and coach Mahavir Singh Phogat, is the central figure in Saurabh Duggal’s Akhada. (Source: IE)

THE LIFE of a pehelwan (wrestler) is in no way easy. Not everyone can devote their developing years to strenuous training, endless sacrifices and bouts that feel longer than just a few minutes. Geeta and Babita Phogat, however, learned early in their lives that this “cycle of wrestle-eat-sleep-repeat” would be unending for them.

The prime perpetrator behind this cycle, their father and coach Mahavir Singh Phogat, is the central figure in Saurabh Duggal’s Akhada. The biography traces not only the Phogat sisters’ journey to wrestling stardom, but also Mahavir’s life from an era when sports was just another route to secure a government job and wrestling was meant only for mard jaat (menfolk).

But what really spurred Mahavir to train his four daughters? Duggal’s book offers some key revelations about the man who is considered one of India’s greatest wrestling coaches.

Though one might imagine that Mahavir was interested in wrestling since the very beginning, but, as Duggal writes, it was kabaddi that was his “first love”. Wrestling only came to him when he was in class VIII. From his training days at Master Changdi Ram’s akhada in Delhi, working with the Haryana State Electricity Board and Border Security Force, to trying his luck in the property business and politics, there are many things in the book that have never been mentioned before in the public sphere. Another milestone that brings the reader close to Mahavir’s thinking is the day he actually made the “crucial decision to train the children in his family to win an Olympic gold”.

It is hard to ignore the journalistic style of writing that creeps in now and then, given the fact that Duggal is a sports journalist. Anecdotes from the Phogat sisters, Mahavir and his wife Daya Kaur read lengthy at times, but it is the same journalistic instinct that also gives Akhada a sense of foundation and credibility. Duggal quotes everyone in the book, from then chief national coach PR Sondhi to cousins who saw Mahavir’s hard taskmaster avatar from close quarters and often played the role of sparring partners for their sisters. There will, of course, be comparisons to Nitesh Tiwari’s film Dangal, which is based on Mahavir’s life.

In real life, though, it was Geeta and Babita’s mother, Daya Kaur, who yearned for a boy, unlike in the movie, where Mahavir, played by Aamir Khan, tried every trick for a son. As Duggal writes, Mahavir was “ecstatic” when Geeta was born and proclaimed that “his newborn would one day make the family proud”. A bold statement from a man who, in his own words, is “strictly against gender discrimination”.

Akhada is a beautiful read about a father who stopped at nothing to coach his daughters to become champions. Mahavir battled “stereotypical mindsets” and the “limited visions” of villagers. This is a man who transformed the baithak (drawing room) of his house into a wrestling hall for the girls to train during the monsoons.

An Olympic medal still eludes the Phogat clan, but, as Duggal writes, Mahavir has “his sight firmly set on the 2020 Olympics.”