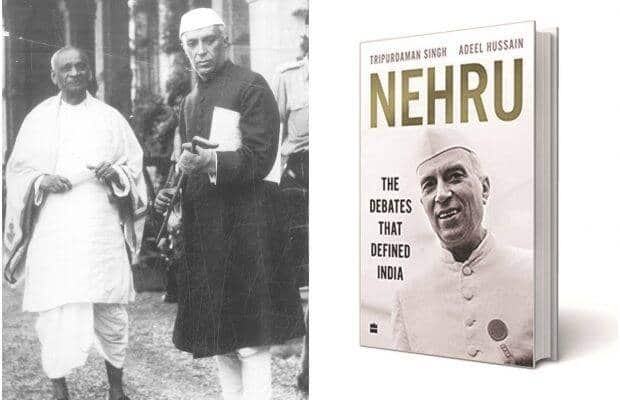 The charisma and mass appeal of Nehru often hid the complexity and vulnerability of his character.

Almost six decades after Jawaharlal Nehru’s demise, when his legacy is increasingly being questioned, some major issues that deeply engaged him remain relevant even today. The authors of the book under review, Tripurdaman Singh and Adeel Hussain, have carefully chosen the subjects as also four important figures— Muhammad Iqbal, Mohammad Ali Jinnah, Sardar Vallabhbhai Patel and Syama Prasad Mookerjee—with whom Nehru debates on Islamic solidarity, communal questions, foreign policy issues and the First Amendment to our Constitution.

The charisma and mass appeal of Nehru often hid the complexity and vulnerability of his character. As a freedom fighter wedded to the ideals of liberty, scientific rationality and modern democracy, Nehru’s image remains unsullied. However, his leadership role in shaping free India, especially his foreign policy, has been critiqued, often for valid reasons. After Patel’s death in 1950, and the quick resignation of four ministers, Nehru virtually had a free hand in running the nation till the Chinese debacle dented his national image and international prestige.

Going through the pages of the book, one gets a distinct feel of Nehru’s vision and his persuasive power that helped him override strong opposition. But the basic problems persist, none comprehensively resolved. Selection of appropriate correspondence between Nehru and his contemporaries holding different but clear-headed views, before and after independence, highlights the intricacies of the problems involved. Herein lies the strength of the book.

In an article published in The Modern Review in 1935 titled “Orthodox of All Religions, Unite!”, Nehru narrates an incidence in Benaras with Brahmins “with all manner of caste-marks proudly displayed on their foreheads marching shoulder to shoulder with bearded maulvis, the priests from the ghats fraternised with the mullahs from the mosques” with “Hindu-Musalman ekta ki jai”. He soon learnt, to his dismay, that this was a joint protest by the orthodox of both religions against the Sarda Act which prohibited marriage of girls under 14. Nehru’s crusade was against such orthodoxy, irrespective of religions. As the authors show, in Iqbal’s cherished idea of Bolshevism plus God, it was the ‘plus God’ part that led him into a heated exchange with Nehru. Nehru’s wider sympathies and attempt to bring together various strands of life for national progress and Iqbal’s steadfast espousal of the cause of Indian Muslims were not on the same plane. Iqbal writes: “I fear the Pandit’s articles reveal practically no acquaintance with Islam.” Similar differences arose between Jinnah and Nehru on issues like safeguarding the interests of the Muslims. As the authors argue, “Nehru openly raged against the Communal Award of 1932…” for the core reason that he “saw reservations opposed to the egalitarian principles of nationalism”. Nehru didn’t believe the “so-called Hindu-Muslim problem” as a genuine one concerning the masses, “but it is the reaction of self-seekers, job-hunters and timid people, who believe in British rule in India till eternity”.

While Nehru articulated his ideas with emotion, Jinnah was focused on the communal questions, and the long letters between them betray serious gaps in perception. Jinnah was getting disillusioned with Congress politics and its refusal to appreciate his perspective. There was hardly any meeting ground. Post-independence, Nehru’s differences arose with his colleagues, Patel and Mookerjee, on questions like foreign policy and constitutional amendment. In both the cases, Nehru had his way, but his legacy, especially about China and Pakistan, remains troubled. In retrospect, Patel’s stand appears more pragmatic, which he brought clearly to Nehru’s notice. Patel’s death and the resignation of KC Neogy, Syama Prasad Mookerjee, John Matthai and BR Ambedkar deprived Nehru of worthwhile dissent from within. Nehru’s championing of the Chinese cause, despite their propaganda that he was a western stooge, made Tibet an early casualty. Noting China’s expansionist tendencies, Patel astutely observed: “Recent and bitter history also tells us that communism is no shield against imperialism.” When a serious showdown was expected on Nehru’s note at the cabinet, Patel fell seriously ill (to die within a few weeks). In his absence, as the authors conclude, “Nehru’s arguments triumphed — the Nehruvian consensus was born.”

Nehru and Mookerjee fought bitterly on the issue of the first amendment to the Constitution. Mookerjee argued against hurry and pleaded for more debate and discussion once the first Parliament was elected in 1952. Nehru believed—after a series of adverse court orders on issues like land reform, zamindari abolition, nationalisation of industry, reservation for ‘backward classes’, press freedom— that the judicial seize over the government had grown, and that the magnificent Constitution “had been kidnapped and purloined by the lawyers”. On the other hand, Mookerjee charged Nehru with: “You are treating this Constitution like a scrap of paper”. Were they introduced to enhance Congress party’s poll prospects in the first general election in 1952? What precedence was being created of “retrospectively amending the Constitution to overturn adverse judicial pronouncements?”

As the authors insightfully record, both Nehru and Mookerjee, belonging to opposite political ends in 1951 “have enjoyed a long after life as icons for their respective followers and parties”. They were “debating foundational issues—the extent of the right to free speech, the space for dissent, the use and abuse of sedition, the balance of power between the organs of the state, Constitutional propriety—that remain as relevant now as they were in 1951…”

Well researched, balanced and eminently readable, the book stresses more on the complexities of the debates than on the personalities, demonstrating how we are still trying to come to terms with those questions. What lessons we learn from them would help us shape the future years.

Next Story
Russia registers record for virus-linked deaths in October