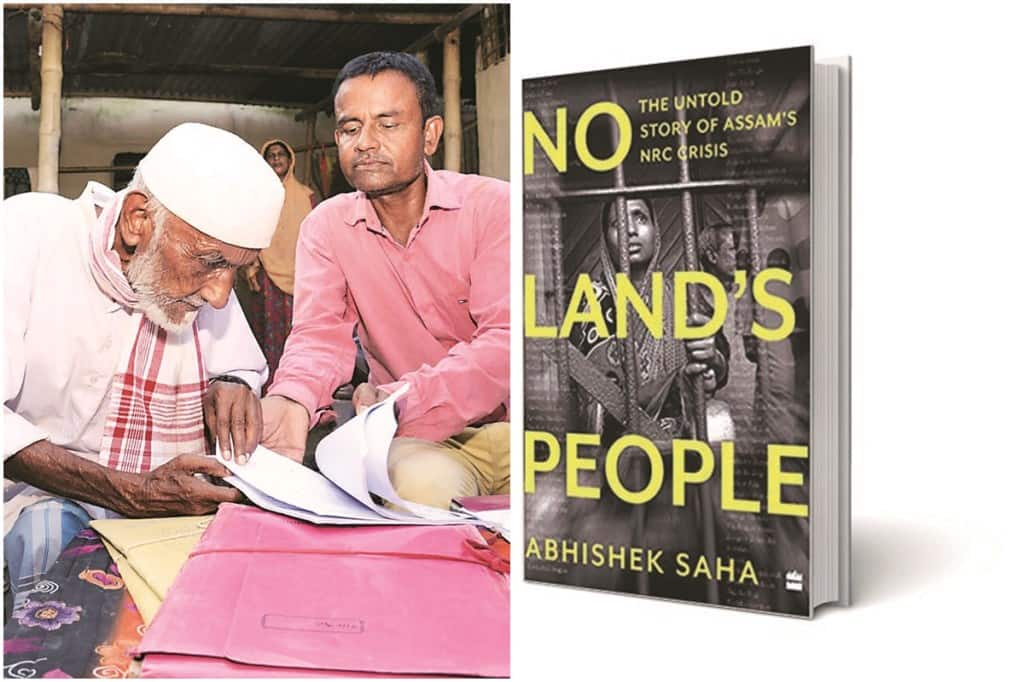 On the morning of January 7, 2011, Felani Khatun, all of 15 and in bridal finery, along with her father was trying to cross over to Bangladesh from Cooch Behar in West Bengal. Born in Bongaigaon to Bangladeshi immigrant parents, who moved between Bangladesh and Assam, Felani was to be married on that day to one of her cousins who worked in Dhaka. The time for the nuptials never came her way. Shot by a BSF constable on that cold morning, Felani perished on the barbed wire fence separating the two countries.

When a line drawn on a map by a foreign national (Sir Cyril Radcliffe) under deadline pressure becomes a determinant of nationalities of people who shared the land and climes for generations, when the same becomes a tool for political gamesmanship, and when around it bureaucratic apathy and corruption find a habitat, you get a recipe for disaster for the ordinary person. It is then that lives are torn asunder.

It is this backdrop in which Abhishek Saha, in his book No Land’s People, chronicles the process of preparation of the National Register of Citizens (NRC), to replace the one enumerated in 1951, in Assam, making 3.3 crore residents of the state apply for being counted in.

Mandated by the Supreme Court in December 2014 and supervised by it constantly, the NRC sought to weed out the non-citizens. The exercise re-imagined how the country relates to its citizens. A state with a long history of migrations and ethnic, religious and linguistic diversities trusted bureaucrats and technology to solve a socio-political issue through a bundle of documents and a cut-off date.

It’s a personal provocation which puts Saha on the trail of Assam’s citizenship imbroglio. As he tries to understand his Thakuma’s predicament and why she is categorised as a ‘doubtful’ citizen after staying in the country for seven decades, he stumbles upon a web of complex citizenship-determination mechanisms and documents the unfolding humanitarian crisis in Assam.

For years these mechanisms have been marked by systemic flaws, snatching citizens’ rights and lives with impunity. So, you will read about Nirod Baran Das, an empty nester at 70 after 30 years of teaching career, whose name in the second and final draft out in July 2018 was not there even though he had made it to the first draft on December 31, 2017. Unable to carry the tag of a ‘declared foreigner’ he ended his life on October 21, 2018; you will come across Mohammad Sanaullah who having served in the Army for 30 years had to spend a fortnight in a detention camp for being an ‘illegal foreigner’ before he was granted bail by the Gauhati High Court; then there is a teenager who is scared of being branded a Bangladeshi by his friends; a woman who had to sell off her jewellery to attend an NRC hearing; a man who travelled hundreds of kilometers to know who his grandfather really was; another whose mother killed herself after her husband was put into a detention centre.

There are stories aplenty interwoven in the history, politics, law, human rights and administrative red tape of the NRC narrative. Quite a few of them have seen their tragic ends. Quite a few remain in suspended animation. For, six years after the process was started, involving a cost of over `1,600 crore to the exchequer, the debate and the list of who belongs to the state still remains unresolved.

The NRC list published in August 2019 excluded more than 19 lakh applicants, putting them at the risk of being stateless. While majority of them are now determined to challenge their exclusion, others have claimed there are wrongful inclusions and exclusions in the register and have sought re-verification. The BJP state government has refused to accept the published NRC. Its chief architect, Prateek Hajela, has been at the receiving end of the ire of some key stakeholders.

With the results of the Assembly elections out, yet another chapter in the NRC saga could be in the offing. Any modus vivendi between Assamese sub-nationalism and saffron Hindu nationalism will be keenly watched till there is a final word on the register.

A product of his two years of reportage for The Indian Express, Saha, who is currently the north-east correspondent for the paper, writes with a rare insight into where to look for stories in a conflict zone, a relic, in ample measure, of his three-year stint in the Valley reporting for Hindustan Times. Brilliantly choreographed with real-life stories, the author has ensured that what started as a personal story remains dispassionate and objective till the end.