Netizens on social media gave Andhra Pradesh’s new capital a sobriquet: “Bhramaravati”, meaning an illusionary or mythical city, and the State Government is now pushing for a “filmi” touch to Amaravati. 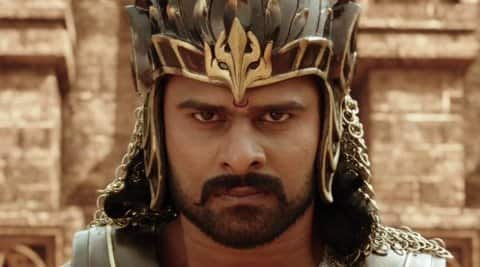 Rajamouli preoccupied with the filming of "Bahubali: The Conclusion". (Reuters)

Netizens on social media gave Andhra Pradesh’s new capital a sobriquet: “Bhramaravati”, meaning an illusionary or mythical city, and the State Government is now pushing for a “filmi” touch to Amaravati. As if to prove the netizens right, the Government is roping in film director S S Rajamouli to help “design” the capital Amaravati. Rajamouli shot to national fame with his folklore film “Bahubali: The Beginning”.

The sets built for the film impressed Chief Minister Chandrababu Naidu so much that he has asked the world-renowned architectural firm Foster and Partners to sit with Rajamouli and discuss the designing of Amaravati on similar lines. Incidentally, London-based Foster was recently chosen by the State Government to design the core capital area (Administrative City) in Amaravati, including the Legislature complex and the High Court.

Also Read
Whisky or Whiskey – What’s the difference?
Curated menus to sustainable choices: Evolution of food in weddings in 2022
To boost tourism, Goa govt welcomes reinstating of e-visas for travellers from UK
Here’s how you can build intimacy in your relationships

Foster’s architects met Rajamouli in Hyderabad the other day and shared their thoughts,” a senior official of AP Capital Region Development Authority (CDRA) said. Municipal Administration Minister P Narayana, CRDA Commissioner C Sreedhar and other officials, too, had a “session” with the film director in Hyderabad last week wherein the latter gave them a talk on the “history” of Andhra Pradesh and the “Dravidian architecture”.

“The Chief Minister asked us to take inputs from Rajamouli and accordingly we met him. He explained the history of Rayalaseema and coastal Andhra to us,” Narayana told PTI. Once Foster is finalised as the Master Architect for Amaravati (after price negotiations), the designs for the Administrative City are likely to be prepared in four months.

Interestingly, Rajamouli was said to have to declined to associate with the capital designing when the Chief Minister first spoke to him. “Designing a set for a film is different and I have no expertise,” he reportedly told the Chief Minister but the latter insisted Rajamouli share his ideas.

Now that he is preoccupied with the filming of “Bahubali: The Conclusion”, Rajamouli is expected to help the CRDA only after April 2017 by which time the Foster designs, too, should be ready. And, going by the scheme of things, construction of Amaravati may begin only in the second half of 2017, CRDA officials said.

Follow us on
Latest News
US Stocks: Futures fall on growing fears of recession
WhatsApp users can now set 3D avatars as profile photo, forward them as stickers in chats
Gujarat Vadgam Assembly Election Result 2022: Jignesh Mevani against BJP’s Manilal Vaghela, who will win?
MCD election result: Emphatic wins – Nine candidates who won by a margin of over 10,000 votes
Gujarat Jamnagar North Assembly Election Result 2022: Will BJP’s bet on Rivaba Jadeja work? Counting of votes tomorrow
Amreli (Gujarat) Election Result 2022: List of candidates, when and where to watch – All you need to know
Gujarat Election Results: Full list of winners (constituency-wise) in 2017 and how it can change in 2022
Photos
AAP sweeps away 15 year BJP reign in MCD election – Photos from celebrations
45 mins agoDecember 7, 2022
G20 Presidency: Rare Photos from all-party meet, chaired by PM Modi
1 day agoDecember 6, 2022
‘The festival of democracy’ – Modi votes in Gujarat 2nd phase! See PHOTOS
2 days agoDecember 5, 2022
Read More
×
907 deaths due to lightning this year: Minister Jitendra Singh
Fat around organs more susceptible to severe Covid-19 than fat under skin, says Study
Here’s how you can build intimacy in your relationships
Ayurvedic Covid formulation gets researchers’ thumbs up for URTI cure as well
Sex outside of marriage could land you in jail in Bali
Curated menus to sustainable choices: Evolution of food in weddings in 2022