Art to wear: From jewellery to clothes, a new crop of Indian designers rewriting rules of fashion

For instance, a scorpion brooch has been constructed by minute parts of watches from the 1820s, beetle wings and crayfish shell claws, and a spider brooch has been pieced together with precision from antique watch parts sourced from all over the world. 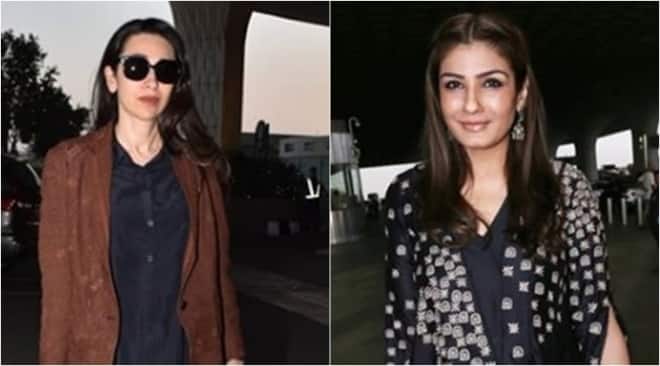 In the Victorian period, a drink called ‘absynthe’ was a sought-after elixir amongst connoisseurs in Europe. Much more potent than the usual alcoholic concoctions, the herbal potion drove the drinker wild while the effect lasted. Abhisek Basak wants his creations to have that kind of effect on the onlooker. A magic spell that would last, in his case, maybe forever—the reason why he named his label of fashion bijouterie and accessories Absynthe Design. Crafted from intricate parts of antique watches and clocks, these one-of-a-kind ornaments are inspired by the belief that man can harmoniously co-exist with nature.

The jewels, hence, assume shapes influenced by nature in a pronounced fashion. For instance, a scorpion brooch has been constructed by minute parts of watches from the 1820s, beetle wings and crayfish shell claws, and a spider brooch has been pieced together with precision from antique watch parts sourced from all over the world. Not your regular jewellery, each piece is a statement in quirk, as well as elevated art. “A watch is the most fascinating invention of man that marries science, mechanism and art to measure something invisible and intangible. Time is a concept and no other human creation strikes this balance with such precision. I wanted my creations to be like that. Tell a unique story in a spellbinding form,” says Basak, whose craft has been applauded for constantly smudging the lines between art and design.

Creative problem-solving, storytelling, reviving an ancient art form, exploring a state’s diversity in art, self-expression or translating an instinct for dying art and nostalgia… the definitions might vary, but the end boils down to the same for a new crop of designers lauded for their supreme bent towards art, be it in the form of jewellery, accessories or clothes; art that almost becomes an animate entity breaking free from the usual canvas to hug the contours of the human form—a sari, an ornament or blouse taking the shape of wearable art.

While Absynthe Design’s spiders, scorpions and flowers are an exploration in time travel, the Pichwai art saris crafted by Label Pratham dip into religious fervour in an exquisite way. Reviving the famous 17th-century art form, Prashant Garg and his wife Shweta have been constantly toying with the diverse weaves and crafts of India to give the vocabulary of Pichwai an innovative spin. For instance, the forms of Shreenathji, cows, lotuses, etc, all find a gorgeous avatar through the indigenous techniques of batik, ajrakh, Paithani and jamdani. There are handpainted and digital variants, too, which find a much larger canvas in the saris as against the small paintings done by villagers of Nathdwara and Bhilwara in Rajasthan. It is the design intervention in the handblock prints, woven and tied-and-dyed pieces that escalate the art quotient. “Essentially, it’s the confluence of several Indian art forms. While the main inspiration is Rajasthan’s Pichwai, we give it an alternate expression through Bengal’s jamdani and batik, Kutchi ajrakh, Maharashtra’s Paithani and Odisha’s patachitra,” says Prashant, pointing to how peacocks and twines give way to artistic cows and lotuses in their interpretation of a Paithani weave.

Fashion, like art, is enjoying a celebration of mixed media. Aditi Sharma, for instance, gives a sartorial twist to concrete in her handcrafted jewellery. Using geometric shapes, neutral hues and minimalism, Sharma redefines perceptions of conventional bijou, creating pieces with material that a layman would relate to construction. She combines them with aluminium, wood, brass and glass to concentrate on statement neckpieces that are an outlet for self-expression for the designer whose label is called Greytone. “My stint in interior design exposed me to different kind of materials, but I gravitated towards concrete, as I wanted to exploit its structure and create an artistic statement, playing with a more fluid form,” says Sharma.

Read Also| When celebrating, you don’t get carried away because you respect the game: Cheteshwar Pujara

Like Sharma, Ikroop Dhillon toys with blown glass and brass in a way her heart desires. Enjoying her stint at an established media house four years ago, Dhillon itched to do something on her own. Right then, a trip to Murano, Italy, beckoned. “I wanted to give a chance to my passion for art before I hit 30. In that sleepy little Venetian island, when I witnessed the beautiful art created out of blown glass, it helped streamline my thoughts,” recalls India’s only jewellery designer working with fused glass.

She found a mentor in Atul Bakshi, whose works with blown and cast glass had been regaling aficionados for more than 20 years. “The process and the mechanism were incredible. In Europe, jewellery made of glass art is pretty simplistic. They create a shape, pierce a hole into it and call it a pendant. I wanted to merge the technique from Europe and the craftsmanship of Indian artisans. The fused glass would come encased in brass structures plated in gold. That would give them an edge,” she says.

Art is subject to interpretations. Advaeita Mathur’s creations at Studio Metallurgy elicit that kind of response. Her stay in Italy—while studying fashion design at Marangoni, Milan—and travels across Europe moulded her formative design sensibilities. That she appreciates minimalism is seen in her work. “I am fascinated with the raw, sleek industrial feel that defines modernism,” she says, adding that, for her, design is creative problem-solving since it includes aesthetic beauty and balance as core elements in addition to utility. “I experiment with industrial hardware, concrete, metal, wood and fiberglass to create concept-driven jewellery pieces that become artistic collectibles,” Mathur avers, explaining how an auto ride led her to make a range of earrings out of mushroom rivets because those rivets keep the beams of the autos in place. Electric fuses were an accidental discovery while trying to source copper wire and magnets. “Art should be a conversation-starter. When I design, I keep that in mind,” she quips.

Mathur also believes that each product has its own story, a thought resonated by many of her contemporaries. For instance, Parama Ganguly’s blouses and saris tell the story of the designer’s affection for the ignored and imperfect, and her longing for dying art and nostalgia. “Nothing has influenced my life more than colours. Rainbows, glass bangles, my box of crayons, the jelly lozenges in a glass jar, butterflies, storybooks… Painting gave me oxygen,” Ganguly reflects. At Parama G, her label inspired by the enchanting imperfections of Kolkata, loom makes love to stories. “It is like a scrapbook we had in school, where we pasted pictures and wrote quotes and stories on the sides. Every product of mine has a story. The fabric is a razai on a cold afternoon and the words, a story they want to read,” says Ganguly.

Sayanti Ghosh’s desire to give Bengal’s art and aesthetics a global lease, too, propelled her to craft blouses that showcase the rich art and craft techniques of her state. The NIFT graduate gives her own twist to indigenous forms such as madhubani, batik and kantha to create one-off blouses that add a colourful yet unique spin to the traditional sari. “Even a few years ago, no one put as much thought into the blouse as they would in procuring a sari. I wanted to change that notion. Sayanti Ghosh blouses are being worn as pieces of art, be it with saris, pants or skirts,” says the designer.

Be it to tell a story or discover an avenue to overcome a personal strife, every kind of art should leave an indelible impression on the viewer’s mind. Aditi Chakraborty of Anki Bunki Aditi is driven by that notion. Crafting jewellery mainly out of clay, she also incorporates brass, wood, fabric and ceramic beads in her designs that are statement in size and expression. “I paint my thoughts on them inspired by Indian culture. The pictures could be anything to do with Indian architecture, goddesses or our heritage. For instance, I am going to present the pulse of the Maximum City on the canvas of my new jewellery collection,” says Chakraborty. That sounds like some interesting art to wear…