Art of the ugly: An aural immersive presents the stories of waste pickers at a landfill

And a website brings forth the tediousness of a housewife’s life. 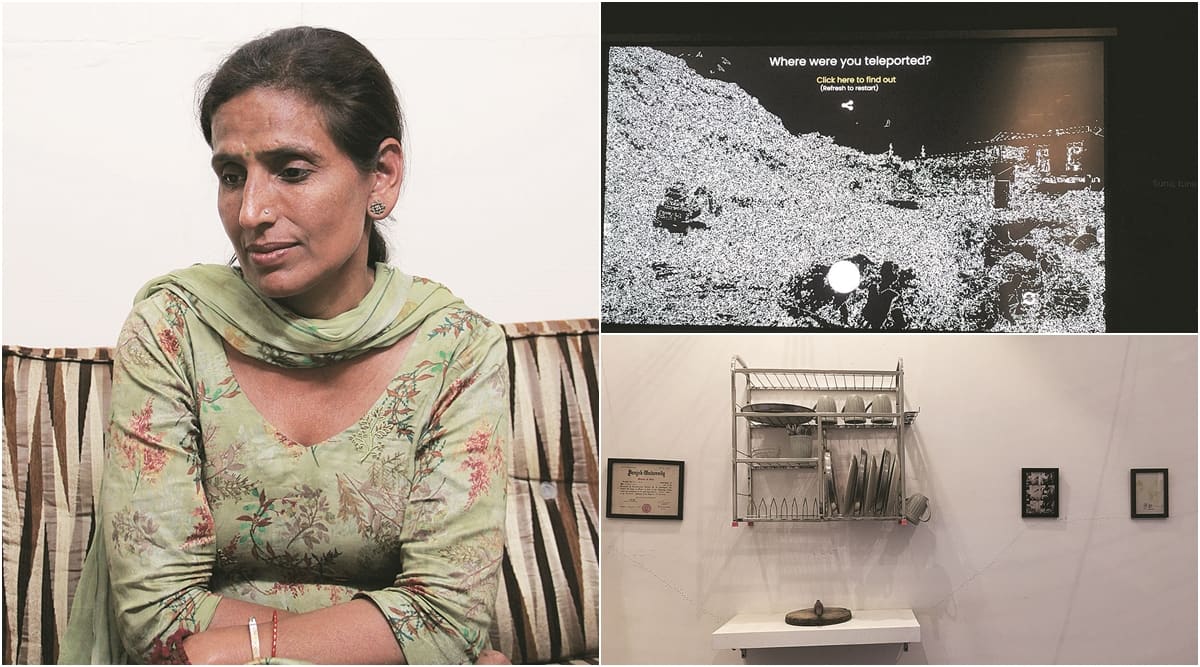 Project Homemakers is a despairing depiction of what entails a housewife’s life.

An object of beauty. That’s what an art work is often described as. A landmark garbage dump and real life stories of waste pickers would hardly classify as your typical artwork. But digital storytelling project Suno hits hard. An aural immersive experience, it picks on stories of a waste-picker community living near Bhalswa, the largest landfill site in Delhi. A media experiment, the four project members—Kanchan, Sukriti, Depanshu and Mayank—placed recording devices at various points at the landfill to tape the stories of the waste pickers. Armed with a torch and supplies to last the night, the waste pickers climb the landfill at night to collect the unsegregated waste. The sheer repulsiveness of the landfill apart, the pickers battle not only disease and disgust, but danger as well on a pile of garbage that is prone to falling to bits under their feet. “Chadhna bhi aise hi padhta hai, utarna bhi aise hi padhta hai,” says one voice. Interestingly, the project has no visuals. Says Sukriti Thukral, one of the members, “We wanted to focus on the stories and chose to not reveal the faces of the workers.”

The sound of little children playing in the garbage is a tug at heartstrings. Amusing themselves, they find treasures in the trash, where boxes of garbage become boats and the leachate becomes the river. “Arrey lagi re lagi re lagi re, Oh baar baar neeche,” comes the voice of a child playing at the landfill. The majority of the waste pickers belong to the julaha community from Bengal, who migrated to Delhi in search for a better life but are now in a love-hate relationship with the landfill, which is their livelihood but also a death spell.

Project Homemakers is a despairing depiction of what entails a housewife’s life. Pritish Bali and Anu Bali’s project revolves around digitally archived conversation about meals prepared by a mother, serving as a metaphor for many other unwaged caregivers. The project reflects the daily updates of Anu Bali working over the years as a housewife, and has interactive sections on the website that calculate things like hours of labour by a housewife, how women’s names are changed after marriage, abolishing the identity they have lived with, and more. The installation has ants pencilled all over the walls, signifying a tangential reference to the idea of this incessant labour performed by a homemaker.

The projects are part of the Serendipity Arts outreach at India Art Fair, and a result of several digitally-led projects for which grants were given through the course of the pandemic.

Follow us on
Latest News
A dose of laughter: Here we bring you a list of popular comedians of all times
Art for a cause: Artists are exploring the intersection of art and climate change through installations, sculptures, art books
Writing on the wall: Varunika Saraf’s artwork stirs you up and makes you think of events that are unfolding around us
Home is where the art is
Colossal canvas | Book review: ‘Conversations’ by B N Goswamy
Roadbumps for EVs
India woos semiconductor makers in quest to become key player
Most Read
China’s manufacturing weakens further as lockdowns continue
Govt puts import curbs on certain waste, scrap of precious metals
Buffett defends investments and cash stake, targets Wall Street at Berkshire meeting
Covid-19 surge: Delhi logs 1,520 new cases; positivity rate at 5.1%
Photos
India battles extreme heatwave! Pictures from across India show people reeling under scorching heat
1 day agoApril 29, 2022
CBSE class 10 term 2 Board Exam – Check photos of students across India outside examination centres
3 days agoApril 27, 2022
Bhalswa landfill fire in Delhi: 15 hours on, firefighting operations underway – See photos
4 days agoApril 27, 2022
Read More
×
Eid Mubarak 2022: Best wishes, greetings and messages to share with your loved ones on Eid-Ul-Fitr
Beijing ramps up strict control measures against COVID amid decline in cases in Shanghai
Covid-19: First dose to be given as booster to those vaccinated with Sputnik V, NTAGI recommends
No respite from heat for northwest, central India in May, says IMD
Solar Eclipse 2022: Sorry India, this galactic glory won’t be visible in desi sky! Here’s how you can still watch Black Moon phenomenon
Premature to attribute extreme heat in India, Pakistan solely to climate change but heatwaves more intense: WMO