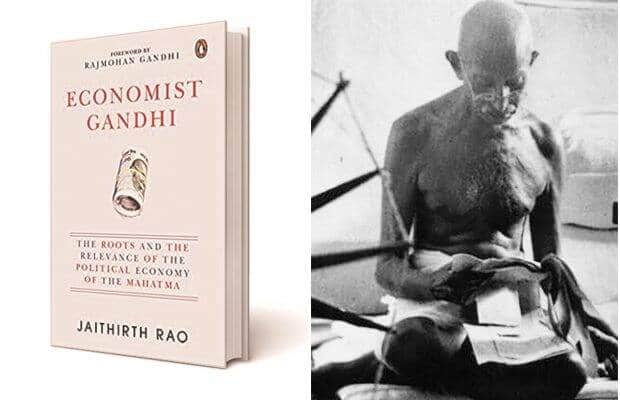 Nothing proves this better than all shades of protesters in contemporary India who claim to follow Gandhian satyagraha.

Historian Ramachandra Guha best describes Gandhi in his book, Gandhi: The Years That Changed the World. Quoting a friend of Gandhi who had followed the Mahatma from his London days, Guha writes, “Gandhi is a problem. To rulers and governors he is a thorn in their side. To logicians he is a fool. To economists he is a hopeless ignoramus. To materialists he is a dreamer. To communists he is a drag on the wheel. To constitutionalists he represents the rank revolution.” Guha goes on to add from his side, “To Muslim leaders he was a communal Hindu. To Hindu extremists he was a notorious appeaser of Muslims. To the untouchables he appeared a defender of high caste orthodoxy. To the Brahmin he was a reformer in too much of a hurry.”

If I am to add from my side, the opposite of everything which has been said about Gandhi is also true. This means that to prove their point every section of opinion-makers can quote him in their favour to prove their line of argument, be it communists, capitalists, constitutionalists, economists, logicians, rulers and governors. Nothing proves this better than all shades of protesters in contemporary India who claim to follow Gandhian satyagraha.

In Economist Gandhi, entrepreneur-author Jaithirth Rao has done the same. Tired that when it comes to economics, Gandhi is claimed only by the Luddites and proponents of the anti-big business school of thought, he has pored over Gandhi’s writings to show similarities between Gandhi and Adam Smith, who is referred as the father of economics, to prove that the Mahatma was indeed a capitalist and a proponent rather than opponent of big business and machines.

Aware of the limitations of his exercise, Rao has accepted that his conclusions are based on sewing together Gandhi’s writings or statements on different subjects at different times and anybody else can use those very materials to prove the contrary. In fact, for his work Rao has credited Marxist philosopher Akeel Bilgrami, who has made comparisons between the “so-called spiritual Gandhi” and the “so-called materialist Marx”.

Since I have not read the work of Bilgrami, I can’t comment on what basis he has drawn comparisons between Gandhi and Marx, who seem to be as different as cheese and chalk, barring that both were thinkers who continue to influence large swathes of people across the globe. As per academic readings from about three decades back, communists never liked Gandhi and even referred to him as an agent of the bourgeoisie. In fact, even today communist parties in the country do not hang photographs of the Mahatma on their walls, which are plastered with frames of Marx, Lenin and even Stalin instead. Anyway, the short point that gets proven is that whatever is said about Gandhi, the opposite is also equally possible. So, Gandhi can be claimed by every section of the intelligentsia and ideologues.

So, on what basis does Rao see Gandhi favouring the concept of capitalism and free market is a question that may baffle many minds, because capitalism is a much-used and abused concept in modern times. But if one goes by a simple definition as given by David Robertson in the Dictionary of Politics, the concept in its most simple and value-free term refers to any economic system where there is combination of private property, a relatively free and competitive market, and a general assumption that the bulk of the workforce will be engaged in employment by private (non-governmental) employers engaged in producing whatever goods they can sell at a profit. It shouldn’t be hard going by this definition to prove that Gandhi favoured capitalism and free market, but Rao has chosen a more philosophical approach.

Rao examines Gandhi’s concept of trusteeship to prove that it is pro-capitalist and free market, and if followed in true letter and spirit, can today take care of issues related to corporate governance in India Inc. Gandhi was not against private property; in fact, he favoured it and was against expropriation of wealth as he distrusted the State. Contrary to perception, Gandhi did not extoll poverty; he, in fact, wanted eradication of poverty. Gandhi was close to businessmen and his ashrams used to run on their grants and donations. It is no secret that industrialists Jamnalal Bajaj and GD Birla were close associates of Gandhi. He even fell to the bullets of his assassin at Birla House, whose owner was GD Birla.

However, Rao shows by examining Gandhi’s writings that his concept of trusteeship defined capitalism that is different from pursuing wealth as an end in itself. Simply put, Rao believes that Gandhi’s trusteeship saw wealth as an instrument to achieve a purpose rather than an end in itself. Rao writes that Gandhi saw a true capitalist as one who creates wealth, but does not see it as belonging to self. Instead, he acts as its trustee to use it for the betterment of society. For Gandhi, this is similar to wealth in a temple that belongs to God and the managers are supposed to act as its trustee and use it for the needs of the God—the betterment of humankind and society. Therefore, Gandhi was against inherited wealth. The wealth does not belong to the capitalist who is a mere trustee, so how can he pass it on to his children? If he does, then the children become lazy and lose all initiative and drive to create further wealth, which is necessary for the country and needed to eradicate poverty.

Rao also deftly handles the criticism that Gandhi was anti-machine and, therefore, a Luddite who romanticised the charkha and rural economy. He points out that Gandhi was a lover of sewing machines and an admirer of its inventor Fredrick Singer. Gandhi’s love for sewing machines was because it brought relief to the hard-working and hard-hit housewife. Charkha can also be seen in similar light, which was a personal device that made every Indian self-reliant and they could spin their way out of poverty or pauperism. This way charkha is comparable to Steve Job’s iPad.

Gandhi used the railways, telegraph and radio extensively, so where is the question of his being anti-machine? When India got independence, the only request Gandhi made to the government was to confer Indian citizenship for a Polish Jew engineer, Maurice Frydman. The engineer had relocated to India earlier and had embarked on a career improving the designs of agricultural implements, tools and simple machines. Gandhi made him improve the design of the traditional charkha to make it more efficient and usable.

The purpose of Rao in highlighting traits of capitalism and free market in Gandhian thought is not to hijack him in an ideological fight relating to which camp the Mahatma belongs. Had it been so, it would have been akin to Shakespearean devil citing scriptures to prove a point, something which protestors of every shade do in contemporary India. Rao’s attempt is to show that the Mahatma was a practical reformer and his economic thoughts should get the same importance as his political philosophy. He also laments that Gandhi’s thoughts on capitalism and free market are not part of any syllabi of economics and management, which is a limiting factor in the education of the students in these important streams.

Has Rao been able to settle the legacy of Mahatma in the field of economy by referring to him as economist Gandhi? I doubt it. As I pointed out earlier, whatever can be said in favour of Gandhi, the opposite can also be proved and with the same determinism. Rao has articulated his points excellently and his mastery over various fields of social sciences and philosophy, despite having had no professional training in the fields, will put to shame several trained social scientists, who are sure to come out with tomes of criticism in the days ahead.

My personal view is that Gandhi was a product of his times and his objective was self-rule for India, which he doubtlessly achieved. To attain this objective Gandhi needed mass support, and in a large and diverse country as India, where the majority was poor and lived in villages, he needed to communicate his ideas in ways that appealed to everyone. Alienating any section would have run contrary to his purpose of Swaraj. This objective necessitated that he speak in a language which sounded ambivalent many times. What Gandhi would have been in a free India had he lived longer and what ideologies he would have pursued is difficult to hazard, but a pointer can certainly be found: when Pakistani troops infiltrated and attacked Jammu and Kashmir in late 1947, Gandhi—the devotee of non-violence—fully supported sending troops to defend the state.

Economist Gandhi: The Roots and the Relevance of the Political Economy of the Mahatma
Jaithirth Rao
Penguin Random House
Pp 256, Rs 599