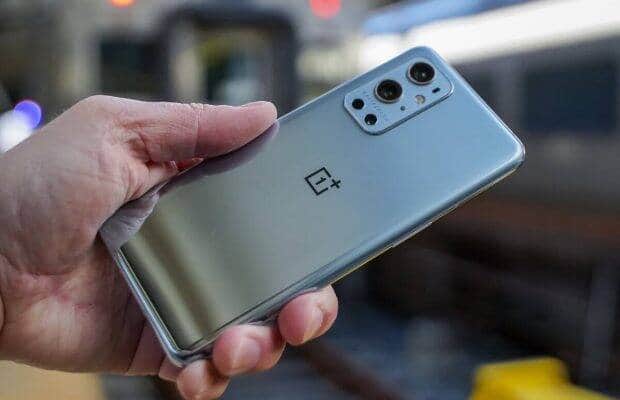 The OnePlus 9 Pro literally eliminates the need to take an additional camera along.

It is one of the best camera phones in the world, developed in association with the legendary Hasselblad. And now an entire film has been shot using it. We are talking of the OnePlus 9 Pro 5G. When it was launched earlier this year, the OnePlus 9 Pro 5G was acclaimed not just as one of the best phones in the world, but also as one of the best cameras money could buy. And the cameras have proved to be so good that OnePlus has now announced its association with Vikramaditya Motwane’s Andolan Production as well as the Big Bad Wolf Studios and the Odd and Even Productions to produce a new feature film. The film, which is called '2024' is an hour long action thriller, and will be shot totally on the OnePlus 9 Pro 5G. In fact, this is the first "Shot on OnePlus" film.

As its name indicates, the film is set in the year 2024, and revolves around four youngsters who grew up in an orphanage in Dharavi. The film showcases their struggle to survive in a dystopian environment, a result of the havoc wreaked by a mutating virus. At the end of it, viewers are left to reflect on the lessons the recent pandemic has taught them.

It is gritty and intense story-telling on film. And it has been shot entirely on the OnePlus 9 Pro 5G. According to Vikramaditya Motwane, Director, Andolan Films, and a filmmaker who has been associated with films like Dev D, Udaan and Lootera, picking the OnePlus 9 Pro 5G to shoot the film was an easy decision. "As a filmmaker, I have always been interested in using the latest technology and this film is a story where the use of the new OnePlus device fits beautifully," he said. That is hardly surprising when you consider the camera muscle the OnePlus 9 Pro 5G packs in.

Also Read
How to send WhatsApp messages from website without saving a number
Facebook, Instagram, WhatsApp down in India, US; here is what you should know
Google Play Pass subscription service launched in India: Check price, features
No need to disable ‘Read receipt’: Here is how to read WhatsApp messages without blue tick notifications

The phone comes with a quad camera set up on the back, spearheaded by a flagship 48 megapixel Sony IMX789 sensor with dual native ISO and omnidirectional PDAF, which delivers amazing colours and details. A 50 megapixel ultrawide Sony IMX766 sensor, allows the user to get a different, wider picture, and an 8 megapixel telephoto sensor with 3.3x optical zoom with PDAF and OIS allows the person behind the camera to zoom in to the subject or the action, without compromising on image quality. A 2 megapixel monochrome sensor is also present for those who want to view scenes in star black and white, with no colours to distract them. The tie up with Hasselblad brings Hasselblad-level colour calibration for the first time to a phone, resulting in amazingly accurate and natural-looking colours (just what a filmmaker would love). Hasselblad Pro Mode built into the native camera app of the phone gives users DSLR-like controls, letting them tweak settings like ISO, shutter speed, focus, and white balance amongst others.

Film makers get the option to shoot video in 8K video at 30fps, 4K video at 30/60/120 fps and 1080p video at 30/60 fps, and even 4K HDR video. They can also switch to super slow motion with 1080p video at 240 fps and 720p video at 480 fps, and if they wish to speed matters up, there is the facility to shoot time-lapse videos in 4k at 30 fps and 1080p at 30 fps. Making the OnePlus 9 Pro 5G the perfect film makers' companion are a magnificent 6.7 inch fluid AMOLED display with 3216 x 1440 resolution which is great for viewing videos, stereo speakers that create an immersive soundscape and let you experience a film in all its dimensions, and a Qualcomm Snapdragon 888 processor that is so powerful that one can actually edit videos in detail on the phone itself. Round that off with a 4500 mAh battery that not only lasts a day of heavy use but can be fully recharged in well under an hour, both wired and wirelessly (the power of the famous Warp Charge), and you have a device that is literally a film director's best friend. It can easily slip into a pocket and is tough as nails, coming with dust and water resistance. The OnePlus 9 Pro literally eliminates the need to take an additional camera along.

To Navnit Nakra, India CEO and Head of Indian Region, OnePlus India feels that the association shows just how good the cameras on the OnePlus 9 Pro 5G are. “With the feature film being entirely shot on our flagship OnePlus 9 Pro 5G, we are delighted to showcase the exceptional camera quality of our flagship devices that offers more accurate colors and premium image quality to users," he said. The film also marks a new chapter in the "Shot on OnePlus" initiative from the brand. “Shot on OnePlus” has been one of the most successful photography and videography initiatives that we undertook. And it continues to hold a very special place in the hearts of our community.," said Nakra. "We are truly delighted to have partnered with Vikramaditya Motwane for this unique project. Mr Motwane’s creative vision and cinematic excellence not only garners immense industry recognition, but also serves as a source of inspiration for us at OnePlus and truly resonates with our brand’s Never Settle spirit. We hope this also inspires our community to push their own creative boundaries enabled by their OnePlus devices”.

Film makers have reason now to never settle for just the regular film cameras and equipment. "2024" will hit screens on 23 November, 2021, on Disney Hotstar India. The official teaser to the film can be viewedhere.