Tech start-ups and academia: How Indian Institute of Science is showing the way

The technology industry has had a long standing relationship with the academia with the latter’s breakthrough research activities forming the framework for commercially viable products and services that find a ready market. 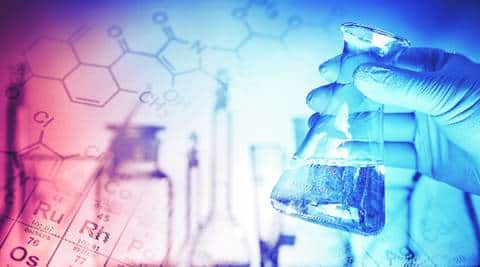 A similar budding alliance is now being forged between Indian tech start-ups and the academic world, which promises certain ground breaking innovations.

The technology industry has had a long standing relationship with the academia with the latter’s breakthrough research activities forming the framework for commercially viable products and services that find a ready market. A similar budding alliance is now being forged between Indian tech start-ups and the academic world, which promises certain ground breaking innovations.

Such an example of a partnership can be witnessed at the Indian Institute of Science (IISc), the country’s premier centre for scientific research and higher education. A pioneering work by Professor V Kumaran in the department of chemical engineering at IISc on how fluids function in very minaturised devices has thrown open the door to limitless possibilities.

Kumaran had bagged the Infosys Prize 2016 in engineering and computer science for his seminal work on complex fluids and complex flows and especially in transition and turbulence in soft-walled tubes and channels. His work helps in better understanding of microfluidic devices, which are largely used in the healthcare sector.

The new technology platform developed by Kumaran has, for starters, given birth to a new low cost portable device which is used to read blood cells count. This comes as a boon for a country such as India where diagnostics healthcare services is still not accessible for a large section of the population.

“This is a promise of a lab on a chip where everything done in a diagnostic lab can be reduced to a small size and it can work as an autonomous machine which can be used anywhere,” said Kumaran. He added that the aim is to utilise these technological advancements in the laboratories to come up with low cost solutions that can be commercially exploited.

This breakthrough has given birth to a new technology start-up called MicroXLabs, which is in the process of developing these low cost blood cell count devices, with Kumaran as the technology advisor. The prototypes of these devices have undergone stringent tests and now await scaled up commercial production.

Kumaran said the technology platform is available for anyone who wants to use it. He is also engaged with another start-up which works in the area of computational fluid dynamics and provides the codes for different applications.

The advances made by Kumaran can find applications in the area of cardio-vascular and pulmonary health and the two partnerships with the start-ups is just the beginning.

The IISc professor advocated closer interaction between the academia and the start-ups. “Partnering with start-ups is exciting and gives you some idea of what kind of products the real world is interested in. This also gives a very good insight into what it takes to succeed in the real world,” said Kumaran.

At the same time, Kumaran also cautioned that there should be a fine balance between the two worlds. He is of the firm belief that fundamental advances have to be made in the scientific world before one can think about utilising these developments commercially.

According to Kumaran, an increasing number of tech start-ups are keen to engage with the academia to see whether some of the latter’s research could lead to a viable business while also having a larger social impact. “The fundamental thing is the dissemination and creation of knowledge,” he said.

However, there is still a long way to travel before the country can talk about achieving the critical mass in terms of fruitful results coming out of these academia-startup partnerships. Along with this, there are certain challenges in terms of manufacturing as the eco-system is not fully developed.

“The environment is there to create a strong knowledge based economy in the country as new technologies are emerging and there is nothing stopping us from reaching there,” said Kumaran.