Dating apps: How online matchmakers are evolving to keep pace with times

A cultural shift in India has resulted in a change in the traditional matrimonial market over the years, with players rushing to update their platforms in order to stay relevant. 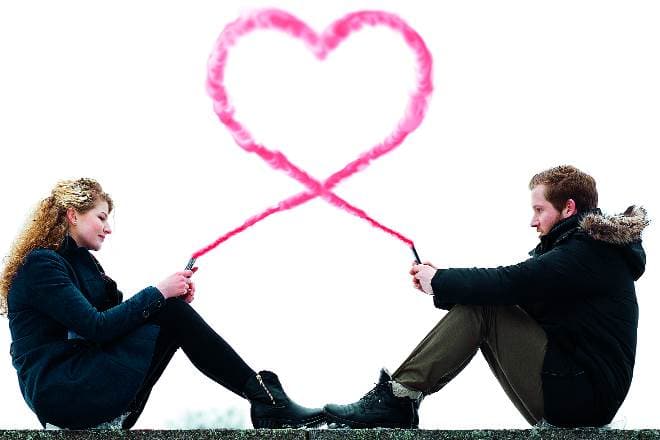 The mobile revolution has enabled single people to find that certain someone at the swipe of a finger.

A cultural shift in India has resulted in a change in the traditional matrimonial market over the years, with players rushing to update their platforms in order to stay relevant. Not only that, it has also led to the mushrooming of dating applications, with international brands such as Tinder and Happn jostling for market share and mind share along with other homegrown players.

No more are profiles on a Shaadi.com or Jeevansathi.com handled by parents or aunts as youngsters are getting conscious about connecting with the right person. Further helping them achieve this goal are dating apps such as Floh, TrulyMadly, Tinder, Happn, etc that focus on helping two people connect through common interests, which may or may not result in marriage.

The mobile revolution has enabled single people to find that certain someone at the swipe of a finger. But users are quick to judge the quality of an app/site based on the initial experience of signing up and searching for a match. As the India and ‘Bharat’ story plays out, how are matrimony sites and dating apps evolving to keep audiences interested in the digital match-making game?

The strategy that dating players adopt is to position themselves as a community where interesting people can meet. Take Floh for example, which prides itself as a real-life curated community of singles, or Happn which calls itself a meeting app. “If you look at Tinder, it is breaking down all sorts of barriers — geographic constraints and conventional social norms. Even individual fears/biases are being overturned,” states Taru Kapoor, India head for Tinder.

“Western apps assume that it’s okay for a guy to walk up to a lady at a bar. That is very rare in India. This means we need to customise our approach,” highlights Siddharth Mangharam, CEO and co-founder of Floh. “Furthermore, we don’t position Floh as a matrimonial, so everyone is relaxed and thus, ironically, more marriages happen.”

But the question is, are such dating apps eating into the market of existing players in the matrimony space? With dating apps coming to the fore, the market is surely getting divided as both cater to different sets of audiences. While dating apps target 18-24 year olds, matrimonial sites are clearly aiming for people above 24 years.

“We don’t see people moving away from our models to dating apps to find a partner. In fact, there is a very small number of people that overlaps,” asserts Gourav Rakshit, CEO, Shaadi.com. “It is very early in the game right now to ascertain if they are any competition to us. At a macro-economic level, it will not hurt us.”

Sachin Bhatia, CEO and co-founder, TrulyMadly counters, “We are pitched against matrimonial players but for them to get into this dating space is difficult.”

Interestingly, what players in both segments assert is the fact that dating and matrimony through apps and websites is still an urban phenomenon and they are yet to see major traction from tier 2 or 3 markets.

TrulyMadly is the only player asserting that 45% of its user base is from the non-top 10 cities.

Then there are others like Happn, which officially launching the app in India and signed on a brand ambassador – Bollywood actor Hrithik Roshan – a first for any player in the dating app space. “We think this will help us spread word of mouth and gain traction amongst the Indian population,”says Didier Rappaport, CEO and founder, Happn.

However, there is a social taboo in India around dating and while one may have lots of happy subscribers, the question is, are they talking about you?

Marriages are made in heaven, but business models are not. Therefore, to be viable, players in both segments are dependent on a freemium model. Rohan Mathur, business head, Jeevansathi.com, states that its membership plans ranging Rs 3,700-4,800 per month enable users to contact another person and chat with them, among other personalised services. “It enables more visibility and makes the search faster and relevant. This is important for sampling and invites a lot more engagement,” Mathur says.

Meanwhile Shaadi.com claims to see a 15-20% growth annually, with almost 75% of its audience now representing themselves rather than by their family members. “We may explore micro-payments going ahead to ease the experience for the subscriber,” mentions Rakshit.

Dating apps too are on the same path. For example, TrulyMadly has two in-app purchase options – Sparks and Select for Rs 199 and Rs 599, respectively. Bhatia reveals that appoximately Rs 25 lakh revenue is garnered from in-app purchases per month and around Rs 10 lakh from advertising per month.

On the other hand, Floh is a premium service with membership plans starting at Rs 1,250 per month. With over 80% of its members active even a year after sign-up and over 5,000 paid members, it implies that users are fine with churning out a premium. While advertising is not that big a revenue contributor currently, events are emerging as a scalable revenue stream. Be it comedy clubs, restaurants or creative writing, dating apps are doing it all to leverage on word of mouth.

Tinder partnered with Terribly Tiny Tales in January this year on a campaign to crowdsource Tinder stories and anecdotes, which saw over 500 entries in less than two weeks. TrulyMadly has tie-ups with Starbucks, Café Coffee Day, Book Barter Club, OML, etc but sees downloads going up only if it is a large scale event.

“India is not an easy market to navigate. It was difficult for us to establish in the beginning, so we looked at events as gratification. Till you don’t have a critical mass, events won’t help. We are charging our members now to be a part of events and those are the sticky users,” states Bhatia.

Floh claims 75% its revenue comes from subscription and 25% from brand tie-ups and events. But Mangharam adds that events are not enough for sustenance – they have a huge cost, lower margins and can be a major revenue stream only when held in conjunction with others. The company organises over 500 events a year including single malt evenings, cook-outs with celebrity chefs, sailing, vintage car rallies, treks, book readings, art gallery visits, etc.

Expansion seems to be the name of the game for these apps, with TrulyMadly toying with the idea of a separate app for the LGBT community, which is likely to be unveiled in the next two to three months. It has also expanded into international markets, having launched in Kenya recently and possibly, South America later. Besides, it is also looking at launching vernacular versions of its app as well as a mobile web presence.

Then there is Grindr and Scruff for gay men and Bristlr – a dating service for bearded men. As the market tries to serve niche categories for segmented audiences, apps like Aisle, Matchify, Waltzz and Woo are also making hay while Cupid strikes.