Most enterprise devices—new generation laptops have started migrating—still use HDDs, despite faster and efficient solid-state drives (SSD) in existence for close to two decades now. 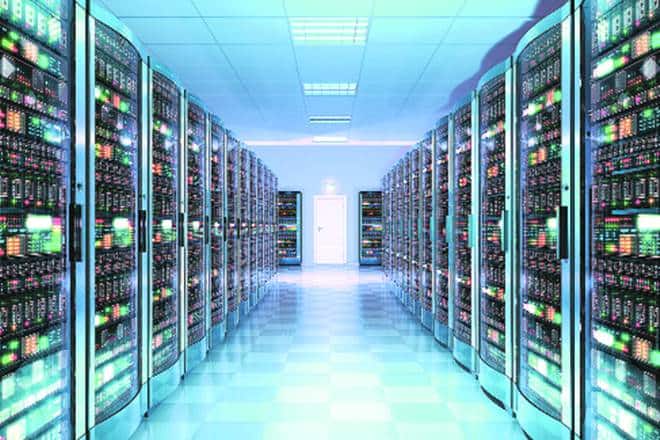 Most enterprise devices—new generation laptops have started migrating—still use HDDs, despite faster and efficient solid-state drives (SSD) in existence for close to two decades now.

One of the important nodes of computing has been storage. Through the transition in the modes of computing from DOS to Pentiums and Kabylake processors over the years, the storage device has remained static or held fort. IBM introduced the hard disc drive—HDD—in the year 1956 at just 3.75MB at that point of time. Although the technology encapsulating HDDs has changed a lot since then, the drives have been the first choice for both home users and enterprise customers. In fact, most enterprise devices—new generation laptops have started migrating—still use HDDs, despite faster and efficient solid-state drives (SSD) in existence for close to two decades now.

Teradata, a data management and solutions provider, is all set to upend the HDD business. The Dayton-based company last month announced the launch of an all-SSD enterprise server, Intelliflex 2. It claims that with the cost of SSDs now matching that of HDDs, it is possible to create more efficient and quieter solutions for users . The server, no doubt faster than the HDD counterpart, had 3.5 times the storage and 7.5 times the performance for computer analytics. More important, it could do all this with a reduced carbon footprint.

Also Read
Xiaomi Redmi Note 4 goes on sale on Flipkart: Price, specs & features
The Flipkart story: A timeline of funding from 2007 to 2017
WhatsApp Web: How to use multiple accounts and sessions in browser
Nokia 3310 relaunch: Feature phones are not dead, it’s too early to write an obituary

“We specifically designed IntelliFlex to meet these demands inexhaustibly. By transitioning to all-SSDs, we now provide an all-memory appliance capable of delivering up to seven times the compute power per cabinet of our previous product, plus rapid performance elasticity that is simply unmatched in our market,” said Oliver Ratzesberger, executive vice president and chief product officer at Teradata. Does that mean the death knell for HDDs as we know them?

Hard or solid-state
Not many wonder or care where the data comes from, but there is a lot of difference, besides the price, between HDD and SSD . In the simplest terms, if you hear a screechy noise coming from your system, those are hard-drives for you. HDDs record data on one or more rotating disks using a magnetic arm. The drive can store and retrieve data in any order—this is what creates a problem when the drive is overloaded. On the other hand, SSDs are faster as they have no mechanical components and store data using integrated circuits, which makes them quieter and less prone to damage.

The SSD has a storage advantage over HDD as the capacity of HDD is 12TB whereas the SSD has a capacity of 60TB.
But , despite SSDs being faster, smaller and efficient—they have been losing out to HDD due to the price tag. Teradata feels even that advantage is waning. The company says that SSDs have reached a crossover point in terms of protected data, ie, the amount (in US dollars) one shells out per protected terabyte of data is about the same for both drives. But for consumers, there is still a lot of difference, with SSDs being the expensive option.

Writing off HDDs
SSDs are looking at ungodly innovations in the coming years. Intel seems to have made a new breakthrough in non-volatile memory—used for secondary or persistent storage—which can incorporate more data at a faster speed than current HDDs. More important, it allows overwriting, but that again is an expensive proposition and would take some time before it hits the market.

Notwithstanding the differences, HDDs may not be easy to write off as there is some innovation happening within the HDD space as well, aimed at increasing the longevity of these drives and maintaining their cost advantage.

Marriage of convenience
But even if SSDs do beat HDDs on price, there is yet another category which is often ignored. SSHD—an amalgamation of both technologies—is also gaining ground given the fact that it provides the best of both worlds. Although SSDs are faster, where they lose out is the life cycle, which gets shorter as more calculations are done by the system. In that sense, SSHDs offer an alternative where a little compromise on computing power can offer better lifecycle coverage and at a better price point.

In the technological world, it is not prudent to write off anything too soon. Microsoft and others had announced the death of SSDs five years ago, but the technology has taken off since then. It would be a grave mistake to do the same for HDDs at this juncture. As Sunil Jose, MD, Teradata India, says: “This latest innovative update in our flagship IntelliFlex platform will provide a massive boost in compute performance, data capacity and energy efficiency helping businesses gain maximum output with a significant increase in their existing data processing capabilities.”
Well, while Teradata, may find takers for its faster server, whether that would be the start of a revolution is something that time shall decide.

However, I do agree with Jose on one point: Data is growing faster than ever before and with this exponential growth, businesses across industry verticals have recognised the need for high-end performance solutions.

The writer was in Nice at the invitation of Teradata.