AP government is planning to establish one of the earliest cohort systems in India. An institute that will help develop blockchain programs to educate the masses about the technology. 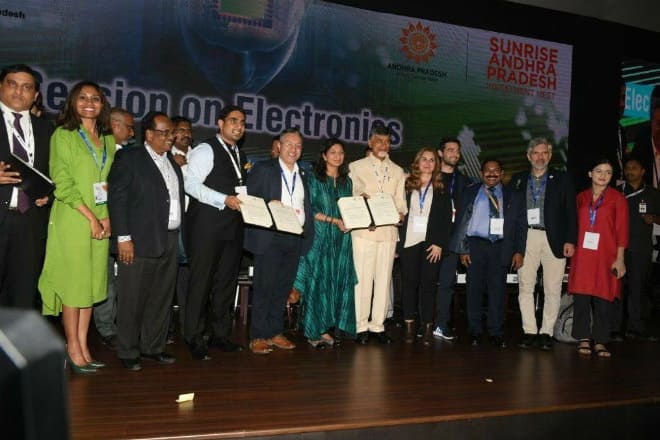 With rising interest in the Blockchain technology, the government of Andhra Pradesh has signed a Memorandum of Understanding (MoU) with blockchain technology company ConsenSys — a US-based firm founded by Ethereum’s co-founder Joseph Lubin. This partnership is to incubate an innovation system in the field of Blockchain in the state. This partnership will help rising technology companies in Andhra Pradesh to get expertise and advisory from the New York based blockchain startup. The release stated that the areas of collaboration will include land titling, supply chain, identity platform, electronic health records, among others.

Commenting on the plans of the state government IT minister of the state, Nara Lokesh said, “The Government of Andhra Pradesh has taken a lead in the country by incorporating Fintech including cybertech, Artificial intelligence, analytics and especially Blockchain as its key strategy for FY18. We believe that Blockchain technology has tremendous potential to revolutionize the way governments, institutions, and corporates function and is on its course to become the new normal.

The state government is further planning to establish one of the earliest cohort systems in India. An institute that will help develop blockchain programs to educate the masses about the technology. The state authorities will also be recruiting on behalf of ConsenSys Academy and will also subsidize infrastructural and operational costs for the academy.

Talking on the potential of the technology, Nara Lokesh further added, “It also has the potential to transform multiple industries and make processes more democratic, secure, transparent, and efficient. The State government has already taken the lead in introducing blockchain and has a vision of becoming blockchain-enabled through its digital assets by 2019.”

ConsenSys was founded in the United States in 2015 by the co-founder of Ethereum blockchain, Joseph Lubin. Ethereum is the second largest blockchain network after Bitcoin. The company claims to have over 600 employees and offices in London, Paris and Dubai.

While commenting on the technology being incorporated by ConsenSys, Kavita Gupta, Executive Director of the company said, “As the State of Andhra Pradesh swiftly transitions towards becoming a promising fintech ecosystem, with Blockchain at its epicenter, we are pleased to partner with the GoAP  to take the lead on this next generation technology – web 3.0 and entrepreneurship”.

While talking on the ConsenSys Education centre, Kavita Gupta further stated the drawbacks of the current education system and how it has not been able to keep-up with the emerging technologies. The ConsenSys Academy will be a blockchain education platform with a plan to educate the masses on the developing pace of Ethereum and other technologies as a whole.

Consensys has recently signed a contract with the European Union to kickstart the EU Blockchain Observatory and forum.