A new benchmark for budget tablets. 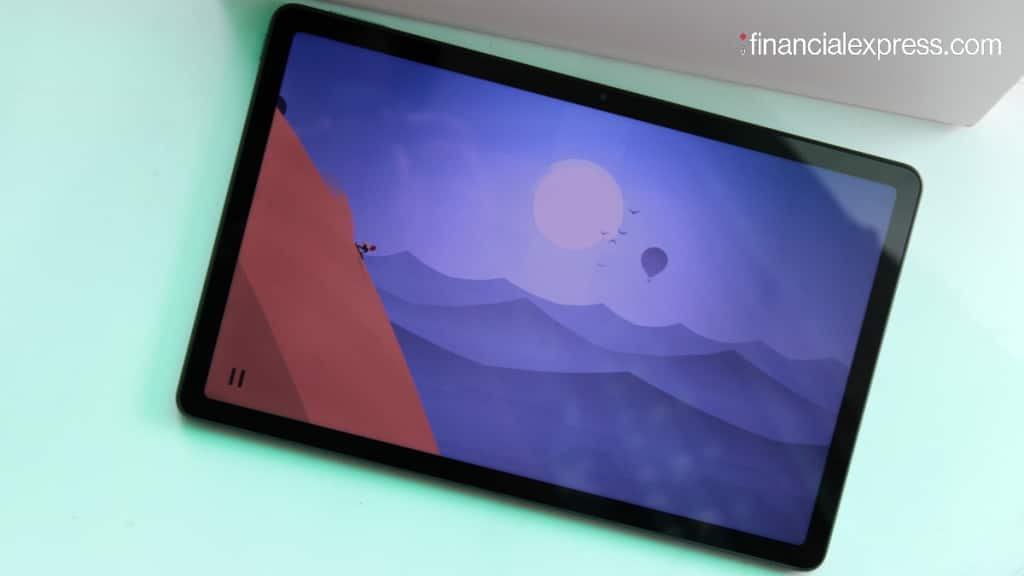 Let’s face it, buying a budget Android tablet is a chore. You don’t always know what you’re getting into. If you get the looks, the hardware leaves you wanting. If you get proper hardware –and design— then the software is a mess. You can’t have it all. That’s a big reason why we generally recommend the entry-level iPad for everyone regardless of who they are, although with the 10th gen model, we understand that it may not be the case anymore (the Rs 44,900 base price just doesn’t cut it). So, basically, we’re back to square one, is what you’d think.

But, hey, there’s always a silver lining. That glimmer of hope comes in the form of Xiaomi’s Redmi Pad. This tablet starts at just Rs 14,999 (but you might want to steer clear of that and invest in one of the higher-specced models instead for reasons we’ll find out over the course of this review) and tops out at just under Rs 20,000, which given its feature set, is terrific value on paper. You’re getting a sleek all-metal body, high-res screen with fast 90Hz refresh rate, capable processor, quad speaker setup, sizeable battery, and a pretty well-to-do user experience holding it all together cohesively. Turns out, you can have it all, after all.

The Redmi Pad would remind you of the iPad but in all the right ways. The squared-off edges, the top-seated power button, landscape speakers, even the physical dimensions (about 7mm and 450g) are all very iPad-like. There is also no headphone jack, like it or not. One can always argue that there are only so many ways to do a rectangular slab, and there’s every chance you can mess things up especially when you’re also looking to cut cost. Thankfully, Xiaomi took all that inspiration and put it to good use.

You’d be hard-pressed to tell that this is a budget tablet. It looks way more expensive than it really is. And it feels that way too— nice and premium from every perceivable angle. The metal build adds a bit of flair while keeping things solid and reassuring. But it isn’t hefty at all, contrary to how its spec-sheet would have you believe. The tablet feels neither too big nor too small regardless of the orientation you chose to work with meaning, you can actually hold this thing for long(er) without any awkwardness, the kind you get from most tablets in general.

Which brings us to the screen. We feel the Redmi Pad’s 10.61-inch display strikes the right balance between portability and productivity. It is more than ideal for the intended TG. The panel is LCD and has a 2K resolution (that’s 2000 x 1200p) with 15:9 aspect ratio and up to 400nits of peak brightness. Off-axis viewing is not a big problem here, in case you’re wondering. In some areas, it can punch above its weight, too. Like for instance, a 90Hz refresh rate isn’t very common for a tablet in this price range. There’s a bit of “smart” aspect to it too in that, the Redmi Pad’s screen can make some dynamic adjustments every now and then to save battery life.

An area where Xiaomi has beaten even Apple to the punch is the camera placement. The Redmi Pad’s front camera (this is 8MP) which you would most probably be using to make video calls is positioned in landscape where it should be, not in portrait as most tablets do. Xiaomi says it will bring a feature called Focus Frame to the Redmi Pad in the coming days through a software update which will allow this camera to –also— track your movement and widen the field-of-view by up to 105-degrees to keep subject(s) in frame. This appears to be somewhat similar to Apple’s Centre Stage in theory but we couldn’t test it since it’s not available at the time of writing.

The Redmi Pad’s software experience, also, is unlike anything else we’ve seen before in this price range. Even by Xiaomi’s own standards. The tablet runs MIUI 13 for Pad which is based on Android 12. There are three big takeaways.

That’s a winning combo— if you ask us— giving Xiaomi a triple advantage over its peers. But even more importantly, the Redmi Pad behaves like a winner. Obviously, the underlying hardware –which is MediaTek’s Helio G99 – has a lot to do with this, too, but this may be one of the few instances where everything works together in complete harmony, a rare feat for Android tablets in general, let alone budget ones.

The Redmi Pad is only limited by Android’s own shortcomings which is to say every once in a while some app would just fail to resize elegantly or appear to be blown/stretched out in order to fit a certain window or orientation. And while those instances do break the overall sense of unison, Xiaomi’s conviction to offer the best possible experience on Android and the Redmi Pad’s low pricing kind of makes you overlook those idiosyncrasies. Because as and when things work on this budget tablet, they just don’t run, they fly and that’s quite something.

While the hardware is quite capable for basic use, multitasking and even some gaming, you might want to be sure about your use case before buying the Redmi Pad. If you’re looking for multimedia consumption mostly, the entry-level variant with 3GB of RAM and 32GB of storage should suffice. The tablet supports micro-SD so storage won’t be a problem in the long run. But if you’re looking to multitask, Xiaomi categorically says that split screen, floating and multi-window only work on models with 4GB of RAM and above.  Safe side, we feel that you should avoid the base variant altogether and get the 4GB/128GB at least, unless budget is a constraint.

Battery life was generally good during our testing. The 8,000mAh battery inside the Redmi Pad should last most users a day and a half to two days at least on moderate usage. The tablet supports 18W fast charging.

Xiaomi Redmi Pad | Should you buy it?

The Redmi Pad is to tablets what the Redmi Note 10 Pro Max is to smartphones. It is the new benchmark, the gold standard by which every other tablet will be compared with going forward. And with the entry-level iPad venturing off on to a whole new journey with the 2022 model, the Redmi Pad has virtually no competition at all. It is, for all intents and purposes, the best budget tablet you can get in the market today.